Looking for more and better sex? If you’re a man, you might consider doing the dishes once in awhile. 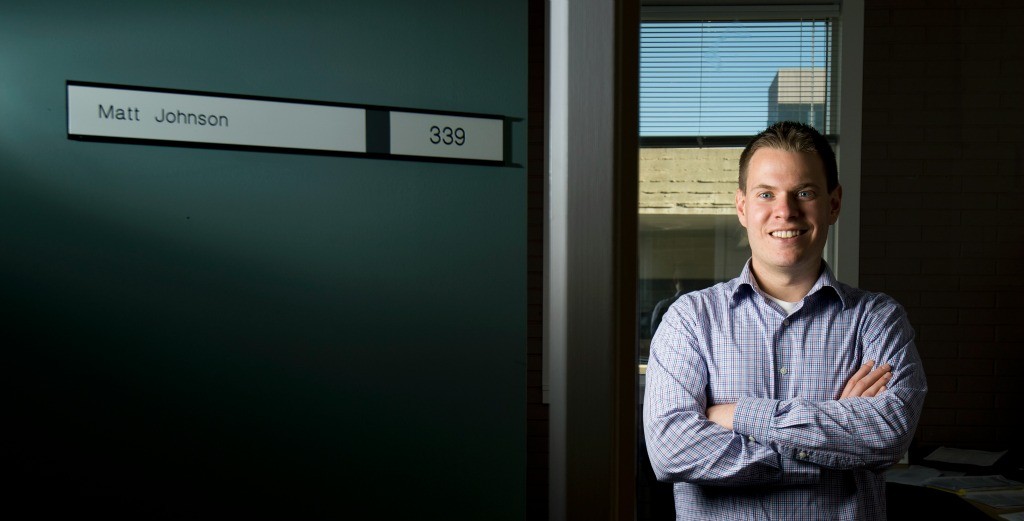 Matt Johnson found that when men perceived their contributions to the division of household labour as fair, the couple engaged in more frequent sex and both male and female partners were more satisfied with their sex life.

Looking for more and better sex? If you’re a man, you might consider doing the dishes once in awhile.

A new University of Alberta study reveals that couples enjoyed more frequent and satisfying sex for both partners when men made a fair contribution to housework. The same study also shows there’s no relationship between the amount of housework male partners complete and the sexual functioning of a couple.

The new study contradicts a widely reported 2012 U.S. study showing that when men perform what is regarded traditionally as female housework—things like doing the dishes, cooking and laundry—the couple had less sex.

“(That study) didn’t ring true,” said Matt Johnson, a family ecology professor in the Department of Human Ecology at the U of A. “It didn’t fit with my intuition and background experiences as a couples therapist.”

Johnson pored over data from a five-year study of 1,338 German couples to see whether the amount of housework the male partner did was a predictor of a couple’s sex life. He didn’t find any connection. He also looked at men’s perception of whether they made a fair contribution to housework, and how that was related to their sex life.

“In any relationship, the amount of housework is going to mean something different based on the couple’s context, based on their own expectations for what each partner should be doing, and their comparison levels of what happens with other couples they know,” Johnson explained.

He found that when men perceived their contributions to the division of labour as fair, the couple engaged in more frequent sex and both male and female partners were more satisfied with their sex life.

Johnson acknowledged there are cultural differences between Germany and the United States. He says Germany tends to have more traditional gender roles, and notes that some studies have shown that German men, on average, tend to do less housework than their North American counterparts.

“There are cultural differences, but if the logic held from the prior studies, we would have expected to have a more pronounced negative impact of housework on sexuality in Germany because it’s a bit more traditional. But that wasn’t the case at all,” said Johnson.

He added that the findings are important for couples seeking to maintain sexual intimacy while balancing the demands of daily life.

“Rather than avoiding chores in the hopes of having more sex, as prior research would imply, men are likely to experience more frequent and satisfying passion for both partners between the sheets when they simply do their fair share.”

The paper, entitled "Skip the Dishes? Not So Fast! Sex and Housework Revisited," was published online ahead of print in the Journal of Family Psychology.