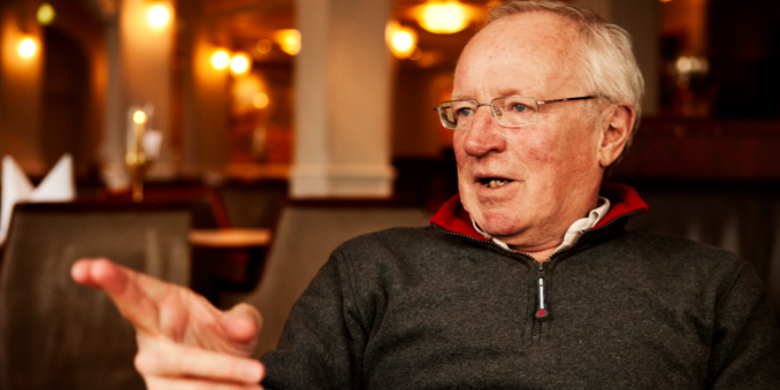 130201-robertfisk-banner
Robert Fisk, one of the world's most celebrated foreign correspondents, was a keynote speaker at UAlberta's International Week.

(Edmonton) One of the world’s most celebrated foreign correspondents slammed the press for its failings, weaknesses and clichés—especially in its coverage of the Middle East—during his presentation Jan. 31 during the University of Alberta’s International Week.

Robert Fisk, who has covered the Middle East for Britain’s The Independent for more than 30 years, said journalists “throw these clichés at you so the tragedy of the Middle East doesn’t look so bad.” The result is that people in the West have a sanitized and distorted view of the region’s complexity.

In his keynote talk for International Week—an annual U of A showcase of global issues that this year explores the theme of "Conscious Culture: Finding Paths to a Better World"—Fisk touched on his decades covering a range of conflicts including Northern Ireland, Israel/Palestine, the rise of al-Qaida, the Arab Awakening and the recent civil strife in Syria.

He said his vast experience has taught him that the conventional formula for balance in journalism—giving each side in a conflict 50 per cent of the story—has proven woefully inadequate. “The Middle East is not a football match,” he said. “It is a bloody tragedy of unending proportions, and I believe journalists have to adopt a different system of morality.

“Yes, I think we should be neutral and objective, but on the side of those who suffer,” rather than pandering to the excuses and rationalizations of abusive states.

He said there is far too much rehashing of government media releases and official statements passing for news, and he denounced an epidemic of euphemism in the international press, which, for example, increasingly replaces the phrase “occupied territories” in Palestine with “disputed territories.”

“In a dispute you have a couple of people arguing about a little bit of something, maybe over a cup of tea—with a couple of lawyers you can solve it.

“That wall (between Israel and Palestine) is more monstrous when you see it with the naked eye than it is in photographs or any film you see on television. But most papers don’t like to call it a wall; they call it a fence.” He also expressed his dismay at calling “what is clearly a colony a settlement, or even worse, a Jewish neighbourhood.”

Behind that fog of weak reportage, argues Fisk, is the stark reality that, in his estimation, there will never be a state of Palestine. On his last trip to the Palestinian territories, he was “stunned at the increase of these Jewish colonies,” in addition to roads for settlers, the cordon sanitaire (buffer zone to protect Israel) and even a nature reserve: “I don’t think there is land left for the Palestinians.”

On the Arab Awakening, which saw ruling regimes ousted in Tunisia, Egypt, Libya and Yemen, Fisk said the press has placed far too much emphasis on technology and social media as root causes of the uprising. In Egypt, dramatically improved education has made a far more important contribution to political consciousness, he said, and by the time of former president Hosni Mubarak’s rule, growing numbers of Egyptians had travelled widely outside their home country and had a basis for comparison.

“They knew what other countries were like and realized that people owned their own countries, whereas in Egypt, everything was the property of his lord highness Mr. Mubarak … suddenly the people of Egypt grew up, only to find that it was the government that was full of children.”

The problem and promise of schooling the world

Respecting the rise of China