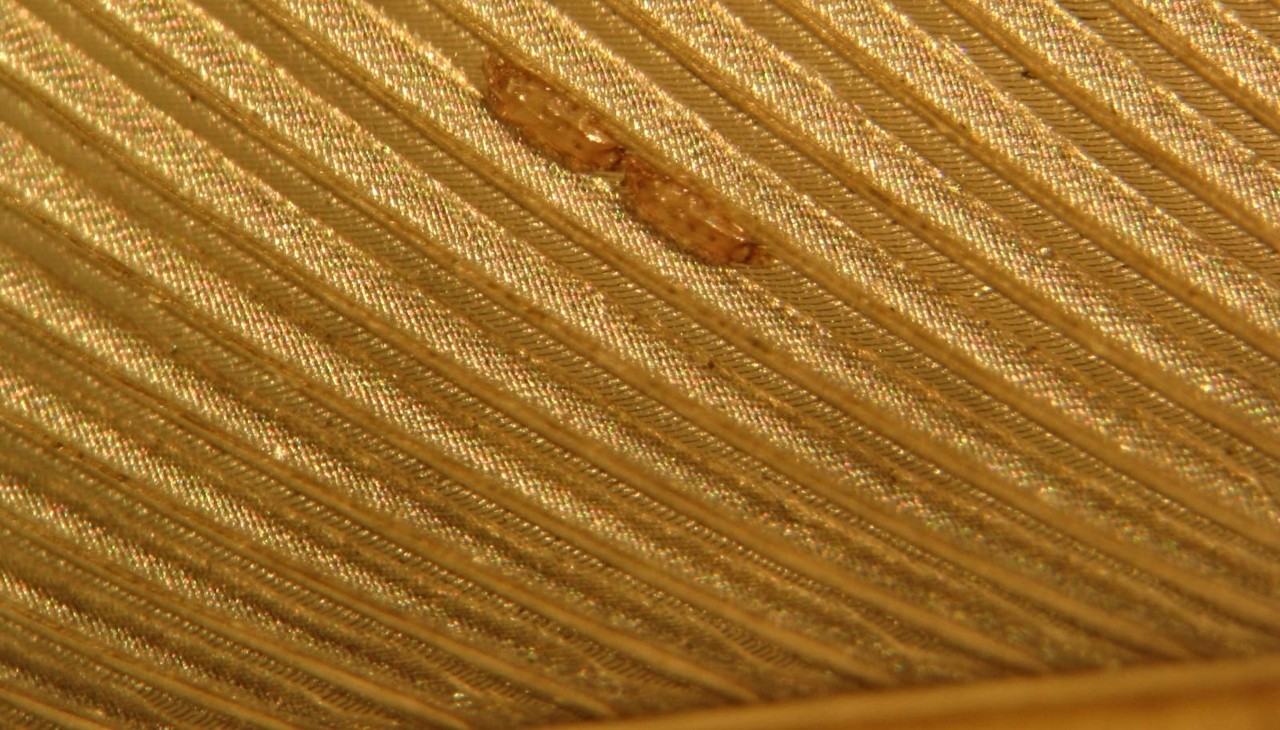 Feather mites, like those depicted here on a wing feather of a tennessee warbler, are harmless to their host birds—and possibly even beneficial, according to new research. (Photo: Supplied)

Feather mites and birds have a unique relationship: the mites help birds keep their feathers healthy by removing bacteria and fungi, while the birds collect food for mites to eat, according to new research out of the University of Alberta.

“Until we published this paper, our understanding of feather mites’ diet was limited to scattered observations that their guts often contained fungal spores,” said U of A biologist Heather Proctor. “We concluded that vane-dwelling feather mites do not eat feathers. Rather, they feed mainly on fungi and bacteria that get caught in or grow on the feathers.”

There are more than 2,500 species of feather mites that live inside the hollow quills of feathers, in the fluffy down and on the vanes of wing and tail feathers.

Until this study, vane-dwelling mites have often been assumed to be parasitic, like feather lice, which are harmful to birds.

Alongside undergraduate student Arnika Oddy-van Oploo, Proctor conducted a rigorous investigation of what vane-dwelling feather mites eat. The pair examined the gut contents of 1,300 individual mites representing 100 different species, collected from 190 bird species. The researchers augmented these data with genetic analyses of the diets of a smaller number of feather mites.

“Their diets indicate that they are either harmless commensals or possibly even beneficial mutualists that clean their hosts’ feathers of pathogenic microbes,” explained Proctor. “This may explain why birds have often been observed to be heavily laden with feather mites and have plumage that's in excellent condition.”

The discovery may have implications for those who work with wild birds, added Proctor.

“This information could also influence those who take care of wild birds in captivity, such as rehabilitation or in zoos, where birds are typically treated with chemicals to remove lice, which can also remove the potentially helpful feather mites.”

The study, “Feather Mites Play a Role in Cleaning Host Feathers: New Insights From DNA Metabarcoding and Microscopy,” was published in Molecular Ecology.