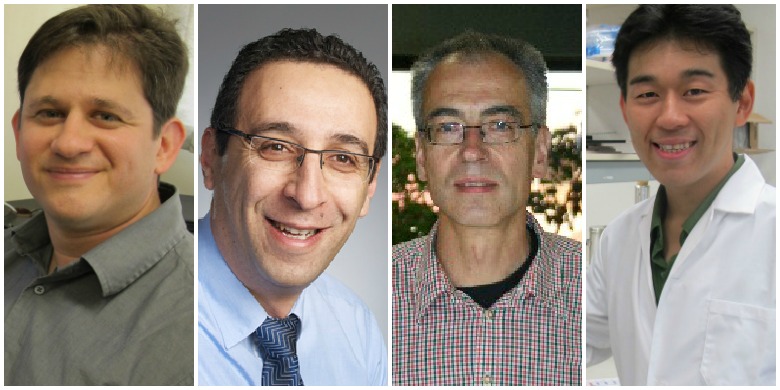 (Edmonton) Researchers from the University of Alberta will advance the treatment of diabetes, bone and joint problems, and muscular dystrophy, and fight parasitic agents by studying the inner workings of cells, through new grants from the Canada Foundation for Innovation (CFI).

Four CFI Leaders Opportunity Fund grants, totalling $1.07 million, were announced Oct. 16. The grants will pay for specialized technology and lab equipment in the faculties of medicine and dentistry and engineering.

Joel Dacks, an assistant professor in the Department of Cell Biology, will use next-generation DNA sequencing technology to explore the evolutionary processes that led to compartmentalized, complex cells called eukaryotes.

“This shift in cellular organization gave rise to nearly all life that we see today and changed the face of the planet forever,” said Dacks.

Dacks’s team will use the information from this technology to further investigate membrane-trafficking systems, essential for the transport of proteins and macromolecules inside and outside cells, to unravel the cell biology of eukaryotes.

His team hopes to gain a better understanding of the mechanisms and earliest origins of eukaryotic organelles through continued molecular evolutionary analysis of membrane-trafficking protein families.

His work could be a key building block for creating general models of membrane trafficking and identifying possible therapies to parasitic agents.

Marwan El-Rich, an assistant professor in the Department of Civil and Environmental Engineering, is exploring ways to restore normal function to injured and improperly functioning hips, knees, shoulders and other parts of the musculoskeletal system.

El-Rich plans to use mathematical modelling to gain a better understanding of the mechanical behaviour and function of musculoskeletal system components.

“For many injuries to parts of the musculoskeletal system, we’re not yet at a point where treatment is able to fully restore function to a pre-injury state,” said El-Rich. “There are many hip, knee, shoulder and spinal implants that come with a loss of normal active behaviour. Our ultimate goal is to help restore full function for patients and improve their quality of life.”

El-Rich will use the finite element model to investigate issues like stress and strain on bones and joints. Known for its ease of use and robustness, the finite model has been used extensively for pinpointing mechanical stresses and strains caused by physiological activities, pathological conditions and injuries, and surgical modifications.

Using modern mechanical testing devices, his team will measure tension, compression and torsion in a controlled environment. They will also use non-contact digital imaging to capture the exact deformation of bones and joints to determine the relationship with load.

Matthias Braun, an assistant professor in the Department of Pharmacology, is studying human islet cells at the cellular and subcellular levels, along with their electrical activity, to better understand insulin secretion to treat and prevent diabetes.

Type 2 diabetes, the most common form of the disease, is caused by insufficient insulin secretion from the beta-cells of pancreatic islets, combined with insulin resistance in tissues such as the liver, muscle and fat.

Insulin resistance is strongly linked to obesity; recent research has found that genetics also play a role in islet failure.

Braun’s goal is to better understand the physiology and pathophysiology of insulin secretion in diabetes.

“We expect that this will lead to new approaches for the treatment and prevention of the disease,” said Braun, a new investigator at the Alberta Diabetes Institute at the U of A.

Three million Canadians suffer from diabetes and another seven million are estimated to have pre-diabetes—elevated blood sugar and reduced sugar tolerance. Eighty per cent of diabetes patients will die prematurely from heart disease or stroke, and it’s estimated the disease costs Canada’s health system $17 billion in direct and indirect costs.

Toshifumi Yokota, an assistant professor in the Department of Medical Genetics, plans to identify molecular therapies for muscular dystrophies—a group of more than 30 genetic diseases characterized by progressive weakness and degeneration of skeletal muscle.

“Despite being a common disorder, there are currently no treatment options for muscular dystrophy other than mere relief of symptoms,” Yokota said. “We believe our research has strong potential to lead to treatments that could benefit Canadians and people around the world.”

Yokota’s research will focus on the emerging field of antisense-mediated exon-skipping, which involves encouraging cellular components to skip over an exon—part of a gene that contains DNA coding with instructions for the production of a specific protein.

In some muscular dystrophies, mutations in exons prevent genes from forming properly. Exon skipping involves using antisense oligonucleotides drugs to mask specific exons so that genes can form without mutations.

Yokota will target the protein dysferlin, which when mutated is associated with limb-girdle muscular dystrophy 2B and Miyoshi myopathy. Both are rare forms of muscular dystrophy characterized by progressive loss of muscle and weakening of voluntary muscles in the hips and legs.

Dysferlin is reported to play a key role in muscle membrane repair, and knowing more about the workings of each exon will help researchers design the most effective exon-skipping strategy. About five in one thousand people have a mutated form of the gene that creates dysferlin.