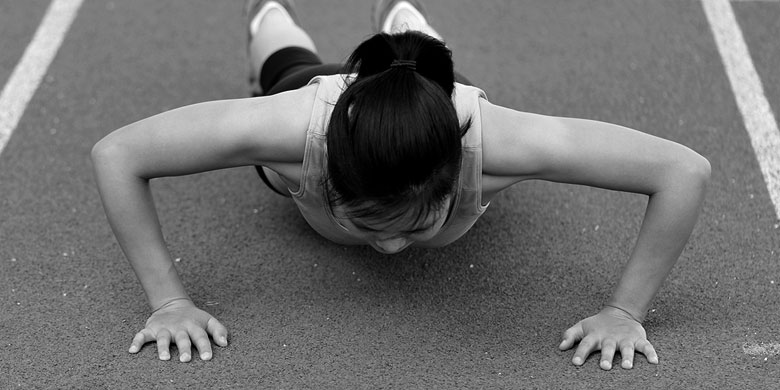 130208-femaleathleteadversity-banner
UAlberta researchers found that elite female athletes often feel a sense of isolation and pressure to take on personal and professional adversity by themselves.

(Edmonton) Elite female athletes often feel a sense of isolation and pressure to tackle personal and professional adversity on their own—even while struggling with issues such as bullying, eating disorders, depression and sexual abuse, according to research from the University of Alberta.

Researchers at the U of A interviewed high-performance elite female athletes to better understand the types of adversity they face, and more important, how they overcome it, learn from it and grow.

“Through a process of dealing with an event and searching for meaning in that event, individuals can grow in different areas of their lives,” said lead author Katherine Tamminen. “It can be changing a sense of priorities in your life, it can be identifying closer relationships in others, or gaining a sense of personal strength; however, growth is not guaranteed.”

Tamminen, who completed the work as part of her PhD studies in the Faculty of Physical Education and Recreation, explains that the study focused on female athletes because men and women deal with adversity in different ways, with women more likely than men to report personal growth.

For the study, she conducted one-on-one interviews with five athletes, aged 18 to 23 years, who collectively reported experiencing issues such as bullying, eating disorders, performance slumps, conflict with coaches, sexual abuse and preoccupation with suicide.

As “elite” athletes, many reported an overwhelming sense of pressure to succeed and cope with their issues without affecting training or competition—which often led to social withdrawal and feelings of isolation, of “living in a bubble,” says Tamminen, now a post-doctoral fellow at the University of British Columbia.

Some of the women reported feeling a sense of physical or mental toughness following adversity—a sense of knowing their limits—whereas others are still struggling through their issues.

Although some of the participants eventually reached out to family and friends for social support, it wasn’t until they joined the study and learned about others’ issues that these athletes realized they were not alone. Many told their stories as a way to give back and shed light on their issues, Tamminen says.

Co-author Nick Holt, a professor in physical education and recreation, said high-performance athletes derive much of their identity from being at the elite level, and this research contains valuable lessons not only for other athletes, but also for coaches, family members and even non-athletes.

“It’s not like the cliché interview at the end of a hockey game where the team coped with adversity because they weren’t playing well,” Holt says. “It’s about dealing with these really personally challenging incidents—many talked about being ‘destroyed,’ being ‘crushed’ and ‘hitting rock bottom’—and there are lessons to be learned here.”

The research was funded by the Social Sciences and Humanities Research Council of Canada and was published in the January issue of Psychology of Sport and Exercise.