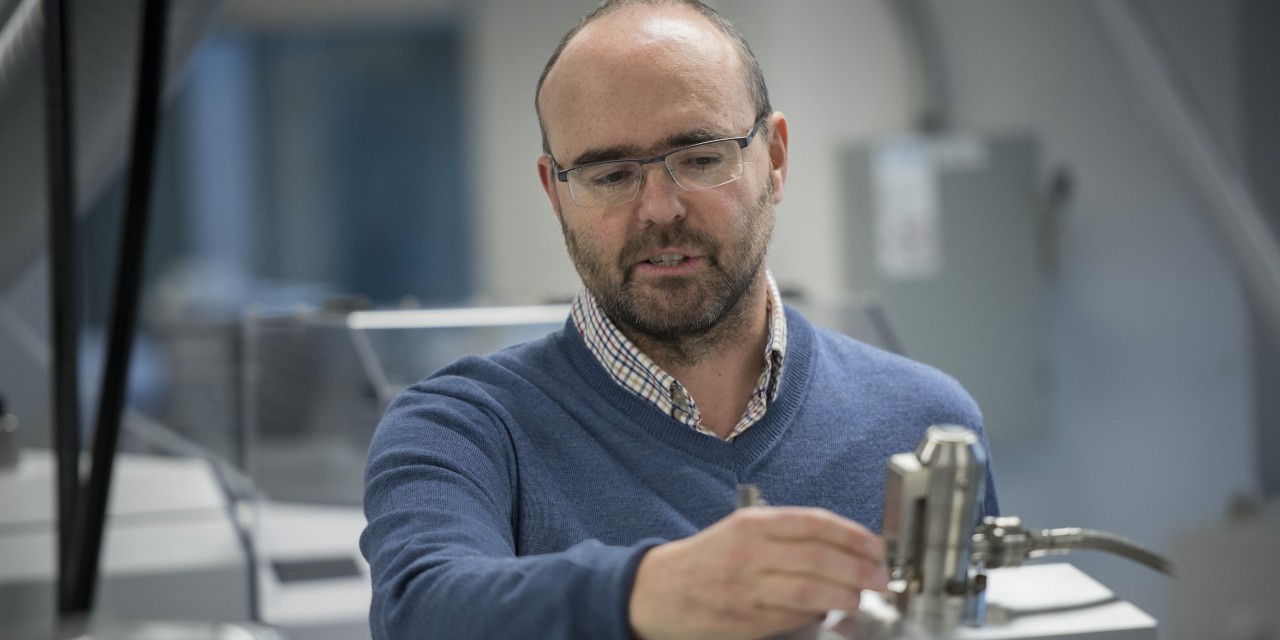 U of A geochemist Graham Pearson was part of an international research team that analyzed modern rock formed from magma and discovered chemical clues to how Earth formed. (Photo: John Ulan)

Chemical signatures recently found in rock formations are providing critical insight for understanding the formation of Earth, according to scientists.

An international research team analyzed kimberlites—a type of rock formed by cooling magma that sometimes carries diamonds—from around the world, including many from Canada.

“We found that kimberlites’ chemical signatures are remarkably uniform and very like the building blocks thought to have formed the Earth 4.55 billion years ago,” said University of Alberta geochemist Graham Pearson, who was a co-author of the study.

“We think this is the cleanest signal of this primordial signature found in any group of rocks on Earth.”

“This knowledge can help us understand the formation of the planets in the solar system as well as their relationship to each other.”

Earth’s interior is constantly cycling: minerals at the surface are continually returned to great depths through the movement of tectonic plates, Pearson explained.

“This mixing makes it very difficult to detect the starting ingredients—a bit like trying to detect the brand of flour that was used by tasting an overcooked cake. The final twist is that in the last 200 million years, these signatures became more scarce, likely due to events associated with the breakup of the supercontinent Pangaea.”

Pearson noted the discovery of these ancient, primordial signatures suggests that deep, isolated regions of pristine material within the Earth’s mantle have remained untouched by tectonic plate recycling for some 2.5 billion years.

The study, “Kimberlites Reveal 2.5-Billion-Year Evolution of a Deep, Isolated Mantle Reservoir,” was published in Nature.