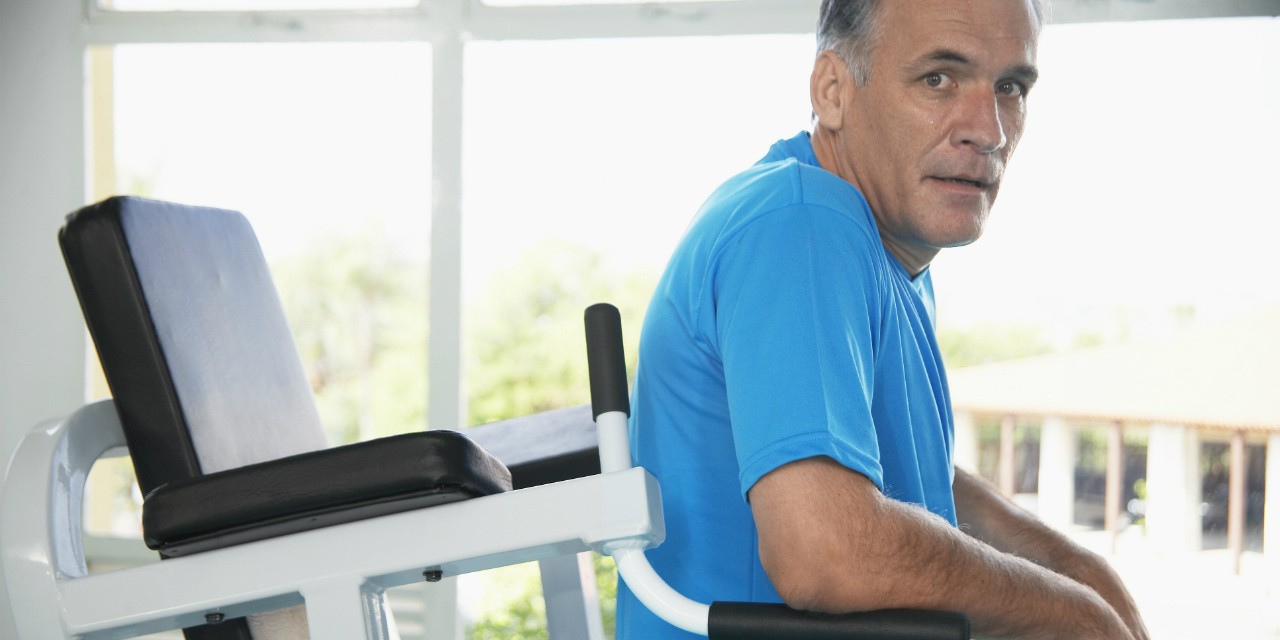 A new study of patients with prostate cancer will look at whether adding exercise to medical monitoring can potentially prolong the time before patients need aggressive treatment, or even eliminate the need for treatment.

In the first ever clinical trial of its kind, a researcher at the University of Alberta will test whether exercise can help patients with prostate cancer stave off invasive medical treatment.

Dong-Woo Kang, a PhD candidate in the Faculty of Physical Education and Recreation, will work with prostate cancer patients two to three times a week in a monitored fitness environment where patients will work through a carefully planned exercise program.

The researcher will look at how exercise affects tumour progression, patients’ fear of their cancer getting worse, and physical fitness.

In the study, dubbed the ERASE trial, Kang is focusing on patients with low-grade prostate cancer in active surveillance—a monitoring program in which they typically get a blood test every three months, and a biopsy once every year to year-and-a-half.

He said about one-third of Canadian men diagnosed with low-grade prostate cancer opt for active surveillance rather than more aggressive treatments like surgery, radiation or hormonal therapy, which can cause side-effects such as urinary and sexual problems. But active surveillance does not include any behavioural components in the current standard of care.

Kang noted that this lack of intervention may play a key role in why more than half of prostate cancer patients eventually need medical treatments.

“Tumour growth and fear of cancer progression are two main factors in why prostate cancer patients eventually opt for or need aggressive treatment,” said Kang. “By incorporating exercise and physical activity into active surveillance, we can potentially prolong the time frame before medical treatment is needed—or even remove the necessity of treatment.”

“Innate immune function, specifically natural killer cell activities, can find the tumour in the body and attack cells that promote tumour progression,” said Kang. “Studies have shown that one exercise circuit can actually increase immune function by four times, as well as a gradual

increase in basal immune function over weeks of exercise training.”

Kang believes the study may offer evidence that exercise helps slow tumour growth for the patients, further delaying the need for medical treatments.

“Fear of progression stems from the patients’ anxiety of not taking any course of active intervention to treat their cancer,” he noted. “They have a hard time doing nothing while the cancer continues to progress. Exercise can potentially help reduce the fear and anxiety patients may have from living with cancer.”

Along with buying patients time before invasive treatment, Kang hopes the patients in the study will improve their physical health so they can be better prepared when they eventually do need treatment—a benefit he believes may improve completion rates for treatment and eventually improve overall survival rates.

“I have been studying exercise in cancer patients since 2010 and have been interacting with many cancer patients during this time,” Kang said. “I believe exercise can not only be a helpful management tool for cancer, but can also be used as a critical part of standard care before, during and after treatment.”