New research by U of A biologists could aid fish conservation efforts in provincial parks in Alberta and British Columbia. 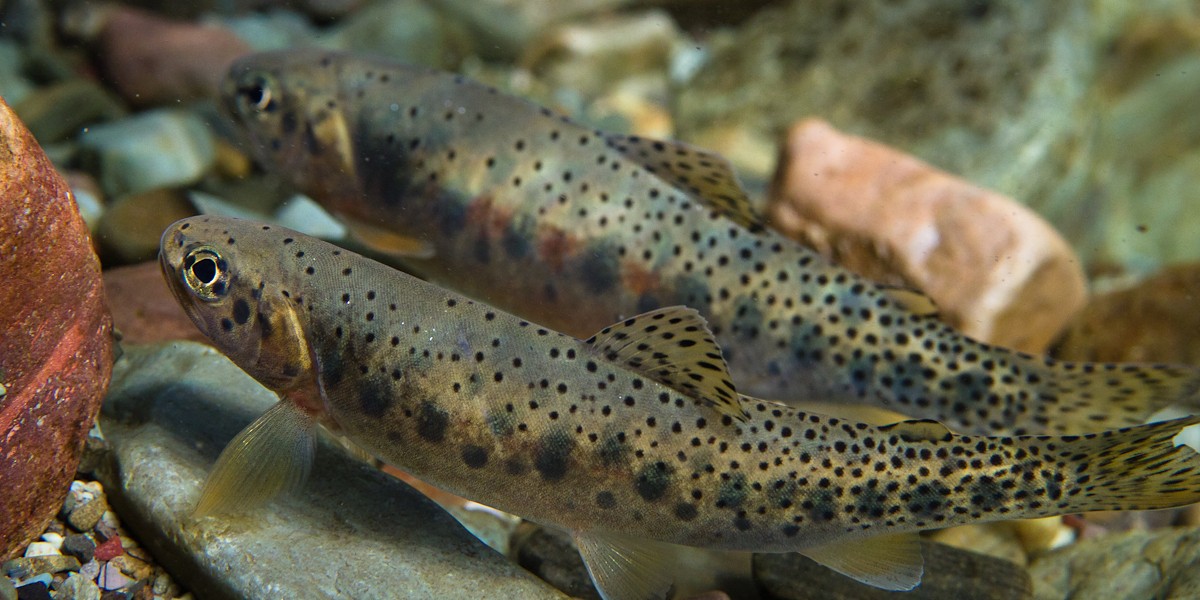 A new technique developed by University of Alberta biologists can determine whether certain fish populations are native to lakes in national parks.

“When you hold a fish, their scales feel slimy,” explained U of A biologist Rolf Vinebrooke. “Fish DNA sloughs off in their slime, so to speak, which is released into the water. Using eDNA analysis and standard sediment dating techniques, we can determine which fish species were in a particular lake at any given time.”

“The challenge for biologists in the coming generations will be to preserve native biodiversity and genetics under enormous anthropocentric pressures like climate and land-use change,” added study co-author Mark Poesch, associate professor in the Department of Renewable Resources.

“We've already seen numerous extirpations and extinctions in the past 100 years. This paper helps address the first step in dealing with this challenge by asking, 'Did these lakes have native endangered species?' The answer to this question can help save not only species, but also money and energy in directing people to areas where these species were known to exist,” Poesch added.

Over the last century, many lakes in provincial parks have been stocked with non-native brook and rainbow trout, while those in national mountain parks were no longer stocked after UNESCO designated them as World Heritage Sites. In Canada, some lakes remained populated by exotic fish species while others either contain native species or are naturally fishless.

In the study, the researchers focused on detecting identical native westslope cutthroat trout and Yellowstone cutthroat trout, along with rainbow trout and brook trout, in Marvel Lake and Mystic Lake in Banff National Park.

“We’re operating with a lack of reliable historical data about which fish were introduced where, and when,” said Vinebrooke, co-author on the new study alongside former graduate student Hedin Nelson-Chorney.

“If lakes are shown to have been naturally fishless using our eDNA approach, then Parks Canada may want to remove stocked fish from those sites to restore them back to their natural states.

“Similarly, if our findings show that a lake containing native fish was once stocked with non-native species, then the decision may be to remove them to negate any invasive impacts on the ecosystem.”

The results have the potential to change the conservation status determined by Parks Canada for a few lakes in the province.

“For example, in Mystic Lake we discovered that the resident cutthroat trout was native—in this case, westslope cutthroat—rather than introduced, such as Yellowstone cutthroat, as previously thought during the 20th century. In Marvel Lake, we determined that in this previously thought fishless lake, there already existed a native trout population prior to it being stocked with non-native trout during the 1920s,” explained Vinebrooke.

The approach can be applied in other lakes as well—anywhere scientists are curious to learn about the ancestry of resident fish populations.

“There exists potential to advance our approach to investigate salmon population dynamics along the West Coast,” said Vinebrooke. “Here, interest lies in reconstructing the size of the annual run of salmon using their sedimentary eDNA in nursery lakes.”

The findings have implications for future conservation policy not only within Alberta and Canada but also globally.

The study, “Environmental DNA in Lake Sediment Reveals Biogeography of Native Genetic Diversity,” was published in Frontiers in Ecology and the Environment.