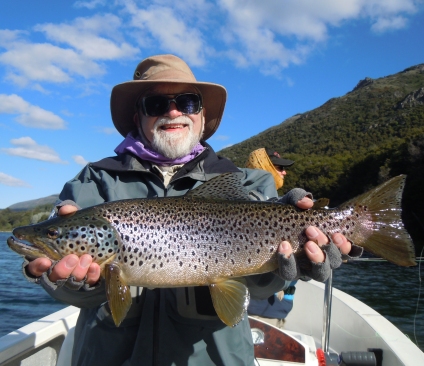 Bruce Dancik shows off an impressive catch. Dancik accumulated one of the world's finest collections of fishing literature over 60 years as an avid fisherman and reader. (Photo courtesy of Bruce Dancik)

Fish stories: Rare collection of angling lore featured in popular U of A exhibit 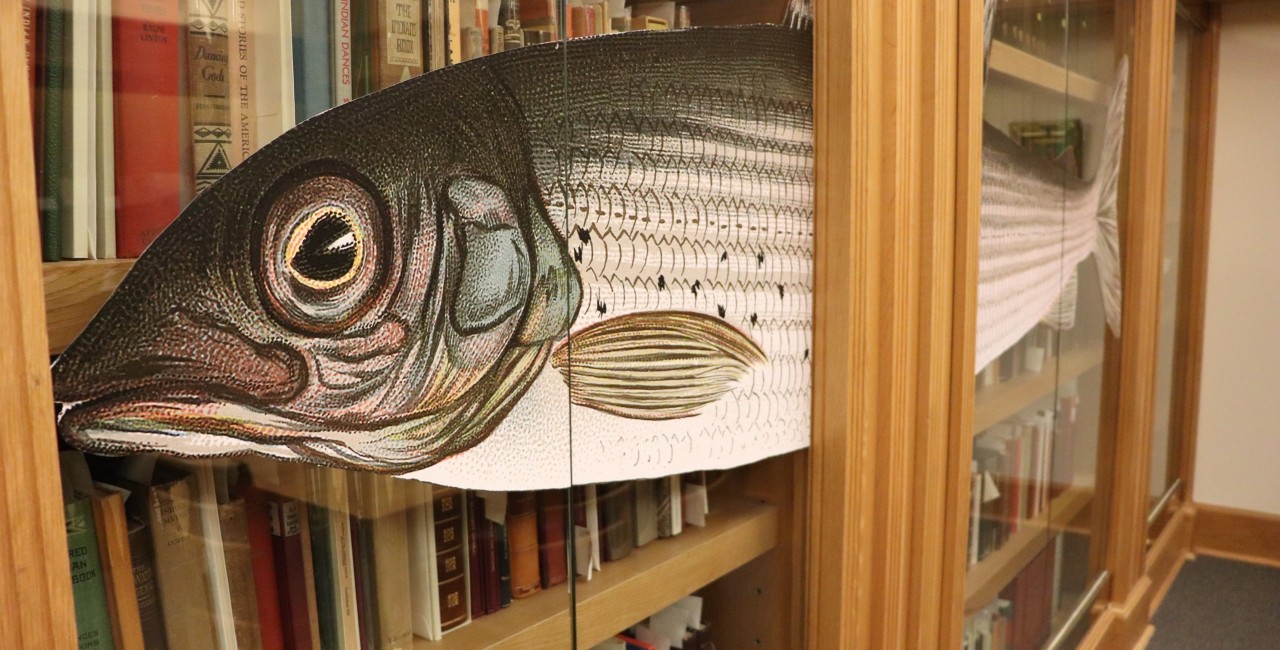 A new exhibit at the U of A's Bruce Peel Special Collections Library showcasing rare fishing books and memorabilia is the most popular exhibit in the library's history. (Photo courtesy of U of A Libraries)

Growing up in a suburb of Chicago and summering in northern Wisconsin, Bruce Dancik idled away his summers, as many youngsters do, fishing.

And though the University of Alberta professor emeritus doesn’t remember the first fish he caught, the charge that ran up his arms when he hooked his first big fish still tingles more than 60 years later.

“It was a pike from the High Falls Reservoir on the Peshtigo River,” he said. “I caught it with a bay casting rod before they had spinning reels. You had to thumb the reel so the line wouldn’t overrun and snarl.”

That fish and other early memories of casting into lakes, rivers and streams formed the footing for a 60-year love affair that turned into one of the world's pre-eminent collections of rare angling books and print ephemera.

Dancik’s collection, which includes 4,000 books and an equal amount of collectibles (including a fish tie) and hundreds of flies, has inspired the most popular exhibit, A Contemplative Angler, in the history of the U of A’s Bruce Peel Special Collections Library.

“Fishing is a spiritual occurrence in many ways, particularly for those of us who aren’t religious,” said Dancik. “Something happens when we’re out there, as they say, communing with nature. I think that’s the appeal.”

“My mother was an inveterate user of the library and would take me all the time. I would pick up sport and fishing books, but it wasn’t until university where I really started collecting.”

Passively thumbing through a University Women’s Club book sale while attending the University of Michigan in the early ’60s, Dancik came across a copy of Return to the River by the famous Canadian natural historian Roderick Haig-Brown.

As far as collections go, Dancik couldn’t have picked a subject more in abundance had he collected rocks.

“There are more books published on and regarding fishing than any other sport, by far,” he said.

His newfound hobby tied in nicely with his chosen profession, an academic in the world of wood plants, trees and shrubs, which brought him to the U of A’s Department of Renewable Resources in 1973.

“I was always surrounded by (plants) along streams and lakes, so it was a natural fit,” said Dancik, who was director of the Devonian Botanic Garden from 2001 to 2011 and is a fellow of the Royal Society of Canada.

Past that first Haig-Brown book, Dancik’s treasures include 30 to 40 editions of Izaac Walton’s The Compleat Angler, one of the world’s earliest fishing books.

“With more than 500 editions, it probably has more editions in English than any other book, save for the Bible,” he said.

The real prizes, however, are John Waller Hills’ A Summer on the Test (1921), with drypoint illustrations by Norman Wilkinson, the artist who invented dazzle camouflage paint used to protect merchant shipping vessels during the First World War.

It was owning that book and others with an exponential value that got him thinking about donating his collection to the U of A.

“Pragmatically, I was running out of room, but also worried more about an accident,” he explained. “I own them, but that is also a short-term, ephemeral thing. I was just the caretaker.”

Robert Desmarais, a special collections librarian at the U of A, said what sets this particular collection apart is its beauty—from bindings and copper engravings to illustrations and paintings—and its academic appeal.

“Some of the books in the Dancik collection are considered Canadian cultural property, which means they have been deemed to possess national and regional significance for research fields that range from sports and recreation to ichthyology and ecology,” said Desmarais.

And while Dancik is winding down his collecting, he doesn’t foresee a reduction in his time fly-fishing.

“I used to tell my wife when I die I want my ashes strewn on the North Ram River (south of Nordegg) so the chub could get even.”

Fish stories: Rare collection of angling lore featured in popular U of A exhibit