New eating and shopping habits likely here to stay as pandemic measures ease, U of A food economist predicts. 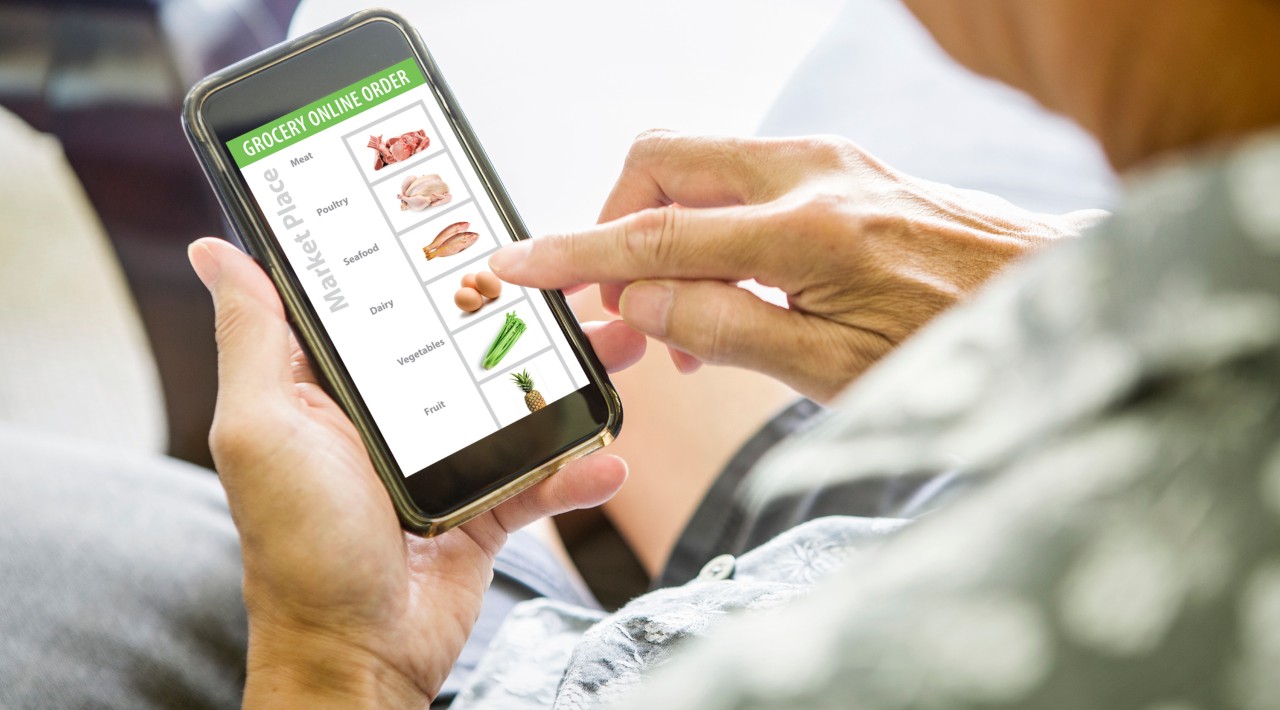 Online grocery shopping and restaurant delivery will remain more popular after the pandemic, and could put pressure on traditional food retailers as new services enter the market, according to a U of A food economist. (Photo: Getty Images)

Eating at home more and sticking with online delivery or takeout are habits likely to persist even as pandemic measures ease, according to a University of Alberta expert.

“The ‘new normal’ is unlikely to be the same for retail and food service as life was in January of 2020,” when the first case of COVID-19 was reported in Canada, said Ellen Goddard, a U of A food economist.

The government’s emergency measures to contain the spread of COVID-19 changed the retail landscape almost overnight, as roughly 30 per cent of the food dollar Canadians were spending on meals away from home shifted to grocery stores when restaurants were closed.

”People realized that their food habits needed to change,” said Goddard, who analyzed COVID-19’s initial impact in a study published in the Canadian Journal of Agricultural Economics.

While fear of catching COVID-19 or facing future food shortages will likely keep people shopping the same way they have for the past two months, they shouldn't worry about the security of the food supply, she said.

“It’s not like you’re never going to be able to buy food. Buying the same variety and same freshness from the same source—a lot of that may change—but that doesn't mean your diet will be compromised. You will be able to eat well.”

Here’s what she predicts could happen.

Though shortages of supplies like toilet paper have eased since the pandemic began, the instinct to stockpile will linger, Goddard predicted.

“Before the pandemic, many people had never seen empty shelves before and now know it's possible. People used to buy things they needed at the moment, and I think that kind of shopping is gone.”

They’ll likely buy more of a product when it goes on sale, and will also reach past convenience foods like frozen meals for staples like flour, rice and canned goods.

“Stockpiling is easier if you buy ingredients rather than finished products, and staples are more flexible to work with. People have been experimenting at home over the last two months and have found they can save money and have some variety.”

People are going to be more worried about food safety associated with workers being sick. “When we hear about meat plant workers or inspectors being sick, we start wondering, ‘Is there a problem with the safety of the meat?’”

While it’s tough to predict how people will react, those with stable incomes will likely try to buy at farmers’ markets, from farms directly or from locally owned shops even if it costs more because, Goddard said, “People tend to feel safer buying local.”

“It’s going to take a while for people to not want that again,” said Goddard. “There’s starting to be evidence that people have been avoiding fresh bulk produce in favour of frozen.”

“A lot of people have now acquainted themselves with online shopping and will keep doing that because they’ve realized there’s an enormous diversity available, which has increased since the beginning of the pandemic,” said Goddard.

There’s been an escalation in websites and online ordering—not just from traditional grocery stores, but also from farms, farmer's markets, specialty stores like bakeries and food distributors, Goddard noted.

That shift, however, poses a challenge for introducing new products into stores.

“If people are shopping online, how will stores encourage shoppers to try a sample? Food retailers and processors will have to work together to introduce new products in new ways,” explained Goddard.

Grocers will lose out on impulse buys, she added.

“There are fewer people buying candy at the checkout line, since you can be more disciplined in what you buy online.”

“Some of these companies such as Sysco Canada are reorienting to provide food directly to consumers in their homes,” said Goddard.

Shoppers can expect to pay more as pandemic-related costs are passed along.

“Illness at processing facilities could cause bottlenecks in the supply chain and affect the price of food,” said Goddard.

To protect workers, production lines at facilities like meat processing plants may also have to be slowed down, meaning less product and more cost to produce it. Plants will likely have extra sanitation practices that take time and money.

“That will show up in the shelf price at some point,” she said.

Foreign workers brought in to plant and harvest North American food crops will need to be quarantined, which is likely another cost the producer will pass along to consumers.

The expense for personal protective equipment, plexiglass and wage hikes for store staff will also be passed on to consumers, Goddard said.

The restaurant sector could be a big economic loser, Goddard said.

Though restaurants and bars are opening up now, they are required to limit the number of patrons they serve at a time and maintain physical distancing, which leaves them reliant on takeout and delivery service they may have built up during the lockdown.

“We aren't having these establishments packed to the gills—all of that is history,” she said. “Hopefully the online business they’ve built up doesn’t go away, and it won’t if people like restaurant food.”

But she expects a big hit to jobs in the food service industry.

“We can’t predict how many people will be going back to work. If you have half or a third fewer customers, how many people are you going to employ? A lot of those service jobs may not come back, or it may take until we have a vaccine,” said Goddard.

The research was funded by the Co-operative Program in Agricultural Marketing and Business at the U of A.