Five-year-old ‘Dinosaur Kid’ from Colorado chooses Alberta over Disney World, brings family vacation to U of A

After taking Dino 101 six times, young Remy Rodriguez knew exactly where he wanted to go for his summer vacation. 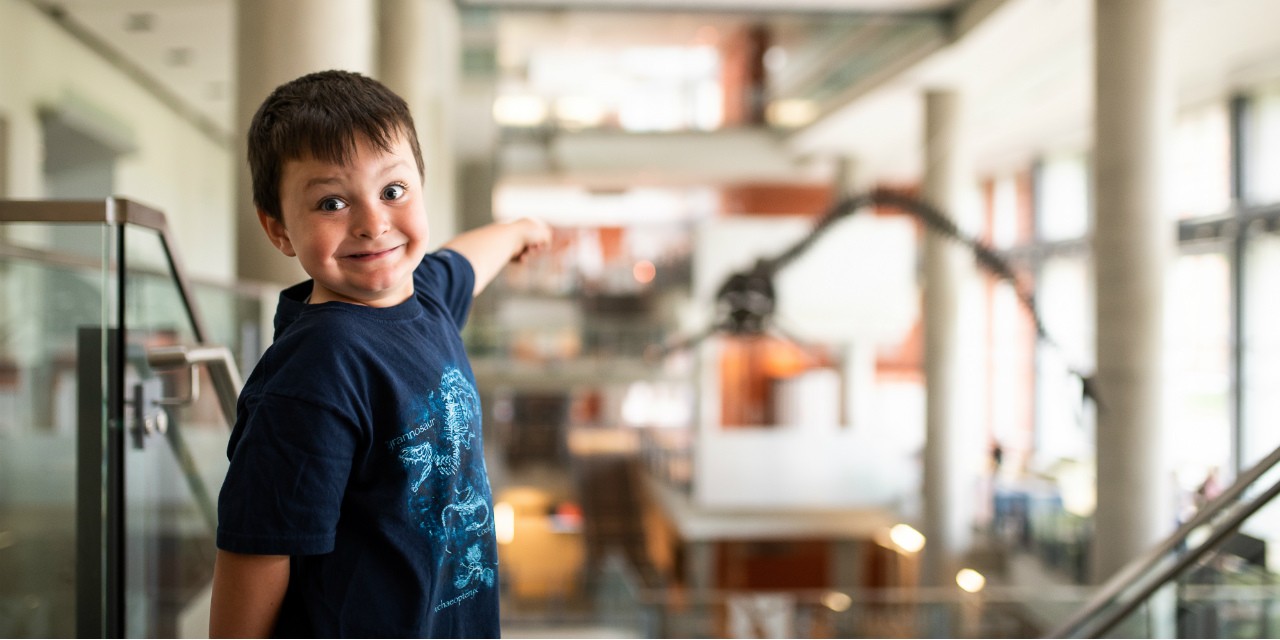 Remy Rodriguez points out the skeleton of an ancient marine reptile known as elasmosaurus on display in the U of A’s Centennial Centre for Interdisciplinary Science. (Photo: Dawn Graves)

When Colorado resident Michelle Rodriguez asked her five-year old son where he wanted to go go on holidays as a birthday gift, he didn’t hesitate: “Alberta, Canada.”

While his choice of destination came as a surprise—his parents had expected him to say Disney World—it wasn’t entirely out of the blue.

After all, the young boy has taken the University of Alberta’s online paleontology course Dino 101 not just once, but six times.

“We noticed Remy’s infatuation with dinosaurs and fossils when he was three years old," said Michelle. "We thought it was a normal obsession most kids go through, but once he got to preschool, his teachers made it very clear that Remy was ‘The Dinosaur Kid’ of the school.”

Michelle and her husband, Chris, fed their son’s voracious appetite for all things dinosaur with a steady supply of books but by the time he was four and asking his mom, “What does saurischian mean?” they knew they needed something more. Enter Dino 101.

“Once Remy saw one of his paleontologist heroes onscreen, that was it,” said Michelle.

The first time through the course, Remy and his mom collaborated on the quiz questions, although Remy answered most of them. Since then, he’s been through the archived course several more times and has aced all the quizzes.

“He loves the Dino 101 course, and his mom loves that she can have 20 minutes in the morning to drink a cup of coffee while someone else answers Remy’s questions,” Michelle added.

Both parents said they feel fortunate to be able to encourage their son’s passion.

“We didn’t know a lot about dinosaurs before reading Remy countless dinosaur books, but we’ve learned so much about dinosaurs and geology in the past two years. It’s safe to say Remy’s passion has turned into a family interest,” said Michelle.

At the U of A, the family toured the Paleontology Museum and Dino Lab, where they met the lab crew and spoke with paleontologist Gavin Bradley.

Their Alberta vacation also included trips to the Telus World of Science to see the “Dinosaurs Unearthed” exhibit, the Drumheller area to visit Dinosaur Provincial Park and the Royal Tyrrell Museum, and the Ellis Bird Farm near Red Deer to see some modern-day dinosaurs.

“I think being able to see the actual places and fossils he learned about in books and in Dino 101 has made his imaginary play world of dinosaurs and prehistoric life a tangible reality,” said Michelle.

For Remy, who described his Alberta adventure as “awesome,” the glimpse into the life of a dinosaur hunter has left an impression.

“If you ask Remy what he wants to be when he grows up, he’ll answer ‘a famous paleontologist and a tow truck driver,’’’ said Michelle, adding this may not be the last time Remy and his family come to the U of A.

“He’s told us that we’re moving to Alberta so he can go to the University of Alberta,” she said. “We think it’s adorable that he thinks his mom and dad will accompany him to university.” 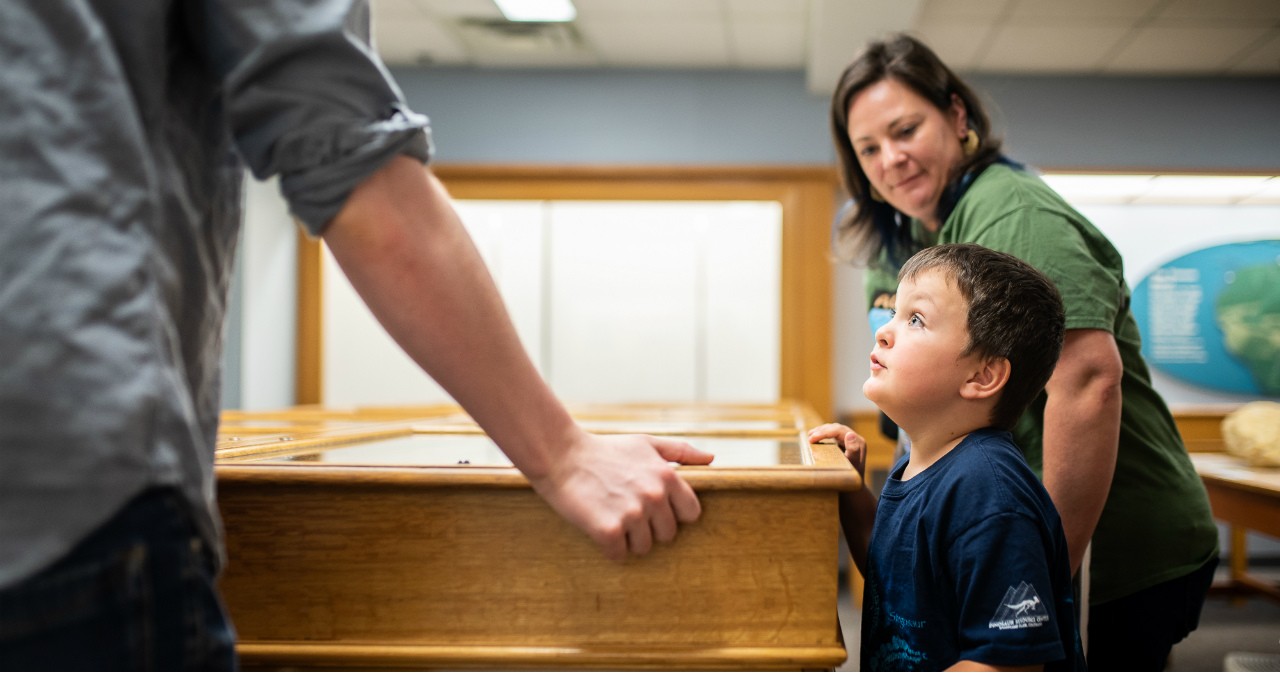 Remy Rodriguez and his mother, Michelle, learn about dinosaurs from paleontologist and Dino 101 instructor Gavin Bradley (left) at the U of A's Paleontology Museum. (Photo: Dawn Graves)

Five-year-old ‘Dinosaur Kid’ from Colorado chooses Alberta over Disney World, brings family vacation to U of A