For Pamela Mayne Correia, the most satisfying cases are the ones she helps solve with the scarcest of skeletal remains. 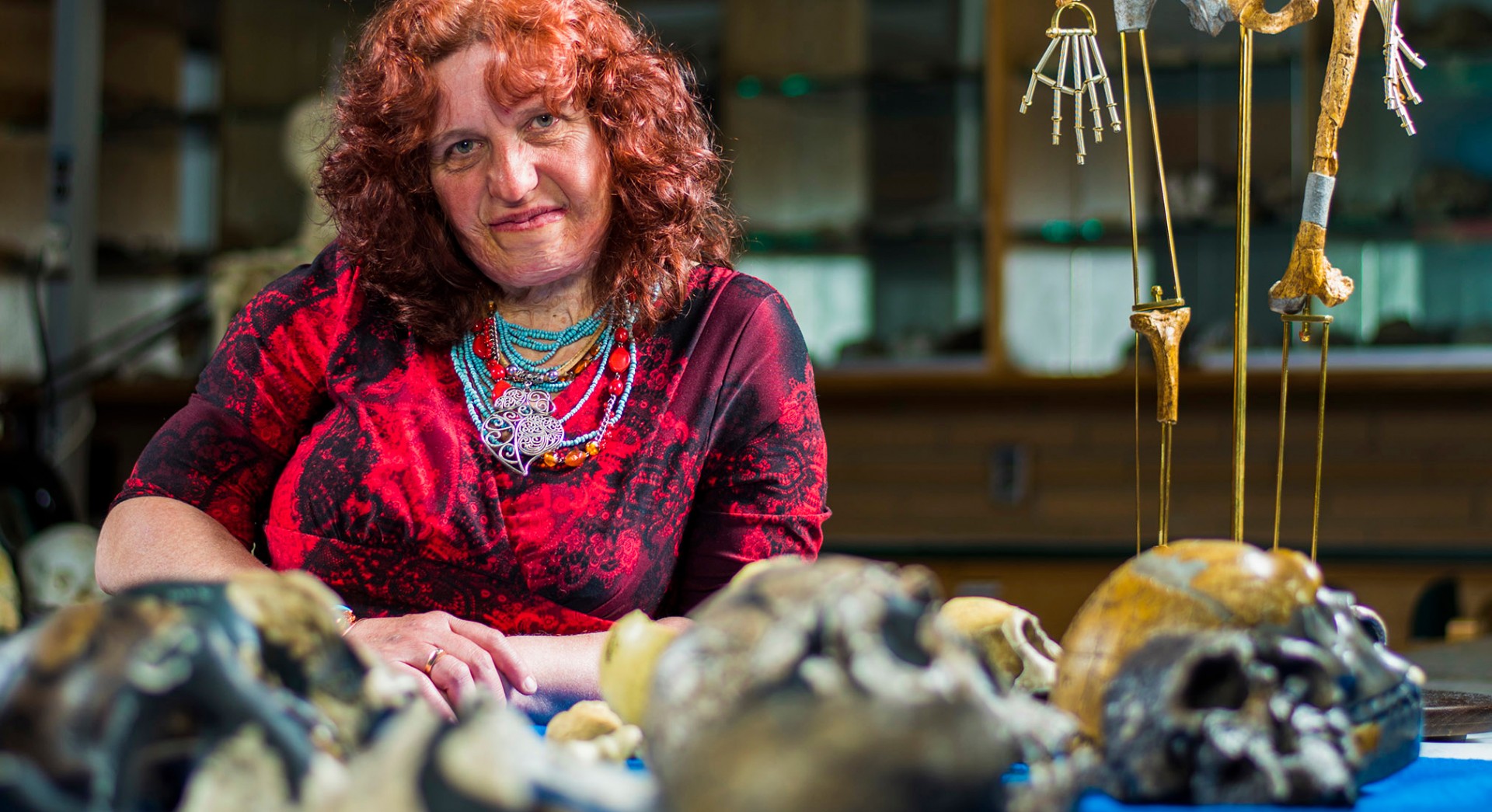 Forensic anthropology requires guts of steel, but there was one disturbing case even Pamela Mayne Correia found hard to stomach.

The University of Alberta anthropologist was called in to help reconstruct and identify human remains after one of Canada’s worst mass murders, the 1992 bombing of nine replacement workers during a strike-lockout at the Giant gold mine in Yellowknife, N.W.T.

“That one was incredibly interesting but extremely upsetting, so it really sticks in my mind,” said Mayne Correia. “There were a lot of damaged bodies, and we were literally putting people together.

“I think if PTSD were an issue, that's the one that would trigger it,” she said.

Mayne Correia, a U of A faculty service officer with the Department of Anthropology, spends roughly a third of her time helping the RCMP and Medical Examiner’s Office identify human remains.

She is also the curator of three museum collections in the anthropology department containing more than 10,000 human bones, and teaches a number of courses related to bone analysis.

Mayne Correia first got the forensics bug studying for her master’s under the U of A’s legendary anthropologist Owen Beattie, who rose to fame in 1984 examining the crew of the lost expedition of Sir John Franklin.

The English expedition met its demise searching for the Northwest Passage in 1845. Beattie identified lead poisoning in the tinned food supply as the primary cause of death among the crew.

Taking over Beattie’s role when he retired from the U of A in 2010, Mayne Correia has since helped the RCMP and medical examiner with some 150 cases involving skeletal remains, determining attributes such as age, sex, stature and ancestry while looking for clues that point to past injury or disease.

“At the medical examiner’s office, I do the analysis of remains that get passed to me from the pathologists,” she said. “Then the investigators may get a lead, come back and say, ‘Is there any evidence of a broken clavicle?’ and I’ll go back and double check.”

Among others, she’s been helping the RCMP identify the remains of three young individuals found over the past 40 years.

Only three cold cases she’s worked on over the past five years or so have been solved. At first glance, the success rate might not seem that impressive.

“But keep in mind, the earliest case we’re looking at is from the 1940s, and the likelihood of that individual being identified is probably nil.”

The older the case, the less likely that anyone is still around who might identify the victim.

The most satisfying cases, said Mayne Correia, are those solved with the scarcest of remains.

“We had one cremation where the fragments for an individual would fit into the palm of your hand, yet we were still able to get a positive ID,” she said of investigations she did with Beattie in the mid-’90s.

“We were able to compare a single bone fragment with an X-ray—it’s like a fingerprint.”

These days Mayne Correia works closely with Jean Nault, a profile artist with the RCMP’s behavioural science group, to come up with facial reconstructions of missing persons.

Digital reconstruction can help with the process, she said, noting the FBI has “a beautiful program” allowing users to virtually add muscle to a digitized skull. But Nault prefers manual techniques like sketching and clay sculpting.

Based on the information Mayne Correia provides, Nault uses tissue markers to indicate depth of flesh for some 25 points on the skull. To create a two-dimensional representation, he takes a photograph of the marked skull, covers it with tracing paper and begins sketching.

For a 3-D recreation, the skull must be mostly intact, said Mayne Correia. With tissue-depth markers in place, Nault will add layers of clay to represent muscle tissue, finally adding the nose, ears and mouth. 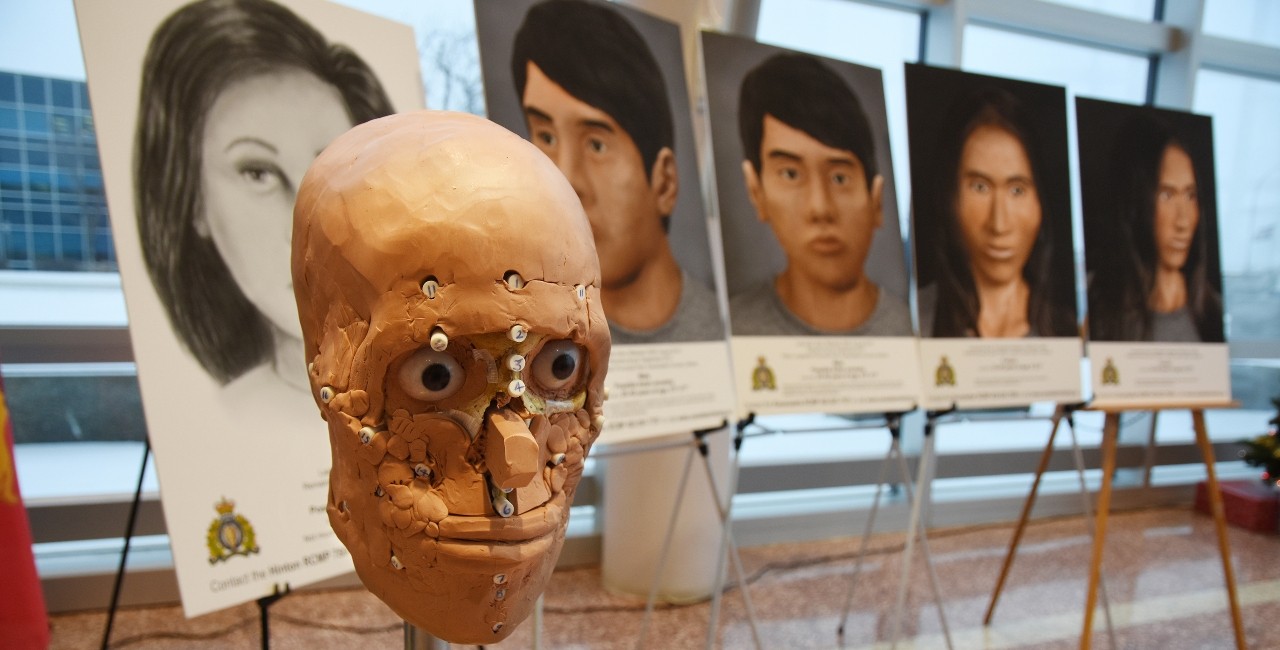 A 3-D facial reconstruction in progress. Tissue markers indicate the depth of flesh at various points on the skull. Layers of clay are then added to represent muscle and skin. The result is a likeness that may jog someone's memory and help solve a cold case. (Photo courtesy RCMP)

The result might not be perfect, but that’s not the point, said Mayne Correia. The image is only meant to jar someone’s memory.

“I don't care if it looks fabulous or not. My interest is, does it get an ID? Does a person who knows that individual get something from it that makes them go, ‘I should talk to the cops’?”

“I'm really interested in how bone changes after death, whether that's in the water, the ground, fire—whatever,” she said.

When asked what she thinks of dramatic depictions of forensics in film and television—the kind of science fiction that passes for reality on crime dramas such as CSI, NCIS and especially Bones—Mayne Correia scoffs.

“We call it the CSI effect,” she said. “It's hilarious, because it sets up the idea that so much can be done that can't be. They pull bits and pieces out of the science, and then just make up the rest, make it better.

“I hate that stuff … I have a whole lecture on what we are not.”