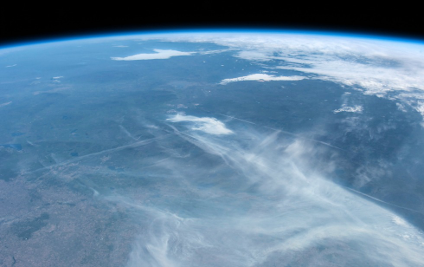 Image of Earth from the International Space Station showing the smoke from the Fort McMurray fire spreading from the fire's leading edges near the centre of the image.
“

It’s a very supportive group who thrive on very exciting, challenging work. Certain personality types are attracted to it, crave the high-stress situation.

Forestry grad jumps from the classroom and into the fire 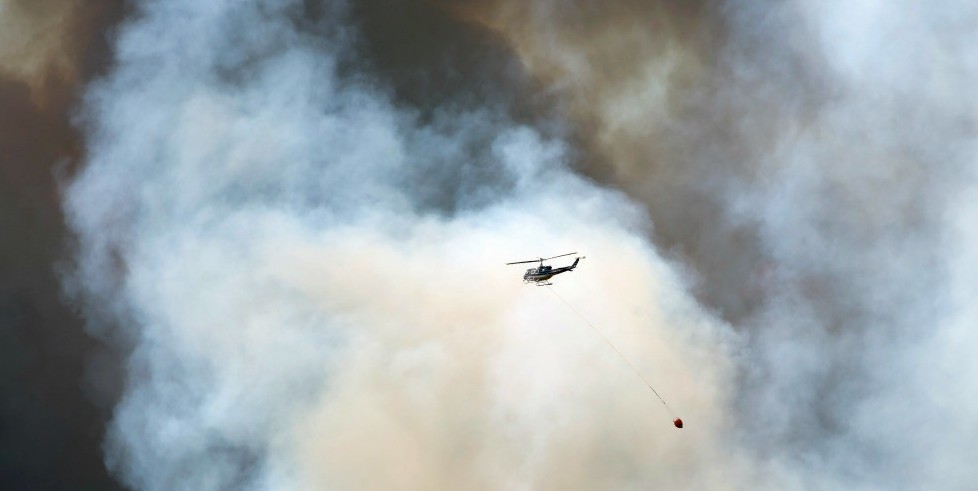 A helicopter carries fire retardant to a wildfire burning in a Fort McMurray neighbourhood on Wednesday, May 4, 2016. (photograph by Chris Schwarz/Government of Alberta)

Since the end of classes earlier this spring, Tyler Schneider hasn’t had time to pound a lot of pavement. His boots have done plenty of pounding—or, rather, stomping and trudging—through Alberta’s forests as one of the 1,500 seasonal firefighters and support staff protecting wild areas and communities from the spread of wildfires.

An early start to the wildfire season has seen the University of Alberta grad pack on thousands of kilometres by road, on foot and through the air, jumping from one hotspot to another—including “the Beast,” which burned a swath of destruction through his former hometown of Fort McMurray.

“It reminded me quite a bit of 2011 when Slave Lake burned down and Fort McMurray had a large fire close to town. Very windy,” says Schneider, an eight-year veteran of wildland firefighting who graduated this week with a bachelor of science in forestry.

Five years ago, Schneider was on the ground helping contain that northern inferno—the Richardson fire, which tore through 560,000 hectares of forest north of Fort McMurray. This year, he spent 12- to 15-hour days on the fringes of the Horse River wildfire—the official name of the Fort McMurray blaze—trying to contain the spread of new fires.

The fire was so intense, it created its own weather, a rare phenomenon called pyrocumulonimbus that can lead to strong winds and lightning strikes—the major cause of wildfires other than human activity.

Schneider, a man-up supervisor who is the incident commander on large wildfires, was called in to monitor and battle those lightning-caused secondary fires. That meant work on the ground and in the air in helicopters, relaying information to Alberta Wildfire offices.

“As soon as the fire was going out, you could see it was going to blow up again. Sometimes it meant putting in a request for air tankers, telling them what you’re seeing.”

The fire eventually raged out of control, making it too dangerous for the crew to remain in position. Schneider and his team were soon dispatched to the main fire command centre south of the city, setting up sprinklers and water pumps that are critical to protecting important structures.

All this movement was within a 15-hour span. Since then, Schneider has remained just as busy moving from one hotspot to another from areas around Conklin and Janvier immediately after classes ended to Lac La Biche to his latest post, Redwater (which is where he was headed while doing this interview) to spell off the incident commander for a blaze that’s burned 250 hectares of forest.

The main difference between this year’s fire season and last year’s, Schneider says, is that June has been, thankfully, much wetter. And though the devastation to Fort McMurray has been tragic for many of his friends who still call the city home, if there’s a silver lining it’s the public attention about how wildfires start and spread.

“Human-caused fires have dropped off significantly,” he says.

Responding to the Fort McMurray crisis

Even when not on the front lines trudging through smoke and embers, Schneider has helped with the Fort McMurray crisis. At one point, he and his wife took in three families—friends from Fort McMurray—and even some four-legged friends, with two dogs and a cat in addition to their own pooch in their small condo in Edmonton.

“It was a bit tight there for awhile,” Schneider laughs.

At home in the great outdoors, Schneider got into wildland firefighting after high school—partly at the prospect of riding shotgun in a helicopter. But over the years, he’s developed a close bond with the tight-knit community of men and women who keep coming back season after season to fight wildfires. 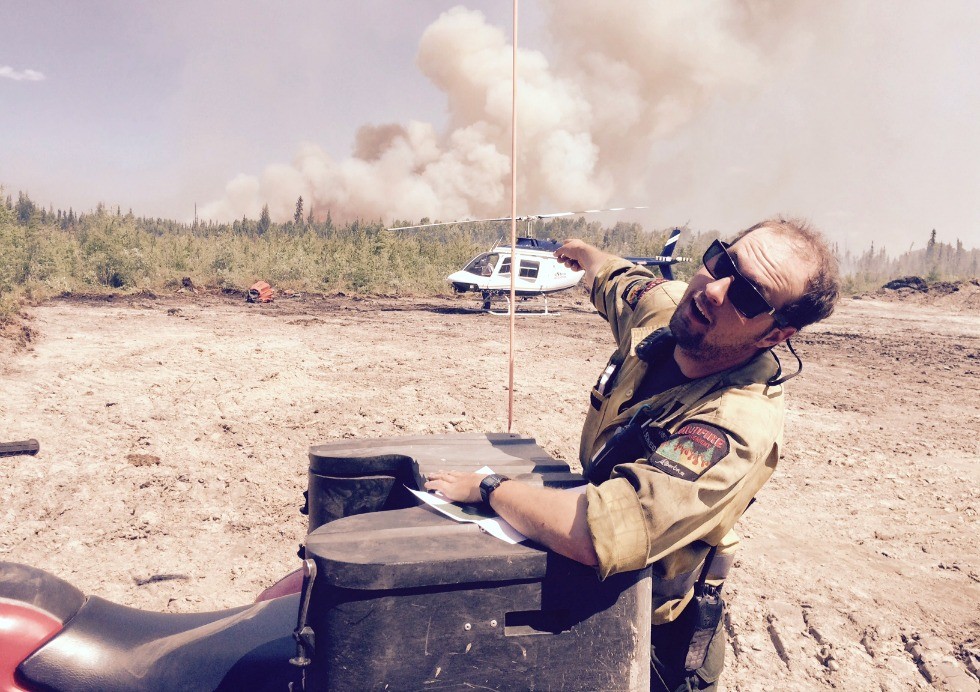 Forestry grad Tyler Schneider has logged thousands of kilometres by road, on foot and through the air, jumping from one hotspot to another—including “the Beast,” which burned a swath of destruction through his former hometown of Fort McMurray.

Tyler Schneider has logged thousands of kilometres by road, on foot and through the air, jumping from one hotspot to another.

“It’s a very supportive group who thrive on very exciting, challenging work,” he says. “Certain personality types are attracted to it, crave the high-stress situation.”

It was through his firefighting colleagues that Schneider got interested in a career in forestry. He’d already obtained a diploma in forestry from NAIT and worked as a forestry officer near Fort McMurray for five years when his colleagues, many of them U of A forestry alumni, inspired him to reach further and get his degree.

Though firefighting has consumed the bulk of his energy since completing the program, Schneider has a few irons in the fire, so to speak. Ultimately, he’d like to work in forest management and use his new skills and knowledge about forest systems in ways that don’t involve the blistering heat and acrid smoke of wildfires. In terms of a work-life balance, it doesn’t get any better, he says.

“You’re outdoors, not all office work. It’s a small community of people and it’s a natural resource industry that can be sustainable.”

Forestry grad jumps from the classroom and into the fire
Newsroom