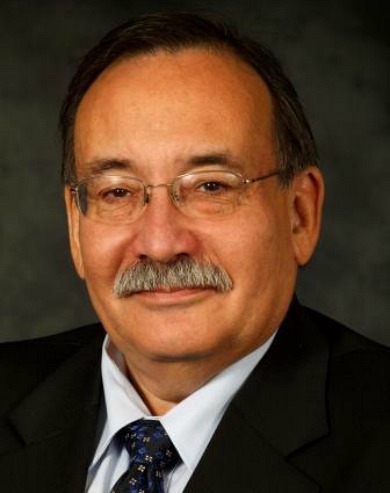 (Edmonton) Ernie Ingles, former chief librarian at the University of Alberta, has a great many things to be proud of, says Linda Cook, CEO of the Edmonton Public Library. As Cook lists examples, it soon becomes clear that the U of A’s vice-provost and director of the School of Library and Information Studies has made an impact across Canada and around the world.

“Ernie does not stop being a librarian in our borders,” Cook noted. “He has spread the word about Alberta, and Edmonton in particular, throughout North America and internationally.”

Earlier this year, Ingles received the CLA/Ken Haycock Award for Promoting Librarianship, awarded for significant contributions to public recognition and appreciation of librarianship. The award is one of several honours recently bestowed on Ingles, who retires in July after more than two decades of service.

Merrill Distad, associate director of research and special collections services with U of A Libraries, recently had the daunting task of summing up Ingles’ impact at a meeting of the province’s librarians.

“His is a record of library co-operation and sharing that has provided a much-studied model for the rest of Canada, as well as for our counterparts south of the border and abroad. It’s no exaggeration to say that he’s changed the face of library service across this province,” Distad said.

The changes Ingles oversaw ranged from improving Albertans’ access to academic and public libraries to increasing what they are able to access. For example, Ingles sought funding for an initiative that would become The Alberta Library (TAL).

“When I came here in the ‘90s, I believed that we should be doing a whole lot more co-operative things together—which today, fundamentally, is what Campus Alberta is all about,” says Ingles, who established TAL along with fellow librarians Pat Jobb, Hazel Fry and Dean Frey.

“The Alberta Library of the day was just a whole bunch of libraries; they were not really talking much to each other and were doing nothing that was integrative. We thought there was room for improvement. I had the first fundraiser for the idea in my living room, where we passed a hat to develop what we then called Libraries ASAP, which was a planning initiative for TAL. That’s where the Lois Hole Campus Alberta Digital Library was invented,” Ingles said.

“That was a gleam in his eye,” Cook said. “Ernie saw the value in bringing together public, academic and school libraries and having them work together, which is unique in North America.”

Rising in the rankings

Under Ingles’ leadership and with the support of his team, the U of A’s library system rose significantly in all North American rankings.

“The U of A library’s ranking in the Association of Research Libraries rose from 37th to 11th place overall in North America. We are second in Canada. And the statistically and competitively minded might also pause over his success in grantsmanship and fundraising, having racked up a career total of almost $80 million,” Distad said.

“The portal helps give students a sense of identity, to understand who they are and where they come from,” Weasel Fat said. “I’d like to thank Ernie and the U of A Libraries for helping us participate more fully academically and to be online with mainstream colleges and universities.”

That passion for connecting people with their culture defines Ingles’ career. A fellow of the Royal Society of Canada, Ingles is the first practising librarian to be so honoured.

“In 1967 was the Canadian centennial, which blew me away. I became a real fan of Canada, and so much of my library work has been around how we collect and preserve those things that are part of our national heritage,” Ingles said.

Part of his preservation efforts came as the result of a $2-million Canada Council grant for Canadiana.org—a growing collection of Canada’s printed heritage, once scattered in the United States, United Kingdom and France but now available in one location.

Cook says Ingles’ contributions will leave an indelible legacy for the library community.

“Lots of librarians come and go, and they do make a major impact. But after some years, they’re forgotten. But this is not going to happen with the legacy that Ernie has left behind. The things he has done will definitely stand the test of time.”