Michaëlle Jean comes to campus March 27 for talk to kick off annual lectureship. 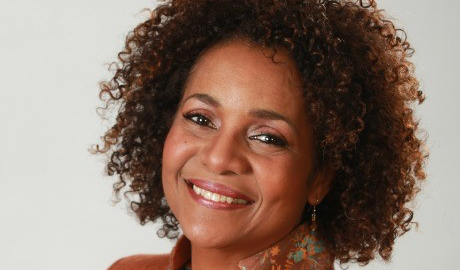 “We’re really hoping this will set things off, and that we’ll have an event that highlights issues around the Canadian Caribbean and African diasporas,” she says.

The event, taking place March 27, marks the official kickoff of an annual lectureship named in honour of Jean, former governor general of Canada. It forms part of a larger plan to raise the profile of African diaspora studies at the university, which Kelly hopes will include an endowed chair position.

Jean will be the evening’s keynote speaker with a talk titled, “Mandela’s Values and the African Diaspora: Why Should We Care?” The event promises to be a timely reflection on a man who became an icon of freedom and equality to many in the African diaspora around the globe.

“As Nelson Mandela showed his country and the world, a better society can only come if all are invited to sit at the table of democracy and justice,” said Jean. “Likewise, the Canadian household promises to be more vibrant, fair and democratic with the full presence of peoples of African descent, and the inclusion of all marginalized communities.

“Excellent research is being conducted at the University of Alberta, and it’s an honour to be associated with this lecture series.”

Diaspora—an ancient Greek term for the sowing or scattering of seeds—refers to a scattering of peoples with common origin into a new geographical area. The African-Canadian diaspora includes many diverse groups, from new Caribbean émigrés to black pioneer communities established centuries ago. In Alberta, the largest of these groups began arriving in 1908.

Today, African-Canadians make up a growing population. About 145,700 new immigrants arrived in Canada from Africa alone between 2006 and 2011, making up 12.5 per cent of all newcomers during that period, according to Statistics Canada.

Kelly, who was born in Jamaica, grew up in England and lives in Canada, is quick to highlight the rich diversity of African-Canadian peoples. “That’s a different experience from someone who has lived in the Caribbean all their lives,” she says.

Jean is perhaps the most prominent public figure in Canada with diasporic roots. Born in Port-au-Prince, Haiti, she fled with her family to Quebec in 1968 when she was 11 to escape the dictatorial reign of François "Papa Doc" Duvalier. She currently sits as UNESCO’s special envoy to Haiti, where she promotes partnerships and investment in the island nation, a country still recovering from the devastating 2010 earthquake.

Jean is widely known as Canada’s 27th governor general, a position she held until 2010, the first black woman to hold the title. Before that, she was an award-winning journalist and broadcaster, hosting a number of shows for Radio-Canada and CBC Newsworld, including The Passionate Eye and Rough Cuts.

Kelly, who chairs the Department of Educational Policy Studies at the U of A, sees Jean as an important voice representing African-Canadians in the public eye, especially given the changing face of race and racialization in Canada.

“Even though we may not live under apartheid in Canada, we still struggle with issues around racism, especially gendered racism, around employment and social mobility,” says Kelly. “I think [Jean] recognizes some of the struggles that people go through when they relocate from one geographic space to another. In many ways, she has become a successful role model and offers a lot—in terms of her personality, her awareness of her own experiences and what that means for others.”