How law grad Gina Murray’s calmness in stressful situations helped her earn a coveted clerkship with the Supreme Court of Canada. 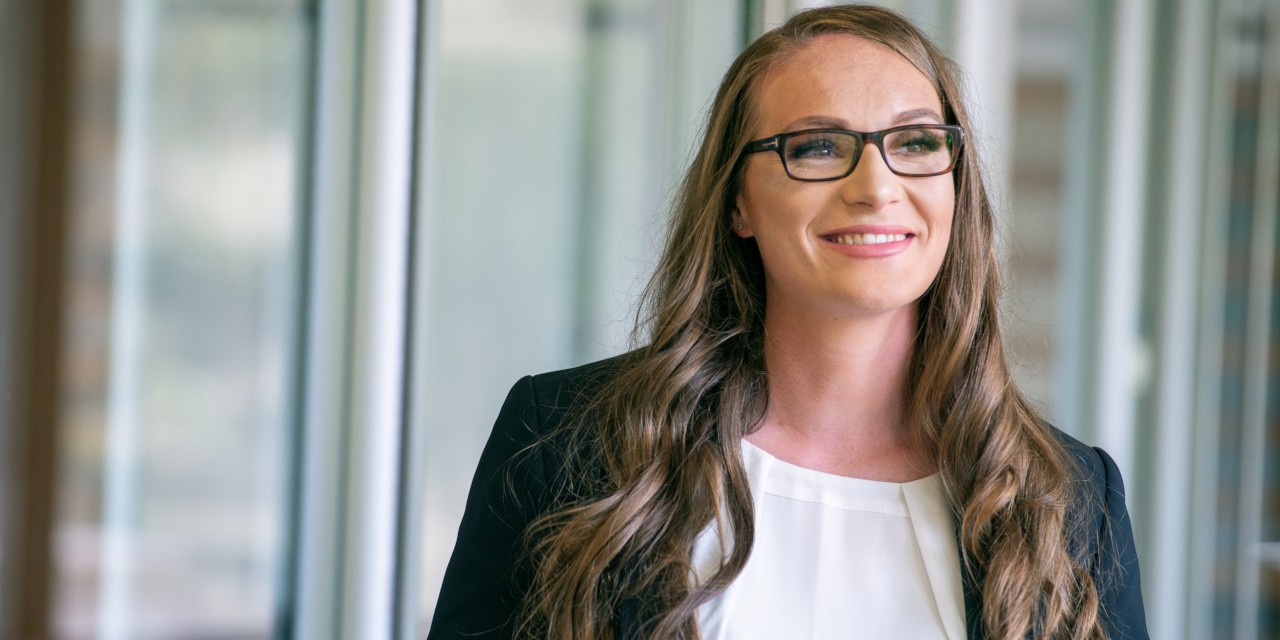 Gina Murray's experience as an adult intensive care nurse helped her keep calm as she coped with the premature birth of her daughter while applying for a Supreme Court clerkship. (Photo: Richard Siemens)

She didn’t know it, but Gina Murray was three days away from delivering her second child as she hustled to get her application in for a clerkship with the Supreme Court of Canada.

Then her life became even more intense.

“My daughter was premature and required an eight-week NICU (neonatal intensive care unit) stay,” said Murray, who will graduate with a law degree from the University of Alberta June 13. “I had submitted my application just before her arrival and then completed all of my writing sample editing and interview prep from the NICU.”

Murray was an adult intensive care nurse for eight and a half years before entering law school. The calm she learned during that career came in handy when her older child, a son named Norris, was born during the first semester of her second year, also prematurely. He, too, spent 10 days in the NICU. But Murray was familiar with that part of the hospital and “not too worried.”

Baby Elowyn was discharged from hospital just a few days before Murray flew to Ottawa in March for a job interview conducted by a panel of Supreme Court justices. Three days later, Murray learned she had earned a clerkship with the Hon. Russell Brown in 2020-2021—one of just 36 of the coveted one-year clerkships with the Supreme Court’s nine judges offered annually.

In several ways, Murray’s entire three years of law school were simply a dress rehearsal for the pressures she coped with during the run-up to the clerkship interview.

“It was a lot of not sleeping—about three hours a night,” she said. “It was worse than my worst days as (an ICU nurse) shift worker.”

In fact, it was that shift work that prepared her for all of it.

“I’ve been involved in situations that are life and death,” she said. “I think my past career gives me a different point of view on the world and that, coupled with my successes in my law degree while starting my family, may have made my (clerkship) application stand out among my peers.”

Being a master of juggling many responsibilities likely aided her case, too. For the first year and a half of her law studies, she was a volunteer with Student Legal Services and the Edmonton Community Legal Centre. In her second two years, she served as an editor and secretary for the Alberta Law Review and worked as a teaching assistant for the first-year legal research and writing class.

Her husband, Brian, a millwright in the oil and gas industry, her mother, Kim, and her friends from nursing provided strong support at crucial moments, such as when Murray and her son were both suffering from the H1N1 flu during her final exams in December, while she was pregnant.

“I assumed it was just the common cold. I had a fever of 40 degrees Celsius when I wrote my last final, and at that point I didn’t know that I had H1N1. I was assessed in hospital following that exam and was treated for presumptive influenza, later confirmed, and had the well-being of my daughter monitored.”

Looking after her son took priority, so she had attempted to study by reading her notes on her phone while he slept on her chest, and her scheduled five full days of study for that final exam shrank to just one. Yet the grade mattered; Murray needed a good one to round out her application to the Supreme Court.

“I just hoped for an average mark,” she said. “When it was released, I was pleasantly surprised. I had completed my final semester with a 4.0 and both my son and I were on the mend.”

Now, in the relative calm of getting ready for her graduation ceremony, Murray finally has a spare moment to look back on those trying times.

“Overall, it was a very carefully calculated plan which required a great deal of juggling and sacrifices—and more caffeine than is acceptable,” she said.

“I like to joke that my career was sponsored by Red Bull, but sadly I don’t think they consider law-school-with-children an extreme sport.”