Justice Sheilah L. Martin has been a career-long champion of Indigenous reconciliation and greater inclusivity in the legal profession as a lawyer, judge and educator. 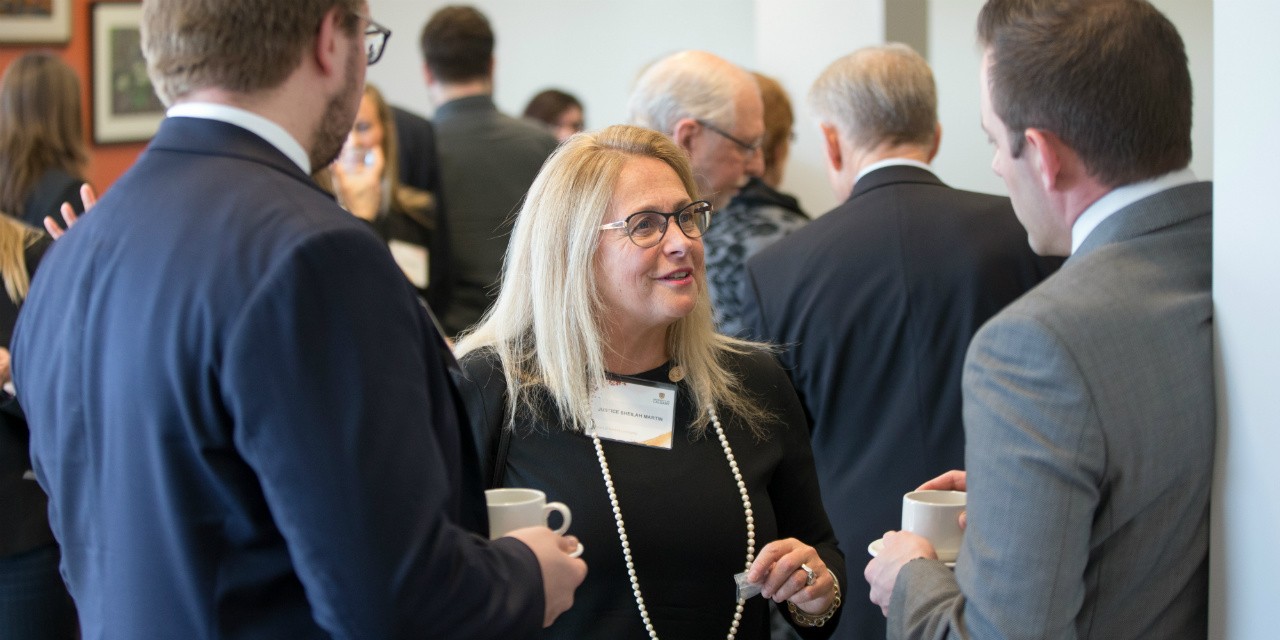 A former University of Alberta law student was appointed to the highest court in the land, filling the seat vacated by another former U of A law student, Chief Justice Beverley McLachlin.

Prime Minister Justin Trudeau announced the appointment of Justice Sheilah L. Martin to the Supreme Court of Canada earlier today, ensuring a continued gender balance of four women and five men on the Supreme Court, as well as a strong Alberta presence together with former U of A law professor Russell Brown. She also becomes the seventh member of the U of A community to ascend to Canada’s top court.

“As a lawyer, judge and educator, Justice Martin’s commitment to equal rights and to greater understanding of the challenges facing Indigenous peoples has been both professional and personal,” said U of A law dean Paul Paton. “As professor and dean at the University of Calgary, she advocated for a more inclusive legal profession through improved access to legal education and professional opportunities for underrepresented groups. We are proud of her achievements as an alumna of our graduate program and note the poetry in the fact that her nomination arises as a result of the retirement of another outstanding UAlberta Law trailblazer, Chief Justice McLachlin.”

Born in Montreal, Martin relocated to Alberta in 1981 to pursue her LLM at the U of A. Called to the Bar of Alberta in 1989, she practised as a partner at the civil and constitutional litigation firm Code Hunter LLP in Calgary before her appointment to the Court of Queen’s Bench of Alberta in 2005. She also served as deputy judge for the Supreme Court of Yukon starting in 2009.

She has also had an extensive academic career, working as a researcher and law professor at the University of Calgary from 1982 to 1986, and later serving as acting dean and then dean of the faculty between 1991 and 1996.

Over the course of her legal career, Martin has been drawn to complex and emotionally charged issues of law, including compensation for Indian Residential School survivors, wrongful convictions (most famously as part of the team that won a precedent-setting $10-million compensation award for David Milgaard following his exoneration for the 1969 rape and murder of Gail Miller), access to education and physician-assisted dying.

She also famously presided over the trial of convicted torturer Dustin Paxton in 2013, declaring him a dangerous offender and sentencing him to an indeterminate sentence for aggravated and sexual assault.

Martin has done extensive pro bono work for the Women’s Legal Education and Action Fund and the Alberta Association of Sexual Assault Centres in cases before the Supreme Court of Canada. Her career-long commitment to social justice issues has earned her numerous awards, including the Distinguished Service Award for Legal Scholarship, the Law Society of Alberta’s Certificate of Merit and the YWCA’s Advancement of Women Award.

“Judges have significant responsibilities to the public, and I have come to appreciate that my ability to act or speak with any authority came from doing the work: educating myself, time and again, about the dispute I was called upon to resolve,” wrote Martin in her application to the Supreme Court of Canada.

“Integrity is also in the details.”