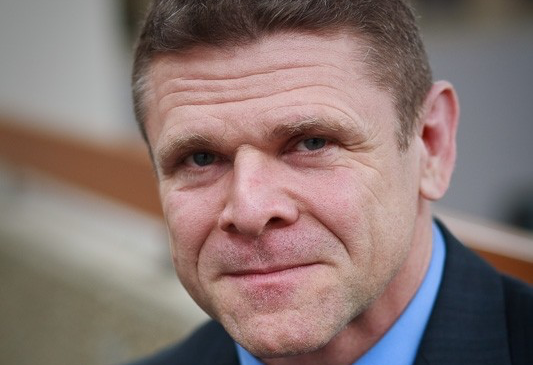 (Edmonton) The Honourable Wayne N. Renke, an alumnus, award-winning professor and vice-dean of law at the University of Alberta, was sworn in Feb. 5 as a judge of the Court of Queen's Bench of Alberta.

“Professor Renke has been a valued scholar, teacher and member of the faculty since 1993," noted Paul Paton, dean of the Faculty of Law, in a letter to students and faculty announcing the appointment last December. "He is a graduate of this faculty, and holds a BA(Hons.) and MA from U of A as well. A recipient of the faculty's Teaching Excellence Award in 2001, he has served in multiple administrative roles, including as special adviser to the provost from 2000 to 2003.

"In the short time that I've had the chance to work with him closely as vice-dean, I've quickly come to value his diligence, dedication, thoughtful perspectives and commitment to upholding and preserving the best of this faculty's contributions to legal education and to public service," added Paton. "He has done a superb job as a member of the administrative team at a time of remarkable challenge and change this fall. I will miss his support, guidance and steady hand.”

Justice Renke earned his bachelor of laws degree from the U of A in 1985 and was admitted to the Bar of Alberta the following year. He was a lawyer with the firm Ouellette & Hajduk in St. Paul, Alta., from 1991 to 1993 and with the firm Milner & Steer (Milner Fenerty) in Edmonton from 1986 to 1991. He received his master of laws degree from Osgoode Hall Law School in 1995.

At the U of A, he served in several positions including associate dean and vice-dean of law, and president of the Association of Academic Staff of the University of Alberta, to name a few. His main areas of research and teaching were criminal law and energy law. His publications and research have related to criminal offences, criminal procedure, intersections of public health and criminal law, and energy law. His wide-ranging research interests have also included counter-terrorism, including intelligence and privacy issues, and the use of force in self-defence and law enforcement situations.

He has been a member of the Academic Freedom and Tenure Committee of the Canadian Association of University Teachers, and has served on the Executive of the Edmonton Criminal Trial Lawyers' Association.