Fostering inclusive communities one visit at a time

As a leading researcher and advocate for LGBTQ youth, Kris Wells is in high demand, but he’s always ready to go where he’s needed. 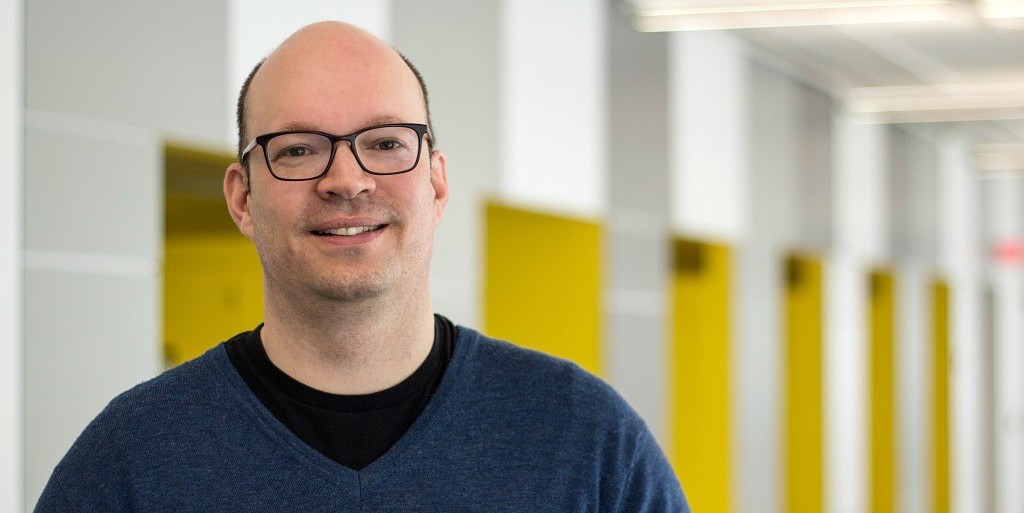 Kris Wells' mission of research and advocacy for LGBTQ youth has taken him to communities throughout Alberta and Western Canada.

(Edmonton) Kristopher Wells is a hard guy to catch up with these days. Co-director of the Institute for Sexual Minority Studies and Services (iSMSS) and assistant professor in the Faculty of Education, Wells is a leading researcher and advocate for sexual and gender minority issues across Canada.

As issues of sexual orientation and gender diversity are coming out of society’s closet, the expertise iSMSS offers is in high demand. “I've been all over in the past year or so to many communities, including a lot of rural and remote places such as Red Deer, Lethbridge, Lloydminster, Ft. McMurray, Barrhead, Grande Prairie, Yellowknife, Hay River, Peace River and, just last week, Prairie Valley School Division just outside of Regina,” says Wells.

Research shows that the risk factors for lesbian, gay, bisexual, trans and queer (LGBTQ) youth are often higher in rural and remote communities. Part of what Wells and the iSMSS team hope to do is break the silence, reduce risk and help build resilience in young people and their families.

There is no formal outreach campaign for Wells and iSMSS, but word of mouth and social media buzz are keeping them hopping.

“When the phone rings or an email arrives, you never know who will be on the other end. It could be a parent in crisis, a school looking for support to do the right thing, or a premier asking for policy advice.”

The presentations Wells offers serve as a focal point for communities to start a conversation and, hopefully, keep talking.

“I can support them in making that happen by sharing my knowledge, but building an inclusive community, building alliances and figuring out what they need every day—that’s up to them.”

In a small town, everyone may know each other, but they may not have ever had the space to talk about sexual orientation and gender identity issues as a community. “It never fails—when I go into a community, some people tell me this an issue that has never been talked about before, and other people tell me, ‘Don’t let them tell you that there are no LGBTQ people in this community.’”

As rural and remote areas of Canada are seeing diminishing populations, Wells hopes that with support, families will feel like they can stay and be supported in these environments.

“Starting the conversation is critically important in these rural and remote communities where there may not be community-based support services. I’m particularly concerned about youth who may feel that there isn’t support. Many youth and families feel like they have to move away from their communities just to find that acceptance for who they are. That’s the wrong message to send.”

Kris Wells talks about his experiences and what motivates his work with iSMSS to break the silence about sexual orientation and gender identity in schools and communities.

For Wells and iSMSS, sending the right message means working alongside communities, municipalities, policy-makers, educators, government leaders and even sports teams—with the likes of Edmonton Oilers players Ben Scrivens and Andrew Ference marching alongside Camp fYrefly in the city’s recent pride parades. Camp fYrefly has also announced new partnerships with the Edmonton Eskimos and Saskatchewan Roughriders, part of an ongoing collaboration between the You Can Play Project and the U of A to fight homophobia and transphobia in sport.

“This research can’t just sit on a shelf,” says Wells. “Our mandate is to use research to help lead social change.”

Social change doesn’t happen on its own, so a large part of Wells’ work is sharing new knowledge to help mobilize and transform communities, schools, and locker rooms into inclusive spaces for everyone. “My motivation is ensuring that young people in particular are provided with the resources and the support so that they can thrive and become leaders in their communities.

“What it comes down to, philosophically, is that I believe universities are designed to serve communities. And that means we need to be out and engaged. It means we not only need to be doing the research, we also need to be applying the research. We believe in the importance of engaging research in real time with real impact.”

It all starts at school

A former classroom teacher, Wells says that schools are often at the centre of communities, but he recognizes that while they can be instigators of social change, they can also hold it back.

“I left teaching because of homophobia,” he says. “But when I left teaching I got involved in a brand new community support group for LGBTQ youth, and every week those kids would ask me, ‘What did you do for us this week to make it better?’ Students and youth need safe spaces, and they want their teachers to help create those spaces of support.”

And although the school is a great place to start, it often isn’t enough. Wells also works with policy-makers and all levels of government. He was on the front lines of the debate on gay-straight alliances in schools this spring. He worked to ensure facts and research were heard in supporting legislation to move forward.

How did Alberta move from being the most regressive province in the country to leading the pack? Wells explains that it is because of sustained, deliberate advocacy work. “It is like working in a web—you pull one little strand and there are reverberations. The work is all interconnected. Communities, universities and schools all have an important role to play.”

On the road again

Wells will personally be speaking to thousands of people this year across Canada, in a circuit that will take him as far as Cambridge Bay, N.W.T. “I can’t think of any greater purpose. It is research that comes alive. And families have told us it is research that saves lives. That’s why we do it, why we never turn down an invitation, and why we always pick up the phone. That’s why we’re growing so fast.”

“Back in 1998 I knocked on doors and got a lot of, ‘No, you can’t do that work here,’ until [iSMSS research director] Dr. André Grace said yes. And because that door opened, I’m meeting that call to a higher purpose. Sometimes it takes a mentor who is willing to open a door for you.”

Wells also credits dean of education Fern Snart and former provost Carl Amhrein for their vision, and former president Indira Samarasekera for her faith in Wells to lead the inclusive change that needs to happen.

Wells is on a roll, continuing his journey to work with individuals and institutions to help them understand the needs, concerns, rights and responsibilities of Canada’s sexual and gender minorities. And he and Grace have a book coming out in the fall, Growing Into Resilience, about the experiences of youth at Camp fYrefly.

Fostering inclusive communities one visit at a time
Newsroom