Four surprising ways to get a sunburn, and six ways to treat it

U of A dermatologist says most people know the risks, but still get caught out. 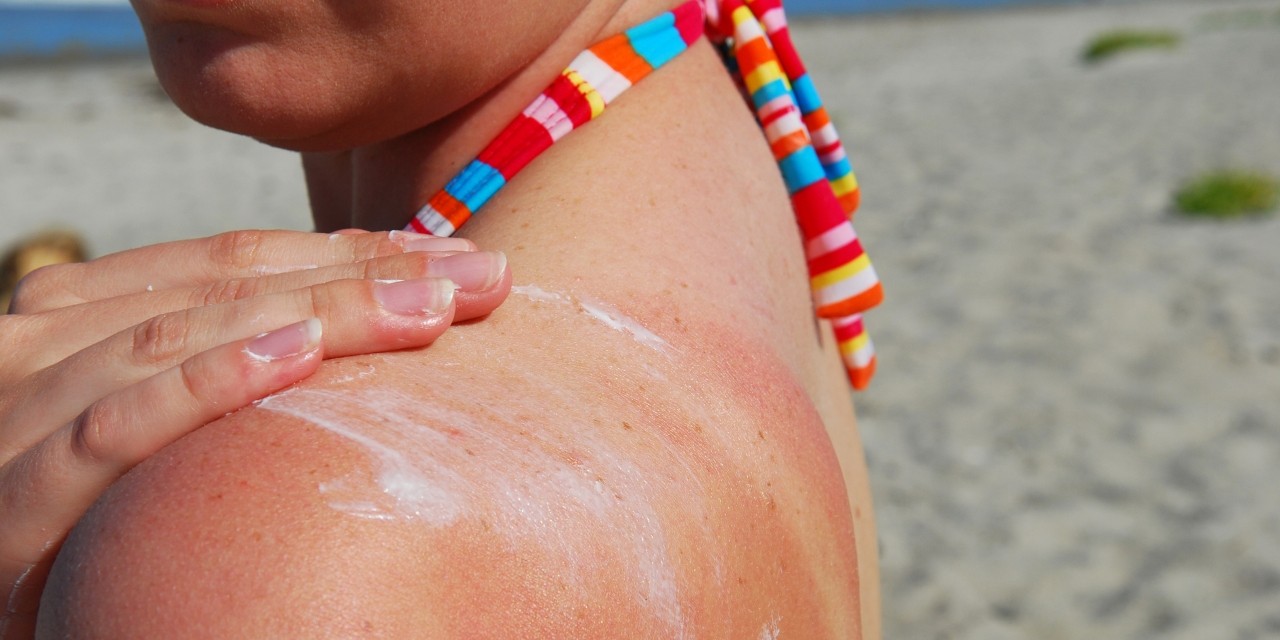 Sunscreen may be the first layer of defence against sunburn, but not putting on enough is a common mistake, according to a U of A dermatologist. (Photo: Getty Images)

When University of Alberta dermatologist Robert Gniadecki was growing up in Denmark, getting a sunburn was part of every family holiday.

“The first day at the seaside you would go out in the sunshine, and the next day you would have a bonfire, peel your skin off and throw it in the fire,” he said.

“It’s so disgusting, when you think about it today, but 40 years ago this was a normal thing.”

Gniadecki said these days most of us know that even a tan is a sign of skin cell damage, but sunburn still sneaks up on us from time to time. He shared four surprising ways people can get burned:

Foods that increase your UV sensitivity

Turns out “margarita sunburn” isn’t just a reference to what happens when snowbirds roast on Mexican beaches. There’s a naturally occurring chemical called furocoumarin in limes, some kinds of carrots, celery, dill and other plants that, when ingested, causes your skin to become more sensitive to the sun’s harmful rays.

“And of course people often fall asleep after having a couple of drinks, which doesn’t help either,” said Gniadecki. “A simple thing like sleeping in the sun is terribly dangerous.”

It even happens to dermatologists.

“I was on a rainy winter hike in the mountains,” Gniadecki said. “Then the clouds cleared and I was left on a snow patch with no protection.”

More UV than you realized

Most of us realize the sun’s rays are stronger at the equator than in our own backyard, and weaker at sunset than at high noon—it’s all about the angle of the sun. What we may not realize is how ultraviolet light is concentrated when we are on water, sand or even snow.

“People often think that in winter, because it’s cold and you don’t feel the warmth of the sun, you will never get a sunburn or you can tolerate more sun,” Gniadecki said. “You can actually tolerate less sun during the winter because of the reflection from the snow.”

He said that sun exposure is almost doubled in the snow, compared with being on grass, while sand reflects 15 to 20 per cent more and seawater reflects 25 per cent more UV than grass.

Gniadecki said you need to apply enough sunscreen to create a sheen all over your skin. If you’re using sunscreen that contains titanium or zinc oxide, a white hue should be visible. Be sure to use a product with a sun protection factor (SPF) of at least 20, which lets through just 1/20th of the sun’s harmful rays. That means that if you would normally start to burn in 10 minutes, you can stay out in the sun for 200 minutes. But be realistic about how long your exposure will be, and reapply your sunscreen if you get wet.

“If you sweat a lot, some will wash away, and you can get a sunburn,” said Gniadecki.

He recommended avoiding sunscreens that contain oxybenzone, a common ingredient that was recently shown to be absorbed through the skin into the bloodstream. Gniadecki suggested using other products until the health effects of oxybenzone are better known.

Gniadecki recommends staying away from household remedies—such as applying cooking oil or yogurt, or the Danish prescription of putting lemon slices on your skin—which are not only ineffective, but could also be harmful. He suggests the following steps instead:

“The short-term effects of sunburn are trivial and you can usually manage them at home,” said Gniadecki, who is also a member of the Cancer Research Institute of Northern Alberta. “But the long-term effects are serious.”

Sunburn, especially in childhood, causes permanent and irreparable damage to the skin that can develop into cancer 20 or 30 years later.

Four surprising ways to get a sunburn, and six ways to treat it