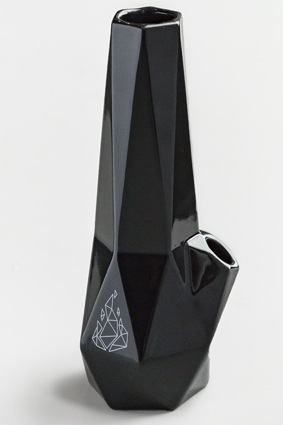 Will the innovative engineering and modern design smoke out the competition in cannabis accessory market? 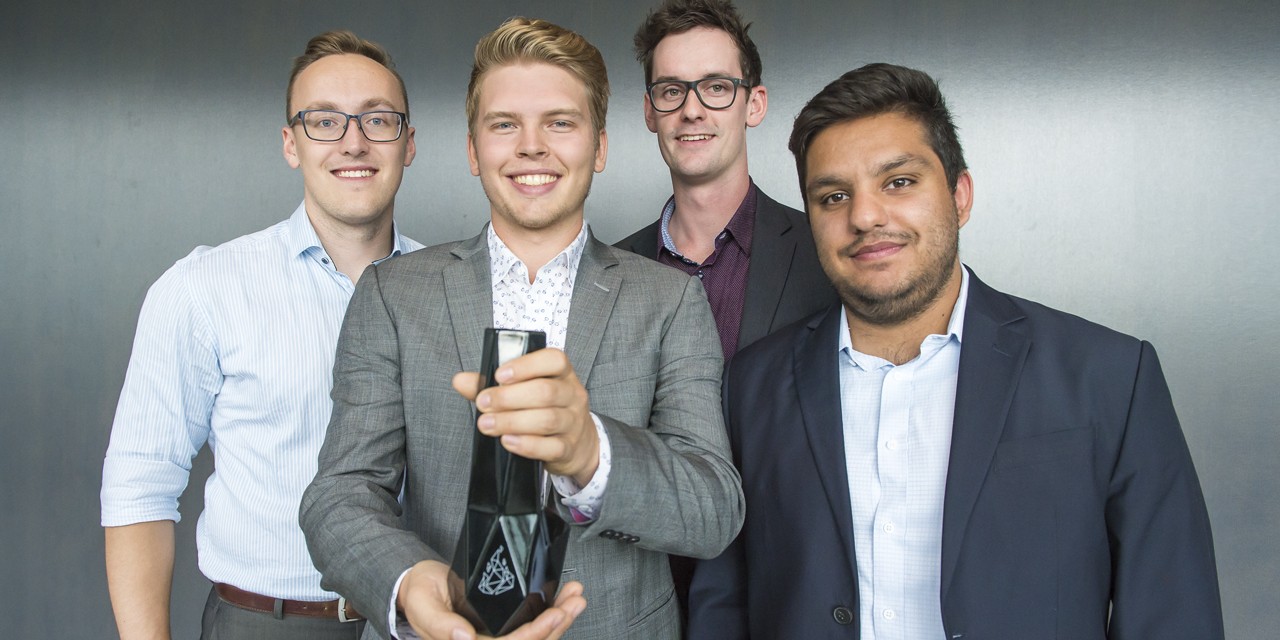 (From left) Simon Grigenas, Ty Thomsen, Andrew Feltham and Rahman Amlani developed a bong that both surpasses existing bong functionality, and that is aesthetically pleasing enough to be displayed. (Photos by Richard Siemens)

Simon Grigenas, a fourth-year University of Alberta business student and medical marijuana user, had had it with conventional bongs.

Often made of glass, they sport ugly stains, give off a bad odour, and his latest one had just tipped off his coffee table and shattered on the ground. “They aren’t very appealing to have in your home,” he said, adding that there hasn’t been an innovation in functionality in many years.

He knew this because he had tested out more than 10 different kinds of bongs after being prescribed a marijuana license when a head injury left him with migraines.

“I would have to hide them before friends and family came over,” he added. The ugly factor wasn’t the only issue. “Unfortunately, there’s a stigma around medical cannabis use, especially when you’re young.”

Some of the best business ideas are born out of necessity. Grigenas called fellow third-year business student, Rahman Amlani, and two friends in third- and fourth-year engineering, respectively, Andrew Feltham and Ty Thomsen, to help design a bong that both surpasses existing bong functionality, and that is aesthetically pleasing enough to be left on the proverbial coffee table.

Together, they created a company called BRNT Designs (pronounced “burnt”) and pooled together about $15,000 in order to develop a visually modern, 3-D printed ceramic bong prototype.

The Hexagon was engineered with a superior air flow dynamic, is freezer and dishwasher safe and break resistant, explained Feltham. “Most metal and plastic bongs create an aftertaste,” he said. “Whereas the Hexagon is engineered to eliminate all the downsides of the glass bongs on the market without sacrificing taste, or design.”

UAlberta business professor Kyle Murray said, “The product has some benefits that should appeal to the market they are targeting and, given the impending legalization of marijuana [2018], this is a market with substantial growth potential.”

Rather than share the company with investors or take on equity, the founders took Murray’s advice and are hoping to begin mass manufacturing and marketing via $20,000 crowdfunding launching late in the week of Oct 9.

“We’ve seen other niche companies generate 16 times that much with crowdfunding,” added Feltham.

“One of the great things about [crowdfunding platforms] KickStarter and Indiegogo, is they can help get the message out. They reach thousands of people who want to invest in innovative ideas that appeal to them.”

Murray explained that when done well, those investors become not just customers, but also raving fans of the product and the company.

“Many start-ups focus too much on the product and not enough on the customer,” he added. “Innovation is often easier than communicating that innovation to the people that really want to hear about it.”

“We’re confident that crowdfunding will go well, since there is a market for bong innovation,” said Grigenas. The BRNT founders have also developed and carefully nurtured early connections with important social media influencers and “weed tubers”—users who have youtube channels—by asking for feedback on early prototypes.

It’s early days for the hopeful founders, who have dedicated much of their time to BRNT. Grigenas gave up employment offers and opportunities this past summer in order to work full-time on the launch.

“Like any business,” added Murray, ”to be viable in the long-term, BRNT will need to continue to innovate to create new products and improve on their first bong, as competition increases and customers’ tastes evolve.”