Hot baths do more harm than good, says dermatologist who offers expert tips for keeping your skin supple when the weather turns cold and dry. 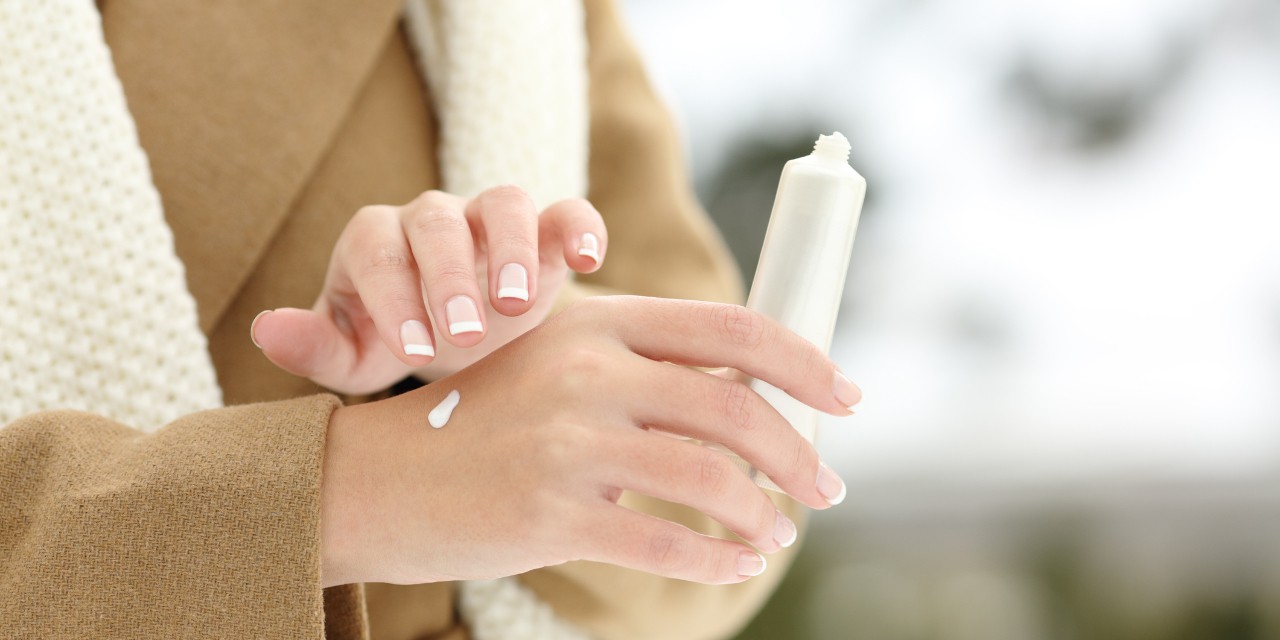 Applying moisturizer helps keep your skin smooth in winter, but it's better to use it after you come in from the cold, says U of A dermatologist Robert Gniadecki. (Photo: Getty Images)

Want to get rid of dry winter skin? Scale back on the hot baths, says a University of Alberta expert.

Water can do more harm than good for rough skin, said Robert Gniadecki, a dermatologist in the Faculty of Medicine & Dentistry. “People think dry skin is about a lack of water, so they’ll soak in water, but it does you a disservice,” he said.

Moisture levels in skin rely on a balance between various molecules and proteins, which can be washed away in the tub or shower.

“The restoration of hydration isn’t about getting more water, it’s more about restoring appropriate biochemical composition to the skin,” Gniadecki said.

Bitter cold also takes a toll, when freezing temperatures destroy the very fine layer of protective protein on the skin’s surface that keeps moisture in.

Fortunately, there are some simple ways to help keep skin—which happens to be the body’s largest organ—supple during long winter months, Gniadecki added.

Use a scarf, not cream, to cover up outside

When going outside, cover your face and hands to protect the skin’s protein barrier from freezing, but leave the moisturizing for after you come in from the cold.

“Putting cream on before you go outside puts a lot of water superficially on the skin. That can freeze and cause redness and inflammation, or damage like frostbite,” said Gniadecki.

If applying sunscreen or lip balm for wintertime activities like skiing, do it at least a half hour before going outside so the water in the product has time to be absorbed by the skin.

“It’s a pleasure to take a long, hot shower, but doing it every day, especially twice a day, will eventually dry the skin out,” Gniadecki said.

Cut both the time and temperature down if you’re normally under the nozzle for 15 minutes or longer. And lather up only briefly.

“Soap is a detergent that is supposed to remove fatty substances, so it washes away the skin’s good fat molecules and also reduces the pH levels of the skin, which results in damage and dryness,” he said.

If you prefer a soak in the tub, it’s a good idea to avoid using bath oil, he suggested.

“It sits on top of the water so the oil will be on your skin, but it will be messy. Instead, use a moisturizer afterwards.”

Reach for a good cream

Moisturizing cream adds water to the top layer of skin and contains three components. Humectants are small molecules that bind the water to the skin. Emollients fill the tiny spaces between dead skin cells and restore smoothness. Occlusives provide a final layer of protection and keep the water from evaporating.

Gniadecki recommends using cream that doesn’t contain harmful ingredients like fragrance, preservatives such as formaldehyde or parabens, and natural extracts like tea tree oil that may cause allergies or irritation.

Using thick or thin cream is a matter of preference, but apply moisturizer at least once a day and after stepping out of the shower or bath, either before or after towelling off.

Get help for severely dry skin

Skin that is cracked and bleeding needs a helping hand with a topical steroid ointment—usually prescribed by a doctor—to treat irritation.

“It has an anti-itch effect and restores skin’s integrity,” said Gniadecki.

Moisturizing several times a day is also a good idea.