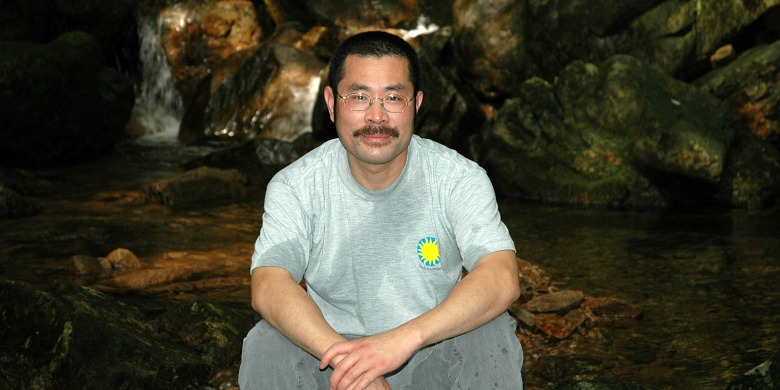 131003-fangliang-he-banner
UAlberta biodiversity researcher Fangliang He contributed his expertise to an international study of why small mammals are rapidly vanishing from forest islands created by a reservoir project in Thailand.

(Edmonton) A leading biodiversity expert at the University of Alberta was part of an international team of scientists that documented the near-extinction of native small mammals on forest islands created by a large hydroelectric reservoir in Thailand.

The findings are another example of evidence that land fragmentation accelerates local extinction of species, says Fangliang He, a researcher in the U of A’s Faculty of Agricultural, Life and Environmental Sciences.

He, a Canada Research Chair in Biodiversity and Landscape Modelling at the U of A, contributed to analyzing the data and modelling the biodiversity loss on the islands.

“The model shows a rapid erosion of biodiversity after the reservoir was built. The evidence is clear that habitat fragmentation accelerates local extinction of species,” He said.

“It was like ecological Armageddon,” said Luke Gibson from the National University of Singapore, who led the study. “Nobody imagined we’d see such catastrophic local extinctions.”

Five years after a 160-square-kilometre area was flooded to build the reservoir in the mid-1980s, scientists observed 12 to 15 different species on the islands that were created as a result of the flood. Twenty-five years later, some researchers returned. They were shocked to notice that native small mammals had vanished with alarming speed, with just a handful remaining—on average, less than one individual per island.

“There seemed to be two culprits,” said William Laurance of James Cook University in Australia. “Native mammals suffered the harmful effects of population isolation, and they also had to deal with a devastating invader—the Malayan field rat.”

In just a few years, the invading rat grew so abundant on the islands that it virtually displaced all native small mammals. The field rat normally favours villages and agricultural lands, but will also invade disturbed forests.

Preserving biodiversity in the fragmented forest

He has seen a story similar to this before, right here in Alberta. As part of EMEND, a comprehensive forest research program being led by John Spence and conducted in the Department of Renewable Resources, He and Spence observed the loss of biodiversity in harvested forests.

“Having undisturbed patches of trees helped,” He said, adding that it usually takes a long time to know whether the diversity will recover as trees begin to grow again in the harvested area.

This most recent study in Thailand, recently published in the journal Science, is considered important because forests around the world are being rapidly felled and chopped up into small island-like fragments.

The study was motivated by a desire to understand how long species can live in forest fragments. If they persist for many decades, it gives conservationists a window of time to create wildlife corridors or restore surrounding forests to reduce the harmful effects of forest isolation.

“The bottom line is that we must conserve large, intact habitats for nature,” said Gibson. “That’s the only way we can ensure biodiversity will survive.”