Not all research we do involves analysis of entire cores. Sometimes we work with subsets of cores. We may have to reconsider some of the work we planned to do, but the work can and will continue. 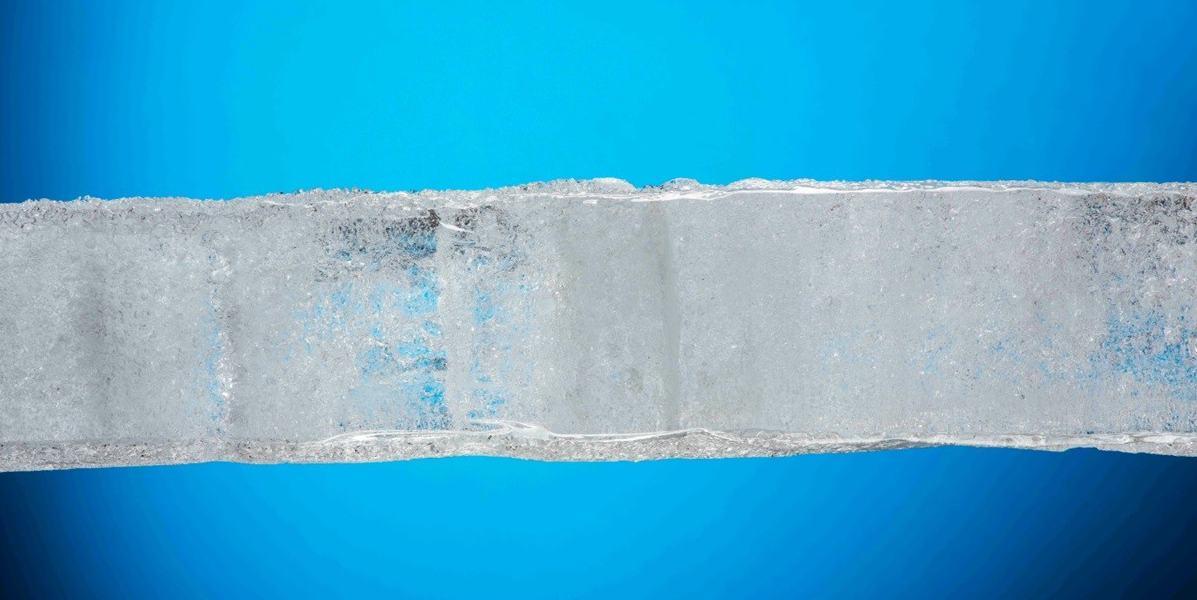 A freezer malfunction at the University of Alberta’s Canadian Ice Core Archive resulted in warming that damaged part of the collection.

The warming and a separate failure of the temperature monitoring system resulted in the partial melting of ice core samples, affecting 12.8 per cent of the collection. The entire archive, including affected samples, has been secured in a separate freezer with additional safeguards put in place.

“The loss of any ice core sample is deeply concerning to the University of Alberta and to our research teams, who plan to use this ice to answer important questions about climate change and our planet’s history,” said Andrew Sharman, vice-president of facilities and operations. “With the assistance of our service provider, the affected freezer has been restored, an investigation is ongoing, and we are working to ensure this does not happen again.”

The Canadian Ice Core Archive, or CICA, represents more than 80,000 years of evidence of changes to climate in 1.4 kilometres of ice. The collection contains 12 ice cores that were drilled in five different locations, and represents the world’s largest collection of ice core samples from the Canadian Arctic. Some were collected as far back as the late 1970s and as recently as the mid-2000s and have been analyzed in some detail by scientists.

Glaciologist Martin Sharp, the research lead for CICA, estimates the loss at 180 metres of ice, or 12.8 per cent of the 1,409-metre collection. The warming did not, however, damage the whole of any of the cores, which are stored in multiple one-metre segments.

Once melting occurs, melted water from one core segment can contaminate other segments stored nearby. Sharp said this would make it challenging to interpret the results of any analyses conducted on contaminated segments.

“This incident will affect research, no question. It rules out certain studies that we might have wanted to conduct on the cores, such as reconstructing continuous long-term histories where parts of the cores have been lost or contaminated,” Sharp said. “But not all research we do involves analysis of entire cores. Sometimes we work with subsets of cores. We may have to reconsider some of the work we planned to do, but the work can and will continue—and nearly 90 per cent of the archive is still intact.”

Sharp added that new technologies such as cryogenic laser ablation would make it possible to explore whether useful analyses can be conducted on samples from the interior of the partially melted samples.

Ice cores find a new home at the U of A

In 2015, Natural Resources Canada approved a U of A proposal to take possession of ice cores previously stored in Ottawa at the Geological Survey of Canada’s Ice Core Research Laboratory. The Canada Foundation for Innovation provided $2.3 million for the U of A facility, with matching funds from the Government of Alberta.

The ice cores were shipped in a C-Can freezer container chilled to -30 C and equipped with a custom-built monitoring system that allowed for real-time response to any changes in temperature. The samples departed Ottawa on Jan. 12, 2017, and arrived at the U of A’s north campus on Jan. 15.

The ice cores remained in the C-Can freezer container until they were moved into CICA walk-in freezers on March 24. The facility, located in the South Academic Building, contains two freezers, a storage unit chilled to -37 C and an adjacent working unit cooled to -25 C. Both units were commissioned in October and operated for over five months while holding 40 five-gallon buckets of ice to simulate the cores. Both CICA freezer units were functioning properly at noon on Friday, March 31.

Late in the afternoon of Sunday, April 2, U of A Protective Services and Edmonton Fire Service responded to a high-heat alarm in CICA. Facilities and operations found the temperature in the storage freezer had reached 40 C, resulting in the damage to the ice core samples.

All affected ice core samples were immediately moved into the working freezer, which was functioning properly and where the majority of the collection was being stored.

“Careful thought and attention went into planning every design detail, from the cross-country transport to the facility itself, and we all thought there were no weaknesses,” said Sharp. “An incident of this magnitude is a major disappointment given the investment in the facility and the cost and challenge of replacing the lost samples. When you lose part of an ice core, you lose part of the record of past climates, past environments—an archive of the history of our atmosphere. You just don’t have easy access to information about those past time periods.”

Sharp found some solace in that the freezer failure happened before research activities at CICA were in full operation, and that only a small portion of the cores was affected. He also noted that these weren’t new samples.

An investigation into the freezer malfunction found fault with the cooling system. Specifically, the refrigeration chillers shut down due to “high head pressure” conditions. Essentially, the chillers were not able to reject their heat through the condenser water system—heat instead of cold circulated through the freezer.

Compounding matters, the system monitoring the freezer temperatures failed due to a database corruption. The freezer’s computer system was actually sending out alarm signals that the temperature was rising, but those signals never made it to the university’s service provider or the on-campus control centre.

In the short term, refrigeration technicians are monitoring the freezers through twice-daily checks, Sharman said. The computer database corruption was resolved by adding a second monitoring controller, which is now issuing real-time messaging updates every eight hours.

Over the next few weeks, a second, independent path of alarming will be installed. The refrigeration system will also be modified to improve performance during failures, such as shutting down the evaporators in the event of a condenser failure. The C-Can freezer the university purchased to transport the core collection from Ottawa to Edmonton is also available as a backup.

Sharman said the U of A has informed government and its funding and research partners of the situation, and added the university is doing everything possible to ensure it will not happen again.

“We successfully maintain cold-storage facilities across our campuses, so to have two malfunctions of this magnitude at the same time is unprecedented,” said Sharman. “The Canadian Ice Core Archive is a scientific resource of international importance and the University of Alberta takes seriously our responsibility as stewards.”