Friends play bigger role than others in how active girls are in late childhood, study shows

Researchers make recommendations to group of northern Alberta schools to harness power of friendship to increase activity levels in students. 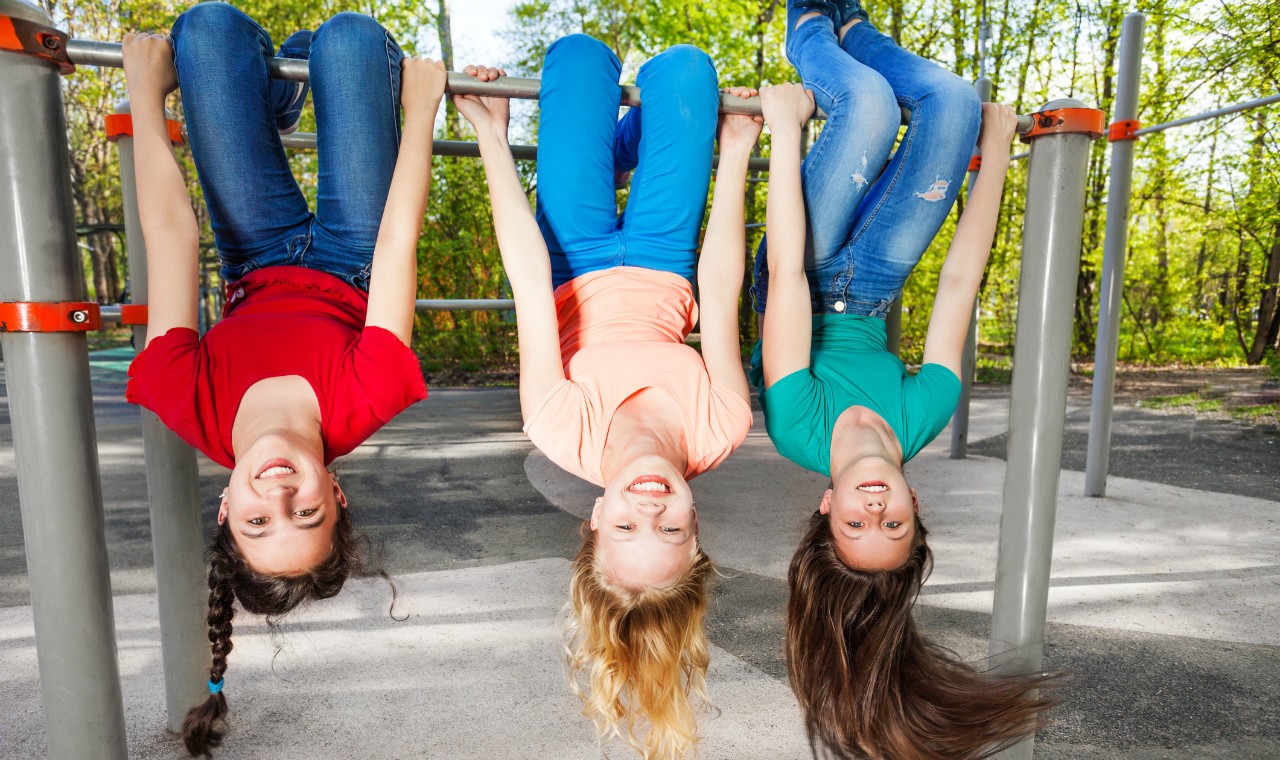 Girls may be more likely to be physically active if their close friends are more active as well, a new UAlberta study suggests.

Who your daughter hangs out with at school plays a major role in her physical activity levels, according to a new University of Alberta study.

“Schools, teachers and parents are not the only ones shaping the physical activity of kids. Friends—especially for girls—are also important,” said Jodie Stearns, a PhD candidate in the Faculty of Kinesiology, Sport, and Recreation.

“Our findings showed that for girls, friends may influence physical activity levels in late childhood,” said Stearns. She collected data through the APPLE Schools project, a school-focused health promotion initiative in Alberta.

Stearns asked 706 Grade 5 students in 27 Edmonton and Fort McMurray schools to identify their best and close friends in their school and grade. Students were then given a time-stamped pedometer, which they wore for nine consecutive days.

Using that data, Stearns was able to map out the friendship networks within each school and examine the patterning of physical activity across the networks.

She found that for girls, friends had more similar levels of physical activity than children who were not friends.

When examined across the year, these findings suggest that if a girl has a network of friends who are physically active, she increases her chances of meeting Canada’s physical activity guidelines on 13 more days per year. These guidelines recommend that children accumulate 60 minutes of daily physical activity per day.

When Stearns broke down the difference between the girls’ best and close friends, she found that both were important—both had more similar levels of physical activity throughout the week than girls who were not friends.

“Boys tend to hang out in large groups and often play sports together,” said Stearns. “If all the boys in a class are outside playing soccer together, you’re not going to see the differentiation between friends and non-friends, unless it is a reciprocated best friend.”

She added, “For boys, it was the tight best friend relationships that mattered. For girls, all friendships mattered.”

She said the physical activity similarity between friends could be due to selection or influence.

“It’s possible that children are settling on their chosen friendships because they do similar amounts of physical activity or they like similar physical activities, or it could be that they are influencing each other to participate in certain activities,” she said. Previous research done with smaller samples has shown that influence plays the largest role.

In light of the findings, Stearns worked with the local APPLE Schools management team to develop a list of recommendations for schools that harness the power of friendships to encourage physical activity among children.

“Schools can approach inactive friendship groups, ask them whether there are activities they would like to do together and offer these activities for them. That way you are really targeting the norms of the friendship group as a whole, as these groups have shared norms around physical activity and active living.”

By targeting inactive children, this approach could help reduce inequality in physical activity instead of simply helping active children become even more active.

Friends play bigger role than others in how active girls are in late childhood, study shows