From economics to the Fourth Estate 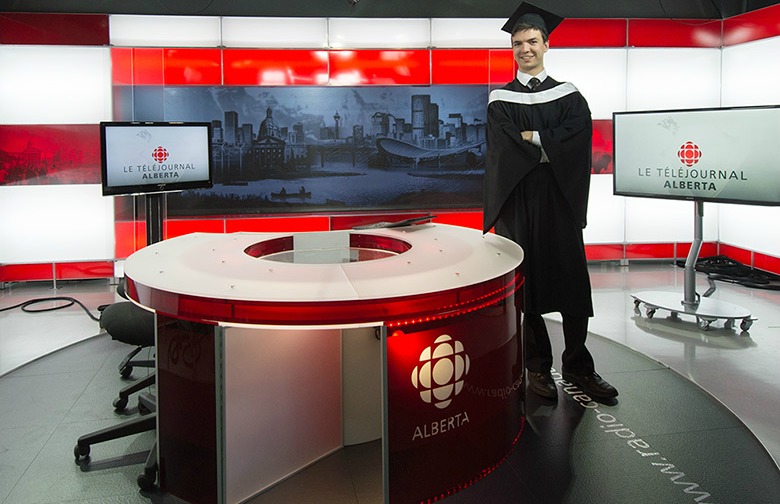 130511-philippe-demontigny-banner
Economics grad Philippe de Montigny will pursue graduate studies in journalism on his way to realizing his dream of a career in the national news. (Photo: John Ulan)

(Edmonton) At this time of year, many recent economics honours graduates might be seeking or starting work as analysts, bankers or civil servants. Philippe de Montigny is taking a fourth option.

The Fourth Estate, that is.

The countdown is on for de Montigny, who holds a 4.0 average, to the start of graduate studies in journalism at Carleton University. It’s a dream he’s held since he was young, he says, recounting his early experiences of “running” a classroom newspaper in Grade 5. That later gave way to writing book reviews for Le Franco, a local Franco-Albertan weekly newspaper, and eventually volunteering with The Gateway and freelancing for both of the province’s francophone papers.

“I’ve always had a passion for speaking with people, writing, informing, entertaining,” he said.

When he wasn’t busy pursuing those passions, de Montigny has had little trouble filling in his spare time while he was at the U of A. He’s been active as a tutor, in both the Department of Economics and the Aboriginal Student Services Centre. He was actively involved as a member of the university appeals boards. And he played piccolo and flute—he’s also a music minor—in the Symphonic Wind Ensemble and University Symphony Orchestra. In fact, he credits his music for keeping him balanced during his time at the U of A.

So, having worked so hard at this and other pursuits for the last four years, he’s taking the summer off, right? Nope; for the second year in a row, he’s the co-ordinator for French for the Future’s National Ambassador Youth Forum.

What can we expect from Philippe de Montigny in the future? If his track record is to be believed, the answer is “anything he wants to do.” And yes, he sort of has that mapped out already, too.

"My goal is to engage people about the economy, get them to ask questions and demand answers,” he said. “One day, I hope to be your senior business correspondent or even news anchor on national television. Dream big!”

From economics to the Fourth Estate