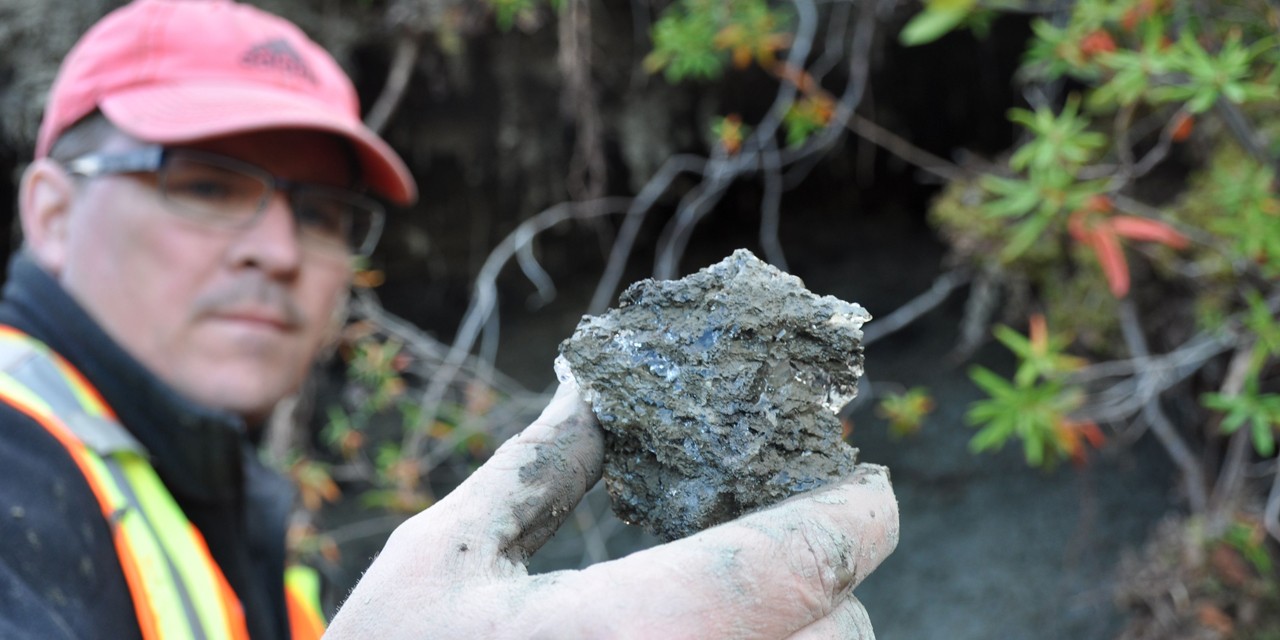 Duane Froese holds a piece of ice-rich permafrost from a site near Dawson City, Yukon. The sediment-rich ice of this type is commonly found near the top of the permafrost (usually 75-100 cm below the surface) and is very susceptible to thaw. Once thawed, and the water released, the ground quickly loses its strength.

Thanks to a $1.6-million funding infusion provided via the Canadian Foundation for Innovation, the University of Alberta will become home to the new Permafrost Archives Science Laboratory, the first of its kind in North America.

“This is an attempt to capture the richness of what we can learn from permafrost while dealing with the potential impacts of thaw and changes in the north,” said Duane Froese, professor in the Department of Earth and Atmospheric Sciences and lead on the new initiative. “Changes to permafrost as a result of increasing ground temperature are likely to become a defining issue for Canada over the next few decades.”

Froese explained that while permafrost is technically defined as ground with temperature below zero degrees celsius for at least two years, most of the core samples to be housed at the U of A have been frozen for often tens of thousands of years. He adds, these frozen records are becoming increasingly vulnerable to climate change as ground temperatures have been warming over the last half century.

“The benefit of this facility is that we can both archive and analyze permafrost cores to query for a lot of different scientific questions,” said Froese. “One of the obvious questions we are interested in is both the sensitivity of permafrost—how likely is it to thaw over what time scales—and what are the impacts of that thaw, in particular related to the shifting ground and infrastructure but also its impact on carbon stored in permafrost.”

In addition to concerns about the release of carbon and other materials contained within the permafrost, one of the more practical concerns is understanding the sensitivity of permafrost in areas of current and future industrial development such as roadways and communities, particularly in the Canadian North. The cores will mainly come from the Northwest Territories and the Yukon, and the researchers are working closely with governments and industry partners in the Canadian North.

Many visiting researchers will come to the U of A to work with the permafrost as scientists around the globe continue in the race to better understand the effects of continued changes to our climate.

The new facility, to be housed on campus, will include archival freezers, cold cutting rooms, clean lab space for genomic and biogeochemical sampling, analytic space, and a large format CT scanner, used to determine the properties of the permafrost cores.

The new Permafrost Archive Science Lab will work in concert with the Canadian Ice Core Archive, which opened earlier this spring on the U of A campus, a university known for its excellence in northern and climate change research.