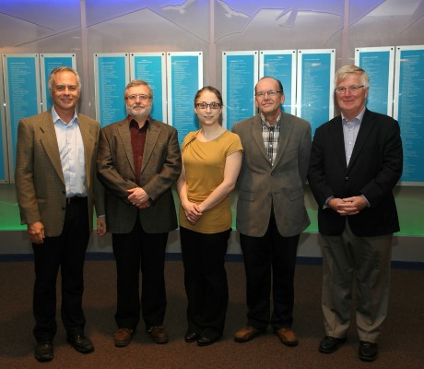 From research innovation to spinoff success 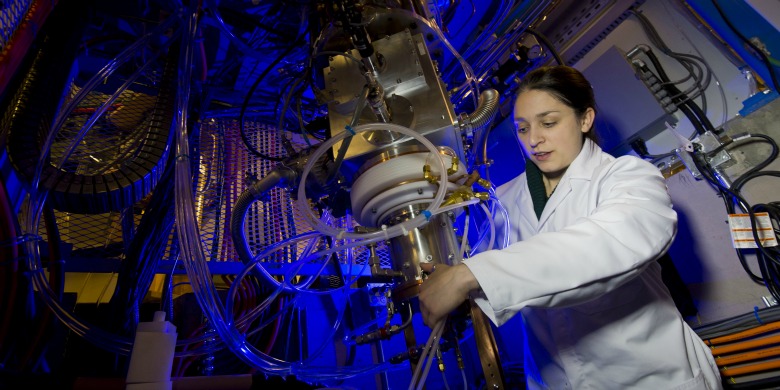 (Edmonton) When University of Alberta oncologist Sandy McEwan was introduced to the idea of a non-nuclear alternative to manufacturing medical isotopes in small-scale facilities, he knew the technology had the potential to do a world of public good.

That vision started to take shape last year with the opening of the Medical Isotope and Cyclotron Facility at the U of A’s south campus. Within a few years, the revolutionary technology could be in use around the globe through a new spinoff company called Belgravia Tech Inc., providing local communities in Canada, and internationally, a safe, reliable and economical source of medical isotopes for diagnostic imaging.

“From a public-good point of view, our cyclotron technology is hugely important because it is replacing something that is critical in medical practice and is used in the treatment of almost two million Canadians each year,” said McEwan, chair of oncology and BTI co-founder with U of A research team members Katie Gagnon, Steve McQuarrie, John Wilson and Doug Abrams.

With funding from the federal and provincial governments and “enormous support and encouragement” across campus, the research team proved it can produce clinical-quality technetium-99m—an important isotope used for 80 per cent of nuclear medicine diagnostic procedures to help patients with cancer, heart disease, neurological illnesses and other diseases.

The cyclotron, a high-energy particle accelerator, will help address an expected shortage of medical isotopes in Canada once the Chalk River reactor closes in 2016. Due to half-life limitations, technetium-99m can only be shipped over short distances, meaning the U of A’s cyclotron could only supply Alberta’s medical isotope needs, however McEwan says the same technology could be employed anywhere in the world.

McEwan added the cyclotron is not only an evolutionary technology because it can be adapted as medicine finds new uses for isotopes, but it’s also cheaper and moves away from uranium reactors, which create toxic nuclear waste and cost hundreds of millions of dollars.

Moving from the research and academic sphere to commercialization and the boardroom was an entirely new experience for McEwan and his colleagues at BTI. “We remain a bunch of geeks trying to move into the commercial realm,” he said.

The company found support through TEC Edmonton, which helped the team understand the commercial space and create a viable business model that is applicable across a variety of cyclotron technologies, and provided connections to government and stakeholders.

That effort is starting to pay off with BTI being named a fast-growth finalist in this year’s TEC VenturePrize.

It could be the first in a long series of accolades given the technology’s potential. But getting to that point requires a lot of groundwork, with much of McEwan’s and Gagnon’s time devoted to the research, as well as testing and refining the technology and cost-effectiveness of the system. At worst, McEwan says, the cyclotron system is no more expensive than the current, heavily subsidized nuclear reactor technologies, but in the best-case scenario could be up to 25 per cent cheaper.

The coming months will see the team apply for regulatory approvals in Canada, the United States and United Kingdom—the biggest hurdle to taking the technology to market and attracting interest in the medical community and health systems, and among industrial partners, McEwan said.

“If the technology is successful, then BTI will become an international company very quickly because no one will be able to put this technology into place without us.”