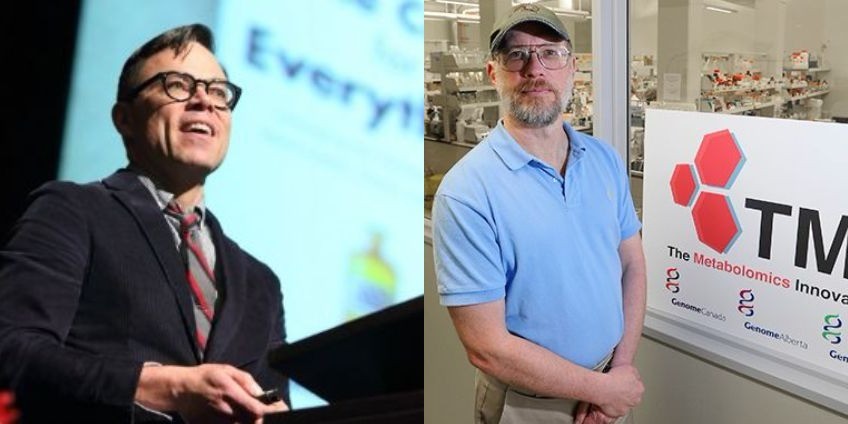 Caulfield’s project, which he is co-leading with researchers from the University of British Columbia and McGill University, is looking at the long-held notion that when a viable kidney comes up for transplantation, it’s a simple matter of first come, first served, blood considerations aside. Recent findings suggest outcomes can improve if donor organs and recipients are better matched.

The U of A-based Metabolomics Innovation Centre (TMIC) was awarded $11.7 million to help researchers develop new and improved genomics technologies, and provide researchers with access to leading-edge genomics tools, technologies and services.

Understanding the ethical concerns around what those better outcomes might entail and reducing the rate of rejected kidney transplants are at the heart of the $9.7-million grant the interdisciplinary team of Canadian researchers co-led by Caulfield received from Genome Canada.

Chronic kidney disease affects one in 10 Canadians with estimated costs of more than $2 billion per year. Transplantation is the treatment of choice for those whose kidneys fail: it improves survival, optimizes quality of life and decreases health-care costs compared with dialysis.

But organ rejection occurs in up to 30 per cent of transplant patients, causing a return to dialysis and early death. About 500 Canadian patients return to dialysis each year, resulting in a fourfold increase in the risk of death, decreased quality of life and incremental costs of up to $1 million per patient over their remaining lifetime.

The team—which includes more than 70 scientists and clinicians from 22 universities in Canada, the United States, the United Kingdom and the European Union—will use genomic technologies to better match patients and donors, better monitor the immune response after transplantation and enhance the use of personalized drug treatments to prevent rejection while avoiding infection or cancer.

The research group will also explore how existing legal norms and obligations may play out when donor-recipient matching tools are used to inform clinicians’ and patients’ decisions concerning acceptance or refusal of organs, deceased donor organ allocation policies and living donor organ donation.

“Immediately you can see the legal, ethical and policy challenges, because then what we’re doing is saying we’re going to use this information to inform who gets an organ and who doesn’t get an organ,” said Caulfield. “The policies around the world are really based on the idea of equity and fairness. As science marches forward, increasingly we’re embracing an evidence-based approach to outcome measures.”

Caulfield's team will also consider whether the “rule of rescue,” or the tendency for physicians to err on the side of providing treatment regardless of cost, even in the face of resource considerations, can effectively be addressed. It should help health-care providers change their behaviour in a way that helps allocate organs based on precision medicine.

The researchers will also explore how popular culture, including social media and the news media, depicts transplantation policy and organ donation. The findings will help inform the development of communication strategies relevant to policies of organ allocation, and organ donation campaigns.

“We’re really talking about life-and-death decisions—there just aren’t enough organs to go around. The outcome of this work really means that different people might be getting organs. Even though everyone might benefit from it, this person might benefit more,” said Caulfield.

He was also named on a $9.1-million study led out of the universities of British Columbia and Toronto looking to explore the early diagnosis and prevention of childhood asthma by analyzing dirty diapers.

Evidence has shown that babies who go on to develop asthma tend to be missing key microbes in their intestines in the first few months of life. Beyond predicting who may develop asthma, the research will guide the ethical development of ways to replace these microbes, to prevent asthma from developing at all.

Caulfield will explore the ethical and legal aspects of generating and maintaining a biobank from infants and children, where consent was provided by parents or guardians.

The two genomics and precision health projects are among 15 receiving $162 million over four years from Genome Canada, in collaboration with the Canadian Institutes of Health Research and their co-funding partners.

Genome Canada and its partners also invested $93 million over three years in 10 genomics technology platforms, including the U of A-based TMIC, which received $11.7 million.

To date, TMIC has analyzed some 30,000 samples and conducted more than 55,000 tests, attracting more than $3.6 million in service revenues. Moving forward, TMIC will grow substantially to meet an estimated tripling of metabolomics activities in Canada in the next five years. It will continue to extend its reach nationally and add new technological capabilities. It will also expand its technology development activities, including developing and commercializing metabolomics kits to make metabolomics more accessible, affordable and mainstream.