Getting to the nitty-gritty of the food we eat 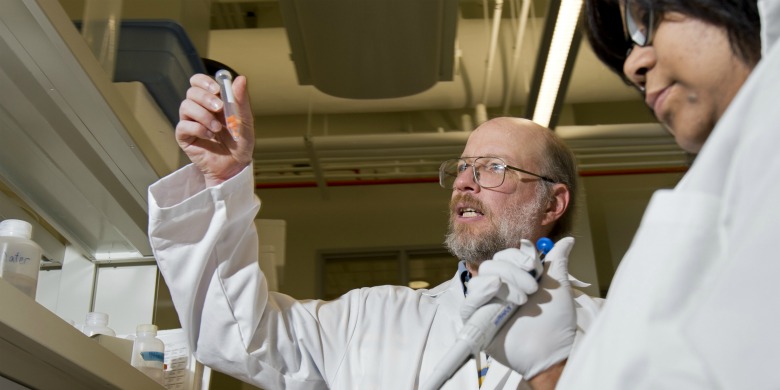 120601-davidwishart-banner
David Wishart is taking a closer look at food products made in Alberta to help educate people about the nutritional value of what they eat. (Photo: John Ulan)

(Edmonton) Exactly how nutritious are the food products made in Alberta? A University of Alberta researcher is going to find out by putting the micronutrients of raw, unprocessed foods under the microscope.

David Wishart, a U of A biology and computing science researcher, says the public can get only so much information on nutritional value from the back of a cereal box.

Wishart says food packaging typically lists some macronutrients like fat, protein and some vitamins and minerals, but those cover only 15 to 20 chemicals. “The average food item that you eat, even your morning coffee, contains about 5,000 different compounds, and it’s our objective to try and measure more of those,” said Wishart.

Wishart says the researchers want to get that information specifically about Alberta foods to give consumers and food producers in the province a baseline of where nutrition values are now and where there’s room for improvement.

The researchers will look primarily at food in its raw state, such as cereal crops before they’re turned into bread. In total, the researchers will examine 50 to 60 foods over the next three years, and the nutritional values will be put in a publicly accessible database in a consumer-friendly format called food fact sheets.

Wishart says that although some food products such as cereal crops go through a lot of processing between the measuring of their nutritional value and eventual consumption, the data will give consumers and producers a measurement of their products’ original nutritional value.

“When it’s a steak on the barbeque and it’s Alberta beef, you’ll know what’s there,” said Wishart.

Wishart’s research is one of 13 food-quality health studies supported by $5 million from Alberta Innovates Bio Solutions and seven other provincial funders.

“The idea is to inform people in a more scientific way than simply saying ‘if I eat fat I’ll get fat and if I eat protein I’ll get muscular,’” said Wishart. “That’s the old way of thinking about food and that’s so wrong. This program should go a long way toward educating people about the true value of their food.”

Getting to the nitty-gritty of the food we eat
Newsroom