They all were able to move forward despite ‘not having.’ They all had some strength in them that propelled them forward. 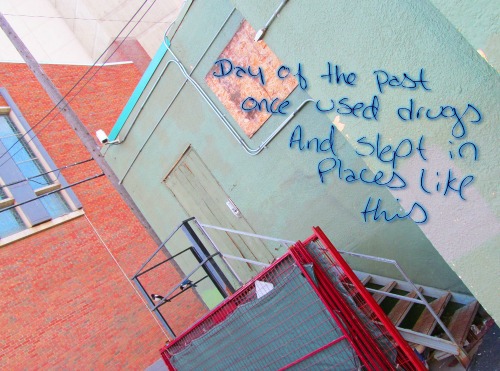 Giving a face to survivors of family violence, abuse 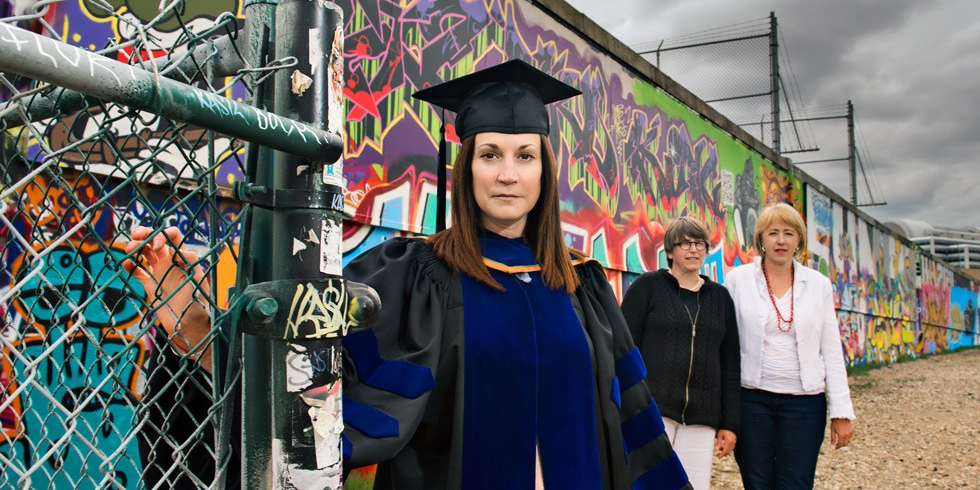 (Edmonton) There was a point during Margot Jackson’s doctoral research when she pulled into the driveway of her west Edmonton home and took full stock of her surroundings.

After 10 months researching the stories, photographs and experiences of six local youth whose lives were touched by homelessness, violence, prostitution and mental health issues, Jackson felt as though the upscale neighbourhood was so far removed from the inner city it was practically on another planet. The stories she’d heard left her angry, depressed and sometimes wanting to run, but the storytellers’ courage and perseverance gave her resolve to do something.

“At-risk youth are one of those populations that don’t have a voice—and there are very few services for them,” says Jackson, who received her PhD in nursing from the University of Alberta on June 3. “My goal has been to try and bring their issues to the forefront.”

Jackson first started working with at-risk youth as a public health nurse at an emergency shelter 12 years ago—a rewarding experience that cemented a desire to expand her knowledge of youth and social issues.

Jackson gained that knowledge and so much more, through a visual narrative inquiry of stories and experiences of six inner-city youth—Amanda, Emily, Natalie, Julia, Lacy and Stephanie—who ranged in age from 12 to 22 years. Unlike research that aims to solve a problem from A to B, this kind of inquiry aims to understand an issue by looking for common threads in the youths’ experiences. It’s the first step toward identifying their needs for support and services.

“You can’t go in and say, ‘You know what, I’m going to make this program for you guys and this is what it is’ without understanding who you’re doing it for. You need to really understand the person’s lived experiences and their stories before you do any of that.”

Through the eyes and experiences of youth

For her inquiry, Jackson worked with an arts-based society that works with inner-city youth—the one place where they felt a sense of self, where they weren’t judged or had to worry about problems, she says.

The youths’ narrative is told through their eyes and experiences, says Jackson, who gave them cameras to take pictures of their world, images later used in scrapbooks and gallery exhibits of their everyday lives. Those images also led to numerous one-on-one coffee conversations as the youth shared their often harrowing stories of violence, depression, sexual abuse, addiction and family separation.

One youth, Stephanie, suffered abuse as a baby from her father, who used to burn her feet on the stovetop whenever she cried. Another, Amanda, has a history of prostitution and drug abuse. Julia, of Aboriginal descent, admitted to adding bleach to her bath and trying to scrub off her skin to become white. All six have suffered from mental health issues, including depression, anxiety and thoughts of suicide and self-harm.

The experiences of previous generations—parents, grandparents and other family members—were another common thread shared by the youth, Jackson says. Julia’s grandmother, for instance, had 20 children, 10 of whom are still alive today, all living under one roof with some even sleeping in the garage or tents.

“They smoke crack in the house, they drink in the yard, they smoke in the house. [Grandmother] used to sell her daughters in the street,” Julia wrote.

Those intergenerational experiences have reverberations, manifesting in the youth in a way that sometimes gets lost for health-care workers and social service providers, Jackson says.

Stories of courage and perseverance

The threads that bind the youth transcend tragedy and are stories of remarkable courage and perseverance, says Jackson, who came to know each of the girls and share in their hopes and dreams for a brighter future.

“They all were able to move forward despite ‘not having.’ They all had some strength in them that propelled them forward,” she says. “To be able to find that piece was pretty amazing to see.”

Jackson says she also learned a lot about herself during her research. Her supervisors, Vera Caine and Solina Richter from the Faculty of Nursing, kept her grounded and provided invaluable insight into the project.

Caine credits Jackson for drawing attention to a population that’s often marginalized. More importantly, she took the time to truly get to know the youth beyond research, Caine says, to the point where Jackson found herself providing emotional support to one of the girls and her mother after child services removed the girl and a younger sibling from their home.

“Margot did it in a way in which youth and their families felt safe. That doesn't come naturally to some people because the experience is so foreign,” Caine says.

Just like the day Jackson spent in her vehicle considering her surroundings and privilege, the experience led to considerable self-reflection. And although Caine and Richter were officially her mentors for her dissertation, the girls taught her just as much—and a great deal more.

“We don’t often think of our research participants as people who mentor us, but I think they can, and Margot paid a lot of attention to that,” Caine adds.

The research was at times hard and slow-going, but it was also very rewarding, says Jackson, who continues to research youth issues as an assistant professor of health and community studies at MacEwan University, where she landed a faculty appointment last September.

The six girls who shared pieces of themselves are still writing their stories. And there are many more to share.

“I want people to see and hear the things that I’ve seen and heard, and have that understanding that these aren’t street kids that had no value.”

Giving a face to survivors of family violence, abuse
Newsroom