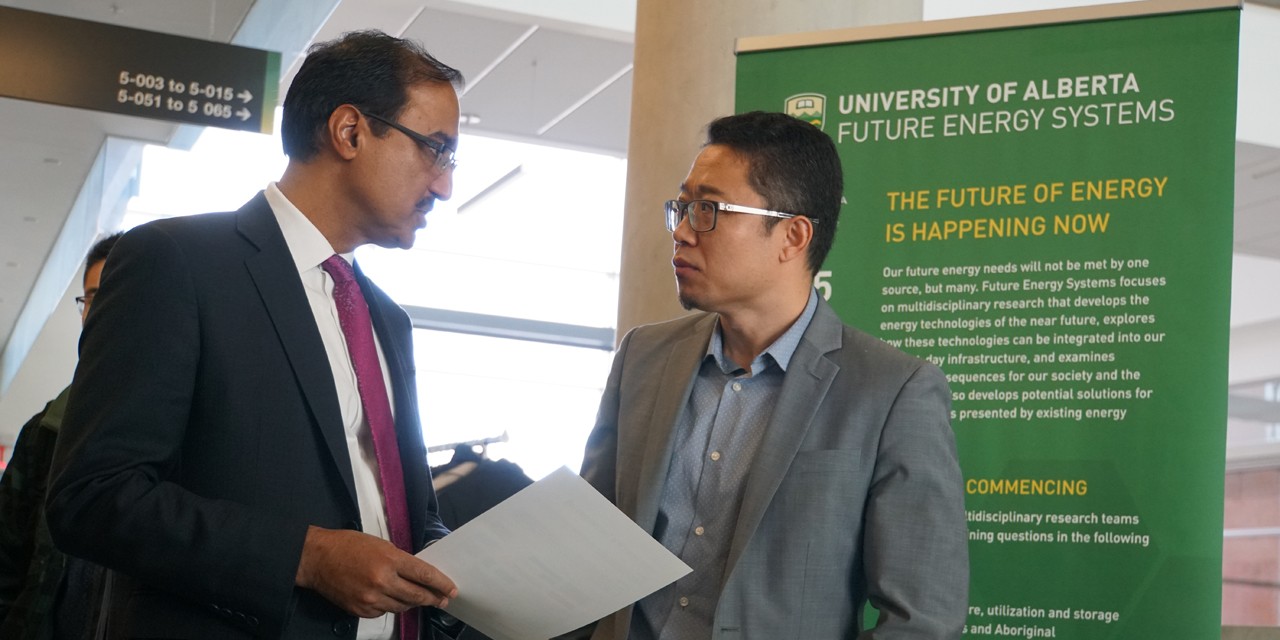 Ryan Li is working to ensure the quality of our electricity.

The University of Alberta electrical and computer engineering researcher says as renewable energy technologies and new devices increasingly complicate our energy system, smart grids will be essential to maintaining a stable supply of high-quality electricity.

For instance, when you turn on a light or charge a phone, it’s easy to visualize the electricity you use as a uniform source of power that’s the same everywhere, for all purposes. But power quality is not universal, and, according to Li, as new devices and new forms of energy become increasingly common, changes in the power quality of the electricity supply can cause real problems for grids that were never designed to accommodate them.

To that end, Li was today awarded $2.5 million from the Canada Foundation for Innovation (CFI) to put towards the construction of the Future Smart Grid Technologies Lab, a facility for testing prototype smart grid technologies.

"The grid was developed to deliver mechanically-generated electricity through alternating current—AC—in one direction, from the generation plant to the user," Li explained. "But every time we use an electronic device with a box attached to its plug, we're actually converting that AC current into DC—direct current. Power from dispersed, user-side renewable sources enter the system from the opposite direction, and mostly comes as DC. All of this requires voltage conversion between AC and DC, which can lower the efficiency and quality of our electricity—and we’re seeing it more every year."

To visualize the impact of low-quality electricity, imagine the impact of ‘low-quality’ water pressure to your home. Li says in developed countries, steady water pressure is generally taken for granted, but if a new technology installed in every home made the system-wide pressure too high, too low, or too intermittent, consequences could be severe. The principle behind electrical quality is similar, but the science is very different—and not as well-understood.

This is where Li and his new lab come in.

Unique in the world

Li has already spent a decade at the U of A researching the integration of AC and DC current in our existing grid, and working on smart grid technologies that can manage the mix. For Future Energy Systems he is extending this research to further explore the integration of renewable energy sources, and the development of microgrid structures.

The Future Smart Grid Technologies Lab will facilitate this research, allowing for the establishment of a very flexible test grid that includes renewable sources, mechanical and electronics loads, energy storage, as well as communication systems. The unique facility will allow prototype smart grid control systems to be developed and tested in Canada-specific scenarios.

"A few labs of this type exist in Europe and the United States," said Li. "But our facility will be uniquely designed with the capability of study a very wide spectrum of smart grid topics at electricity generation, distribution, as well as device and communication aspects—all with a focus on the Canadian environment."

Increasing solar and wind installations across Canada are introducing more renewable power into a grid never designed for it. At the same time, many remote Canadian communities currently operating as off-grids or microgrids are adopting more renewable sources for economical and social benefits.

The quality of electricity and the stability of supply will require smart grid solutions, so Li’s lab will help ensure that future Canadians can flip on lights and plug in devices as confidently as people today—no matter how the power is generated.

Construction has already begun, and the lab is expected to be operational in 2018.