Saxton will represent Canada in Men's Beach Volleyball at the 2016 Olympics in Rio de Janeiro, Brazil. 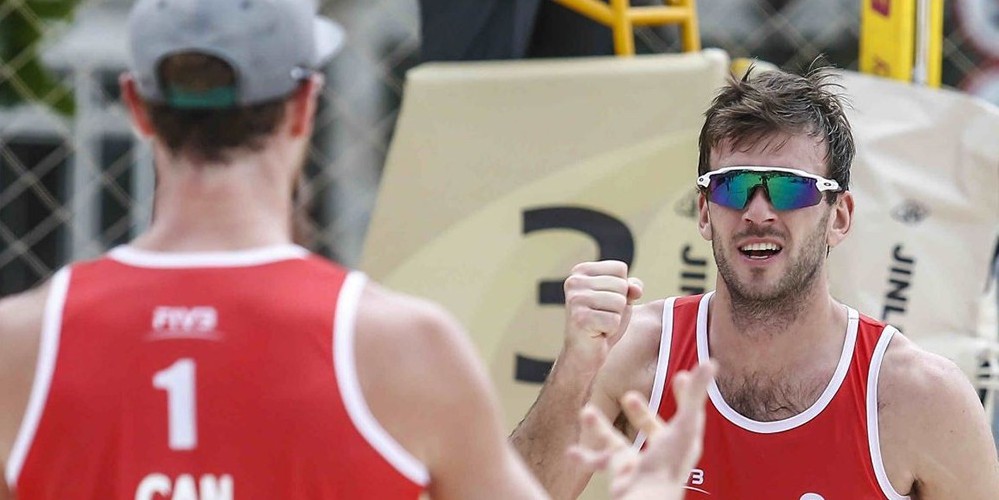 Saxton spent three seasons with the Golden Bears (2006-2009), helping the Bears capture back-to-back Canada West, and CIS national championship banners in 2008 and 2009. Saxton was among the conference season leaders with a .363 hitting percentage in 2009, his final year with the Golden Bears. The Calgary, Alberta native racked up 277 kills, 126 digs, and 22 assists over his three year CIS career.

The Olympic field is comprised of 24 teams per gender, including the top 15 from each on the Olympic ranking as of June 13, and excluding the Brazilians, who are assured one spot per gender as host country and one per gender as 2015 FIVB world champions. Schalk and Saxton were the first Canadian team to secure one of a maximum Olympic two spots for Canada's men with a 13th-place ranking and 4,820 Olympic qualifying points.

Beach volleyball has been a part of the Olympic slate since the 1996 games in Atlanta, Georgia. The Canadian national team earned a nation-best bronze medal in the 1996 games.

The 2016 beach volleyball schedule will begin on the second day of the events, on August 6th, 2016.