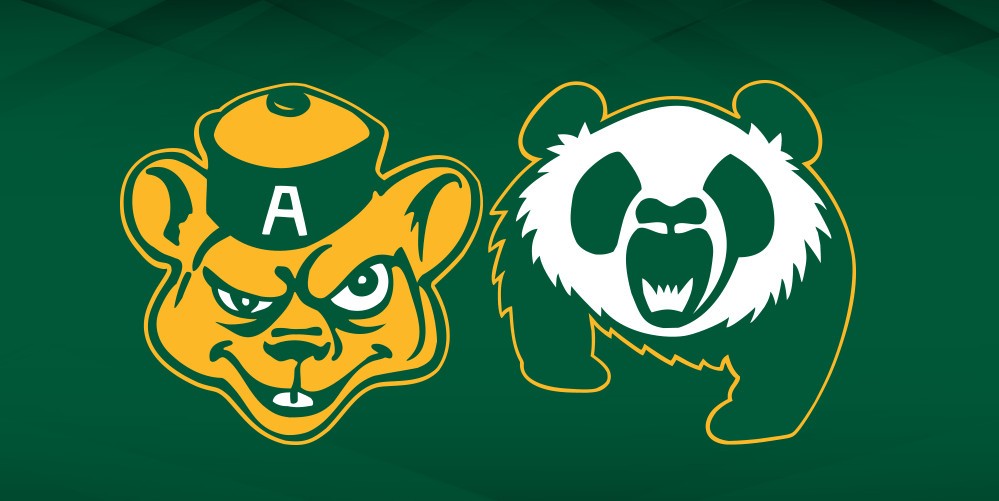 (Edmonton) Team Canada’s delegation for the 28th Summer Universiade Games in Gwangju, South Korea, will feature 17 student-athletes from the Golden Bears and Pandas varsity teams, and a total of 19 representatives from the University of Alberta.

The Universiade is the world's second largest sporting event after the Summer Olympics in terms of number of athletes and countries, drawing nearly 9,000 competitors from more than 140 nations. A total of 333 individuals will wear the Maple Leaf, including 234 student-athletes.

Though the games are officially underway July 3 to 14, Canadians were already in action July 2, winning their opener in women’s soccer (2–0 vs. France) and losing in men’s soccer (5–2 vs. Italy) and men's volleyball (3–0 vs. Iran).

The Evergreen and Gold contingent is spread out across Canada’s men’s and women’s teams, and on the official mission staff.

Competing on Canada’s athletics team is fourth-year sprinter Leah Walkeden and Pandas high-jump alumnus Lindsey Mix (nee Bergevin). Walkeden, who hails from Ardrossan, Alta., broke the Canada West 60-metre record this past season en route to a conference gold medal, and ran to a silver medal in the 60-metre at the national championship meet. She will also run relays for Canada in Gwangju. Bergevin wrapped her CIS career in 2012 but has remained a student at the U of A. She will be competing in her third Universiade Games after representing Canada in 2009 (Belgrade, Serbia) and 2013 (Kazan, Russia).

The Canadian men’s basketball team has three from the U of A on the squad, including alumnus Jordan Baker, who also competed in the 2011 Games in Shenzhen, China. The Edmonton-born forward just finished his first pro season in Germany after a stellar CIS career that saw him break 10 U of A records—career conference points, rebounds, steals and assists among them—and make two appearances on the CIS all-Canadian roster. He is joined on the national Universiade team by third-year Golden Bear Mamadou Gueye, who was the Canada West rookie of the year two seasons ago, and Golden Bears head coach Barnaby Craddock, who will be Canada’s head coach at the biennial games.

Robin Stewart is the U of A’s second head coach to be selected to lead a Canadian team in South Korea. The Golden Bears and Pandas golf coach will serve as the Canadian women’s golf coach.

A combined six active student-athletes or alumni from the Golden Bears and Pandas soccer teams will don the Maple Leaf as well. Current student-athletes include third-year midfielder Tim Hickson, as well as fifth-year Pandas Annalise Schellenberg and Jessie Candlish. U of A soccer alumni on Canada’s men’s and women’s rosters are goalie Jay Vetsch, defender Victoria Saccomani and Pandas all-time leading goal scorer Heather Lund, who is completing her master's degree at McGill University.

Team Canada’s men’s and women’s volleyball teams carry a combined five members from the historic U of A volleyball programs, including two members from the defending CIS champion Golden Bears and three from the 2015 CIS silver medallist Pandas. Fourth-year left-side Ryan Nickifor and third-year middle Arran Chambers will suit up for the Canadian men in South Korea, and Pandas libero Jessie Niles and all-Canadian left-side Meg Casault will play for the Canadian women. Recent alumnus Dione Lang, named an all-Canadian middle in her final CIS season (2014–15), will also play for Canada.

Also representing the Canucks in Gwangju from the U of A are physician Erika Persson, from the Glen Sather Sports Medicine Clinic, and rhythmic gymnastics competitor Hannah Parry.

U of A Team Canada participants for the Gwangju Games