Good wingmen fib for a friend 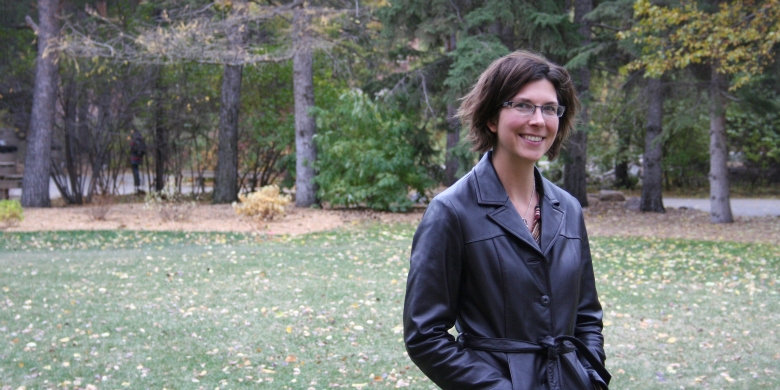 (Edmonton) It could be called the wingman theory or the Barney Stinson principle (after the character played by Neil Patrick Harris on hit TV show How I Met Your Mother). A University of Alberta researcher says that – like Barney, who spends much of his time trying to find his single friend a mate – people are generally willing to help a friend protect or enhance his reputation or help him otherwise save face in a social situation.

Along with colleagues from the University of Calgary and UBC, Jennifer Argo, an Alberta School of Business professor, explored the circumstances under which people would be willing to tell a lie to manage another person’s social image. The study found that, like Barney, the wingman is primed to step in with strategic identity support.

“This is an instance when you don’t have the opportunity to make yourself look good, so somebody else does it for you,” says Argo. “But you’re better off to hang out with your friends (in these situations) because your friends will look out for you.”

A friend in need? The fib’s the deed

Argo studied the likelihood of people helping out a friend who – to his chagrin – paid more for a car than did another person for the same vehicle. Regardless of the size of the price discrepancy, she says, friends are willing to come to the rescue. She notes that in the case of a large discrepancy, even strangers may be willing to help a person save face as a random act of kindness.

“People put themselves in the shoes of the other person and say ‘I would want someone to lie on my behalf so I wouldn’t look bad,’” she says.

Argo notes that the key here is for the person needing help to be physically present during the conversation between the friend and the third party. Otherwise, she notes, the only time they might be willing to fib on behalf of the absent friend is in the case of a large price discrepancy.

“It comes down to what kind of relationship you have with the person in need. I think it is truly defined by the level of your friendship,” Argo says. “If it’s the best friend, I think most people would lie, even at the risk of possibly being found out.”

She says the wingman theory could apply to almost any situation in which there is a discrepancy that could negatively impact the social perception or impression of the friend, such as when a friend has bought a knock-off surreptitiously. She says the application works equally when applied to business settings, in which a friend may embellish a recommendation to help a pal get a job. It may also apply at a party, where embroidering the truth could get a pal a first date with a potential partner.

“Based on the findings, it would seem reasonable to expect that people who understand their friends should be willing to step in as a wingman in a number of different contexts if their friends are in need,” Argo says.

However, Argo muses on the potential implications of telling a little white lie for a friend, something her study did not explore. She says even though the favourably-positioned falsehood has no cost to the receiver, it may potentially place the friendly fibber’s integrity in question with the person for whom the fib was originally told, especially if the lie was unsolicited. She says this would be an intriguing follow-up to this study.

“It does say something about that person, too. Because (as my friend), if you’re lying, and I know it, it might make me question or cause me to doubt how much you lie to me and others,” she says.

Good wingmen fib for a friend