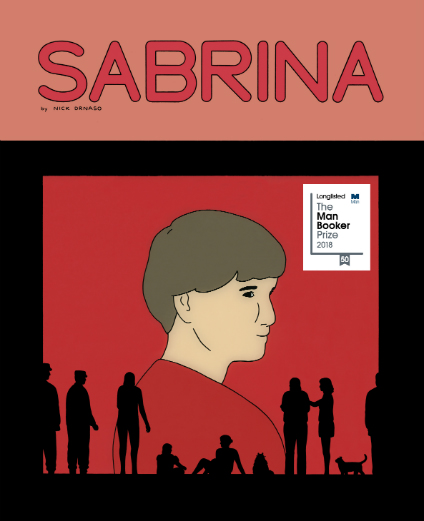 Nick Drnaso's "Sabrina" is the first graphic novel ever to make the longlist for the Man Booker Prize. (Image: Drawn and Quarterly)

Prestigious award nomination might signal a turning point for an underappreciated art form, says U of A professor who recommends 10 favourites with literary merit. 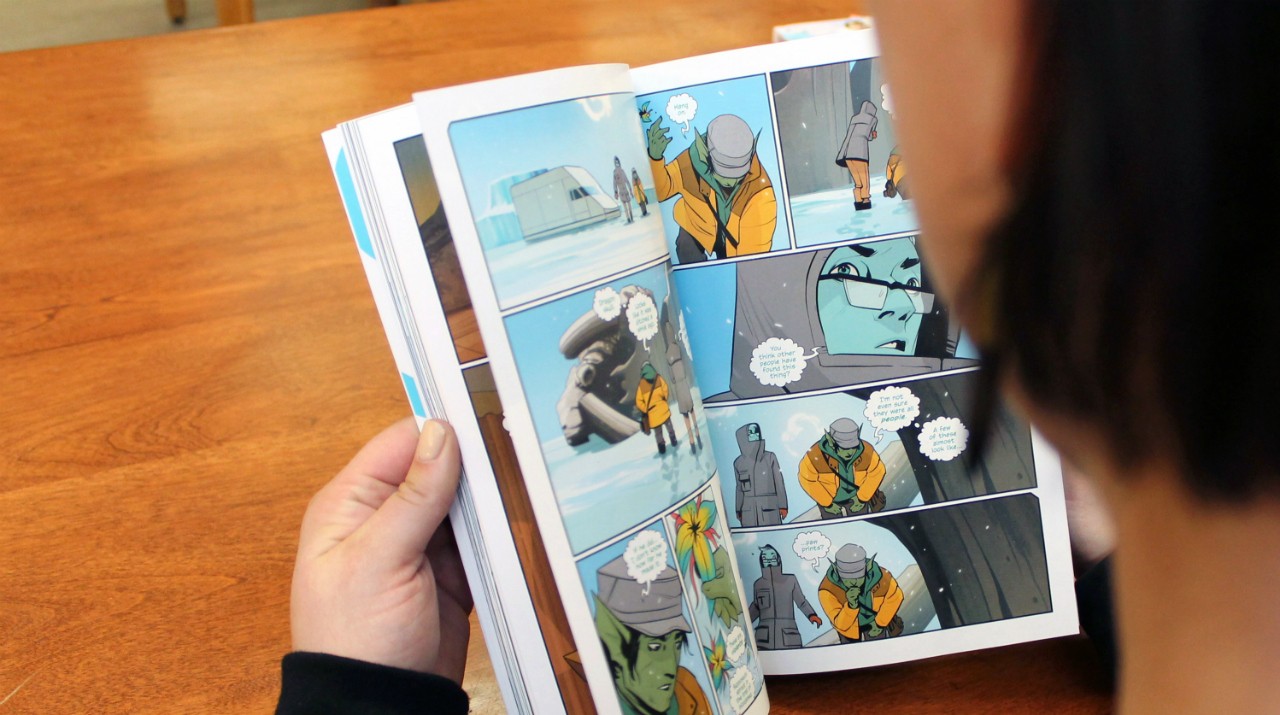 Graphic novels deserve a place alongside the best contemporary literature, according to a U of A education professor. "The format can tell sophisticated yet subtle stories." (Photo: Kateryna Barnes)

For the first time in its history, one of the most prestigious literary prizes in the world chose a graphic novel as one of its finalists. It was a literary breakthrough.

The 2018 Man Booker Prize, a U.K.-based award that’s long been a springboard for literary careers, longlisted Nick Drnaso’s graphic novel Sabrina, which details the aftermath of the title character’s murder at the hands of a stranger and depicts the toll of grief on the victim’s friends and family.

“The Man Booker jury recognized that the format can tell sophisticated yet subtle stories. I see both those words fit Sabrina,” said Gail de Vos, a professor in the School of Library and Information Studies.

“It’s very timely, it does reflect what’s happening in the States right now, the danger of conspiracy theories and fake news. I don’t think people who rarely read a graphic novel had any idea a story like this could be told in such an effective way.”

De Vos, who teaches graphic novels said she hopes the accolade encourages more people to discover what a powerful format it is for conveying contemporary stories, and has suggestions from the past year to entrance the uninitiated.

As a reviewer for the librarian-curated graphic novel website No Flying, No Tights, de Vos has had a chance to identify a few recent highlights of her own from the seemingly boundless universe of graphic novels, with an emphasis on the Canadian and Indigenous graphic novels she teaches.

Speak by Canadian illustrator Emily Carroll, which adapts a best-selling young adult novel by Laurie Halse Anderson, shares with Sabrina a serious subject matter and a simple style that enables readers to imagine themselves as characters in its mundane settings.

“Emily Carroll is a badass. I think she’s probably my favourite illustrator,” de Vos said. “What she does with this novel about sexual abuse, the illustrations are approachable, they’re a bit more detailed than those in Sabrina, but they still could be you, me, our neighbours. It allows people to come in and self-identify.”

“It’s new every time I look at it,” said de Vos. “I spend as much time looking at the illustrations as reading the stories.”

She also endorses the visual charms of The Witch Boy by Molly Knox Ostertag, a story for younger readers about a would-be witch flouting the gender norms of his supernatural society.

Readers looking for a Canadian story may want to check out Idle Days by writer Thomas Desaulniers-Brosseau and illustrator Simon Leclerc, about a Second World War deserter hiding out in his grandfather’s cottage in a remote Quebec town.

“You watch his mind fumble with reality and disintegrate, and yet it comes out hopeful in the end,” de Vos said. “It’s a historical slice-of-life novel that is very Canadian, but it could also be anywhere. And it’s brilliant.”

While her favourite Indigenous graphic novel is The Outside Circle by U of A alumna and recently appointed senator Patti Laboucane-Benson, de Vos said there are amazing new works by Indigenous authors coming out all the time, from Jason EagleSpeaker’s retelling of Blackfoot legends to Michael Nicoll Yahgulanaas’s bold combination of Haida art and Japanese comic styles in Red: A Haida Manga.

She said the new year will bring a third instalment of Moonshot, a Kickstarter-funded graphic novel series created and edited entirely by Indigenous contributors including Edmonton’s Richard van Camp.

In terms of expanding readers’ understanding of what graphic novels can do, de Vos pointed to the niche known as “graphic medicine”—stories by medical practitioners, patients and their families that are both emotionally involving and educational about illness and treatment, such as In Between Days by Teva Harrison, a Canadian writer and graphic artist who is battling breast cancer.

“The graphic medicine thing is amazing because they’re reaching people who, in many cases, don’t have the stamina or the time to read a textbook,” de Vos said. “They’re accessible to people who don’t resist the fact that they’re reading comics. Some people will always resist because they think comics are for children.”

Other recent graphic novels that go to unexpected places are Anthony Bourdain’s Hungry Ghosts, illustrated by well-known horror comics artists, which contains both ghost stories and recipes from the late chef and TV host, and In the Pines: 5 Murder Ballads by Dutch artist Erik Kriek, whose panels illustrate a grim American folk music tradition.

“There are lots of graphic novels that tell music stories. So if you had someone who is into music but not into graphic novels, you could give them something like that,” de Vos said.

“I don’t think there’s anything that hasn’t been told in a graphic novel.”