Green and Golden anniversary for Phys Ed and Rec

Faculty of Physical Education and Recreation celebrates 50 years at the forefront of sport and recreation. 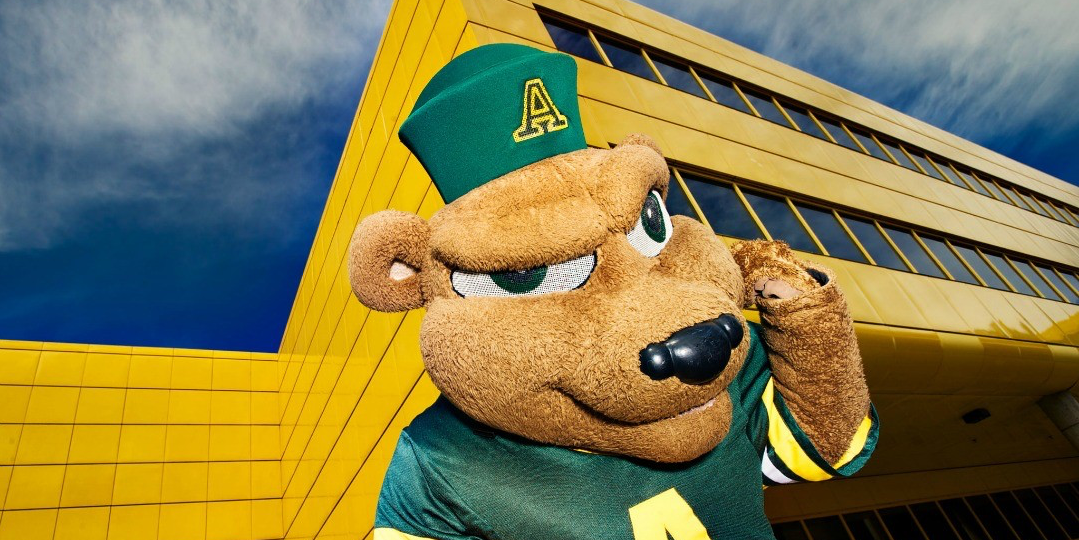 There's a lot to cheer about as UAlberta's Faculty of Physical Education and Recreation celebrates 50 years as a leader in the art and science of human movement.

(Edmonton) The University of Alberta’s Faculty of Physical Education and Recreation is celebrating 50 years of international leadership and innovation during the 2014-15 academic year. Beginning with events in September and concluding with the grand opening of the Physical Activity and Wellness (PAW) Centre in March, the faculty is shining a light on its storied past, as well as its bright future.

A living laboratory for sport and recreation

Today, the faculty is a living laboratory of sport scientists and researchers including sport psychologists, a beacon of coaching development in Canada and a breeding ground of champions. Physical achievement and recreation weaves in and out of high-performance sport and is fully integrated with athletics and recreation service programs.

Researchers including both faculty members and students work with and alongside high-performance or recreational athletes in pursuit of new knowledge in the study of human motion and achievement, while some of the most successful coaches in Canada and North America instruct sport-related classes. Recreation Services staff teach physical activity classes in well-appointed facilities managed by the faculty’s Operations division.

Not only are Golden Bears and Pandas Athletics perennial championship contenders in a wide variety of sports, but student-athletes have combined to propel the U of A to the top of the national class in all-time Academic All-Canadians, an honour awarded to full-time student-athletes who achieve the equivalent of at least 80 per cent in full-time academic pursuits.

Recreation Services serves the university community with a choice of more than 500 sport and fitness programs, intramural sports and student-led sport clubs. Among the programs is the recently launched LiveWell program, which has a goal to increase awareness of wellness services offered on campus and to lead the way toward a healthier campus community by bringing together wellness leaders on campus to deliver a comprehensive well-being package, and to connect and engage with U of A students by identifying their physical and emotional needs.

First of its kind

The faculty’s roots can be traced back to 1908, when athletic competition began during the U of A’s first year. But it wasn’t until 1964, under the leadership of inaugural dean Maurice L. Van Vliet, that the Faculty of Physical Education and Recreation was created.

From the first day of its existence, the faculty has been a magnet for international innovation and leadership. It began life as the first faculty of its kind in Canada and within the Commonwealth, which includes countries in South America, Africa, Europe, Asia and Australia.

In the 50 years since, the faculty has conferred 8,326 undergraduate degrees, 661 master’s degrees and 320 doctorate degrees. Its professors have published thousands of research papers and hundreds of books. And it has inducted 133 members into the U of A’s Sports Wall of Fame, and named 43 professors to emeritus status.

Counted among the faculty’s 8,988 alumni are innovators, leaders and trailblazers including Robert Steadward, member of the International Olympic Committee and co-founder of the Paralympics; Susan Nattrass, Olympian trap shooter and osteoporosis researcher; Wilton Littlechild, the first Treaty Indian elected to Parliament and member of the Order of Canada; Clare Drake, the most successful coach in the history of Canadian men’s university hockey; and Randy Gregg, family physician and five-time Stanley Cup champion.

Not surprisingly, the faculty has had a long history of success in sport, having hosted four major international events—the 1970 International Federation of Associated Wrestling Styles (FILA) World Wrestling Championship (the first time the event was ever hosted outside of Europe), the 1978 Commonwealth Games, the 1983 World University Games and the 2001 International Association of Athletics Federation (IAAF) World Championship.

The faculty has also been a worldwide leader in the development of the Paralympic Games, thanks to Steadward’s leadership. In 1978 he opened the Canadian Research and Training Centre for Athletes with Disability at the U of A, now known as the Steadward Centre for Personal and Physical Achievement, and founded the International Paralympic Committee in 1989, serving as its president until 2001.

Building on a legacy

The faculty has continued to build on its remarkable legacy with the construction of world-class facilities in recent years. Already blessed with the Universiade Pavilion (or “Butterdome”) and Foote Field, respective legacies of the 1983 World University Games and the 2001 IAAF Track and Field Championship, the faculty opened the doors to the magnificent Saville Community Sports Centre in 2011. Named after the prominent Edmonton businessman, sports lover and philanthropist Bruce Saville, the multi-sport cathedral is home to North America’s largest expanse of hardwood flooring (at 320,000 square feet), 12 full-sized basketball courts, 24 full-sized volleyball courts, as well as a gymnastics centre, fitness centre, indoor track, one of the world’s best curling facilities, and the leading-edge High Performance Training and Research Centre.

With 50 years of international leadership and innovation in the books, and a vision of inspiring the human spirit through meaningful achievements in physical activity, sport and leisure to improve health and quality of life in all levels of society, the U of A’s Faculty of Physical Education and Recreation is well positioned to continue leading progress as the art and science of human movement comes together for the next 50 years.

Green and Golden anniversary for Phys Ed and Rec
Newsroom