Bears gradually become nocturnal to avoid contact with people, but many die before adapting successfully, according to study by ecologists from Western Canada. 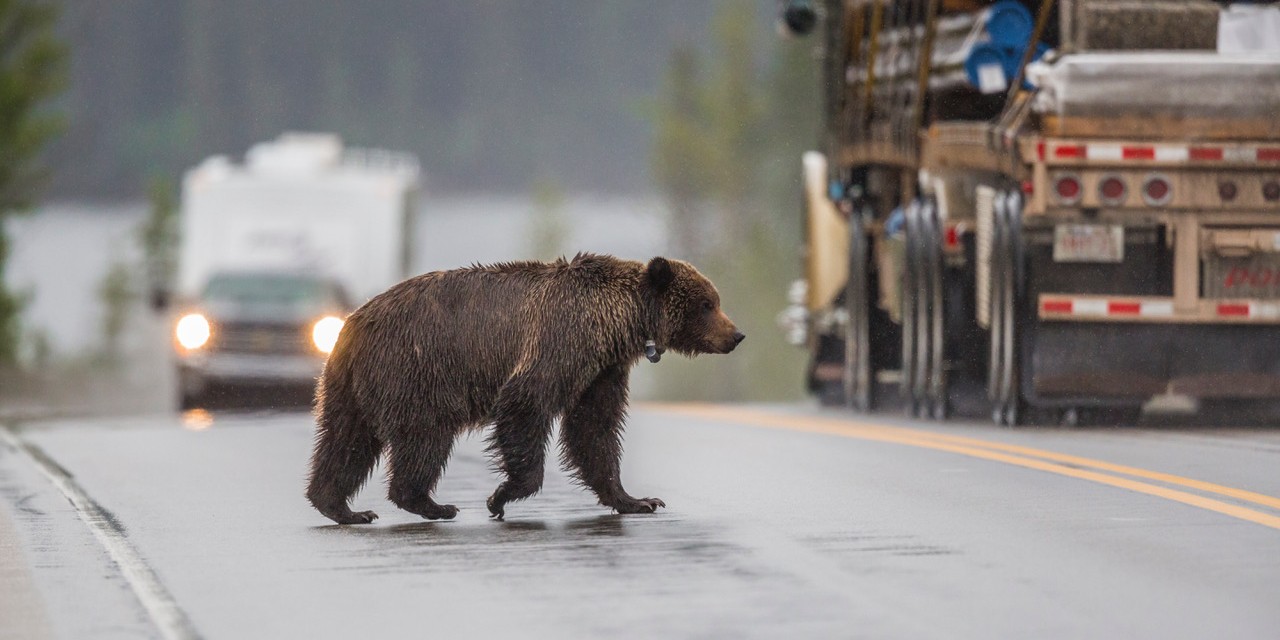 Learning to live alongside people comes at a high cost for grizzly bears, according to a new study by a team of ecologists from Western Canada.

“These animals are essentially faced with an ‘adapt or die’ scenario,” explained Clayton Lamb, lead author on the study, who conducted the research as part of his PhD with ecologist Stan Boutin and conservation biologist Scott Nielsen.

“The large carnivores we see near towns, most highways or any other highly human-dominated landscape are only able to persist there due to immigration from adjacent wilderness areas,” Lamb noted.

The researchers examined 41 years’ worth of data from more than 2,500 grizzly bears to understand the factors that promote successful coexistence.

“Human-dominated landscapes are risky for grizzly bears. To reduce this risk, many animals are avoiding people by becoming nocturnal,” Lamb said.

But this takes time, and many young bears die before they become successful at coexisting with humans. The study shows that for each bear that successfully coexists in a human-dominated landscape, about 29 other bears die trying to do the same—compared with four deaths in wilderness areas during the same time.

Dispersing bears from adjacent wilderness areas provide a supply of immigrants that replace those that are lost and allow bear populations to persist near people, the researchers found.

“With a shrinking supply of wilderness, the coexistence of large carnivores and people is a growing conservation challenge,” said Lamb, now a Liber Ero fellow at the University of British Columbia Okanagan.

Collaborators on the study include Adam Ford at the University of British Columbia Okanagan, Garth Mowat with the Government of British Columbia, and International Union for Conservation of Nature members Michael Proctor, Bruce McLellan and Lana Ciarniello.

The study, “The Ecology of Human-Carnivore Coexistence,” was published today in Proceedings of the National Academy of Sciences.

—with files from Sean Townsend