Why do groundhogs really come out of their burrows every February? Even scientists aren’t sure. 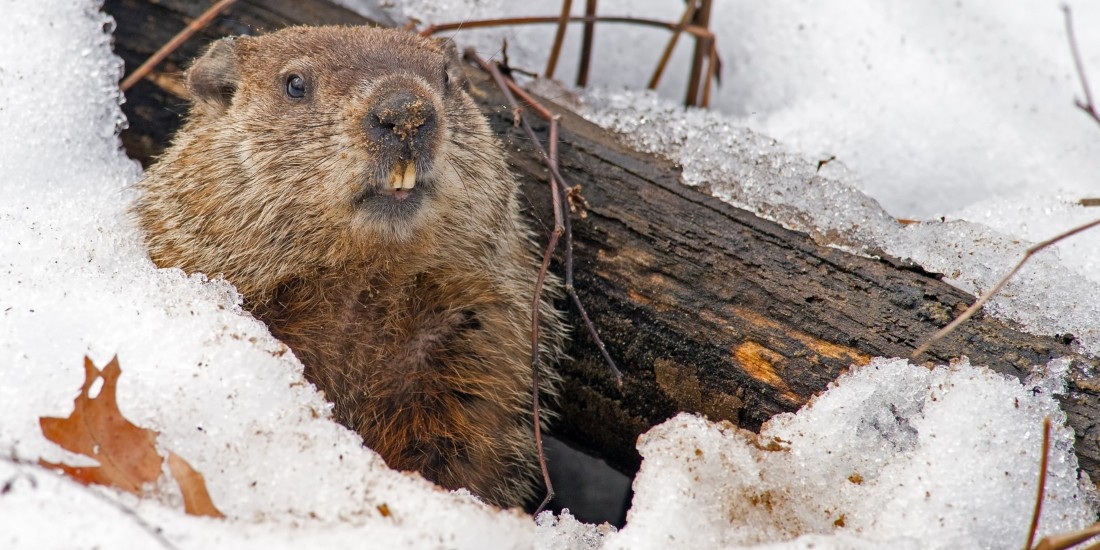 There are many reasons groundhogs emerge from their burrows in early February—so many that scientists still aren't exactly sure how it happens—but predicting how much longer winter will last isn't one of them, says a U of A expert. (Photo: Getty Images)

It spawned a cheesy movie and crowds gather for it every year, but Groundhog Day is more about fun than fact, says a University of Alberta expert.

Brought by German immigrants to Pennsylvania, the popular weather-predicting tradition stems from the superstition that if a hibernating groundhog emerging from its burrow on Feb. 2 sees a shadow due to clear weather, it will retreat to its den and winter will last another six weeks. If it can’t see its shadow because of cloudiness, spring will come early.

“Although the first groundhog in that area of Pennsylvania does emerge around February 2 each year, any relation between seeing a shadow or not and future weather is pure myth,” said Jan Murie, a professor emeritus in the Faculty of Science.

In fact, not much is really known about what causes groundhogs—the chunky relatives of squirrels and marmots—to come out of hibernation when they do, Murie said.

“Like a lot of ecological questions, there’s so much environmental and individual variability.”

Even something as simple as ice-plugged burrows can affect when a groundhog pokes its head out to check on spring, Murie said.

“There’s a suite of things, a multitude of reasons that can have an effect.”

For instance, in the Richardson’s ground squirrel—a relative of the groundhog—it’s been discovered that there are some biochemical factors that could play a role, Murie said. Temperatures and timing of weather events like snowstorms, as well as snow depth, have also been explored, “but research hasn’t been able to pin down an exact sequence of events that lead to emergence.”

That said, animals do follow annual cycles like migration, breeding—and hibernation—that influence behaviour, Murie noted. And groundhogs, which are found across North America, do emerge from their underground dens in Pennsylvania in early February, after going into hibernation in September or October.

“You can see why people at the time called it Groundhog Day.”