Half of those considering divorce change their feelings within a year

Thoughts of divorce are common and dynamic, study says. 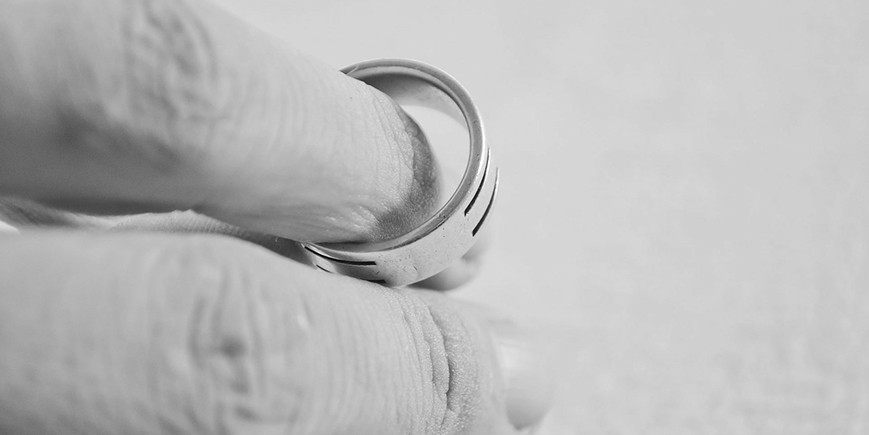 If you’re thinking about getting a divorce, give it a year—there’s a 50 per cent chance that your feelings will change quite dramatically.

That’s one of several fascinating discoveries made by researchers who looked at what people are thinking when they are considering divorce, and then how they feel a year later.

The study grouped people who were thinking about divorce into three categories: soft, serious and conflicted thinkers, said Adam Galovan, a family scientist in the University of Alberta’s Department of Human Ecology, and co-author of a U.S.-based study called the National Divorce Decision-Making Project.

The soft thinkers had infrequent thoughts of divorce and few problems, and were generally hopeful about improving their marriage. The serious thinkers thought about it more frequently, had more serious issues and felt less hopeful. The conflicted thinkers had the most intense problems—adultery, addiction, abuse—and more of them, yet scored highest on hope for their relationship. That group was the smallest, was the most religious and had the highest divorce rate.

After a year, about half of the subjects had switched categories, and they didn’t necessarily go from soft to serious thinkers, or vice versa. They “bounced around,” said Galovan. Some of the serious thinkers had even become non-thinkers.

“It’s not like you just think about divorce and do it—you tend to vacillate,” said Galovan, who was the chief data analyst of the study, co-authored by Alan Hawkins of Brigham Young University. The study surveyed a nationally representative group of 3,000 married Americans, ages 25 to 50.

In fact, when the researchers did qualitative, face-to-face interviews with a selection of the soft thinkers, several of those people were actually surprised to be reminded of their survey answer, saying, “I put that down?”

“Given today’s society, it’s almost impossible not to think about divorce when things are rough,” said Galovan. “Because we all know someone who has divorced—and we often hear the somewhat misleading statistic that one in two marriages ends in divorce—it makes divorce seem commonplace.

“A lot of times when things are bad, people feel they need to fix it and don’t know what to do, and so divorce is the default.”

Instead, this research tells people that thoughts of divorce are far more common than they might realize, that those thoughts are dynamic, and that they can actually help marriages, said Galovan.

“Couples can take these thoughts as an invitation to look at their relationship and do what they need to do to improve it.”

Another intriguing finding in their survey may support those ideas. One of the first questions posed to their sample was whether they had ever thought about divorce. About 30 per cent said yes, but not recently. Of that group, a whopping 90 per cent said they were glad they were still together.

For Galovan, all of the findings strongly suggest that while there are indeed marriages where divorce is a wise or inevitable decision, especially those marked by violence, for instance, in general it might be beneficial to slow down the process when thoughts of divorce pop up. While talking to friends or a counsellor seems like an obvious first step, this study’s research revealed a major action that many people are ignoring.

That means that one partner might have expectations that not only aren’t being met, but that they haven’t even vocalized, said Galovan.

“Maybe they just need to say, ‘I’m struggling, we need to do better, maybe we need to go on a date more often, or disconnect from our smart phones.’”

Until recently, Galovan says research has focused very little on how people decide to divorce, but rather on what its cause and effects are. However, that’s changing.

In the past five years, a new therapy has emerged, prompted by a Minnesota judge who was dismayed by how many seemingly compatible couples he was seeing in divorce court. It’s called discernment counselling, and in that model couples intent on divorce see a counsellor at least once to determine if that is indeed the only fix they are willing to pursue.

As well, in many jurisdictions couples with children are directed by the court to take a course on how they will parent once divorced, and therapists leading those courses hear telling remarks, said Galovan.

“A lot of people don’t take that course until the divorce is almost final, and some people say, ‘I wish I’d taken this course at the beginning of the process. I might have gone a different way.’”

Because we all know someone who has divorced—and we often hear the somewhat misleading statistic that one in two marriages ends in divorce—it makes divorce seem commonplace.

Half of those considering divorce change their feelings within a year