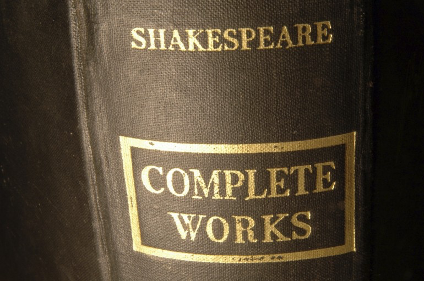 It is estimated that Shakespeare’s works are performed somewhere in the world every minute.

Happy 450th birthday, Shakespeare: all the world’s your stage 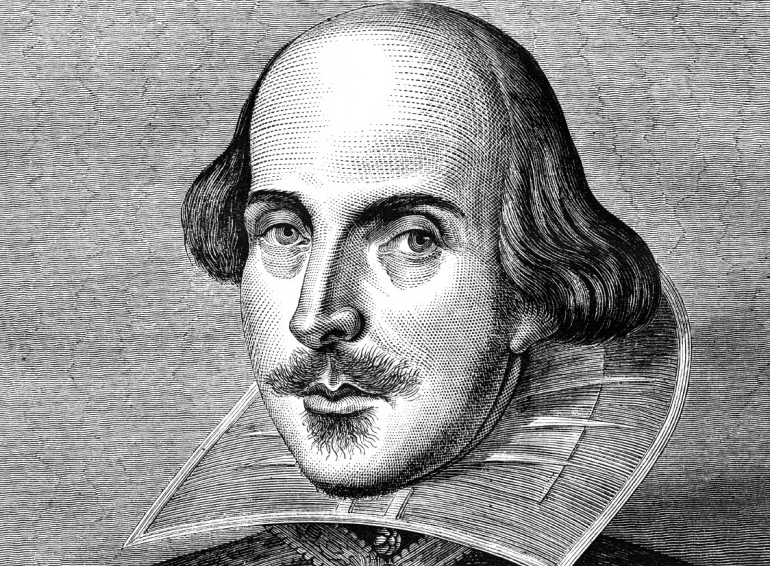 English professor talks about what drives our eternal fascination with the Bard's works and words.

(Edmonton) It is estimated that Shakespeare’s works are performed somewhere in the world every minute. That rate is likely to get even faster this week, as theatre houses and cities around the world mark the milestone of Shakespeare’s 450th birthday April 23.

From big-screen adaptations to annual Shakespeare in the Park festivals, the works and words of Shakespeare seem more alive than ever. But what drives our enduring fascination with Shakespeare more than four centuries after he wrote his great plays? English professor Rick Bowers believes it’s the “eminently translatable” nature of Shakespeare’s works.

“Four hundred fifty years is only a number. Shakespeare goes on forever,” says Bowers, who has been teaching Elizabethan and Jacobean drama at the University of Alberta for 27 years. “Everything translatable and changeable about Shakespeare adapts through time in a really compelling way.”

“[The playwrights] created in their own image—we do, too—but that is part of the fascination. Shakespeare is so transparent that it tells us more about our own time, probably, than it ever did about his. That’s what keeps people excited about it. It’s for everyone,” says Bowers. “Shakespeare is not a work of elite culture; it’s popular culture in its own time—and it’s popular culture today.

Also timeless are Shakespeare’s themes and sense of humour, which are particularly appealing to a 21st-century world, says Bowers. “The Victorians couldn’t handle him. They thought it was gross…. There’s some tough stuff in there, and we’re tough enough to take it. I don’t think the Victorians, or the 18th-century Augustan age, could handle these texts. But we’re not so polite, we can handle them,” he says with a laugh.

Researching the impact of Shakespeare

Bowers becomes animated while discussing the translatability of Shakespeare, and he’s dedicated part of his research career to this area: tracking the impact and influence of Shakespeare and his contemporaries throughout history, particularly in North America. For example, he’s published about George Frederick Cooke, the first international Shakespearean celebrity in America who became famous in the early 1800s. Bowers argues that Cooke is one of the first celebrity culture figures because he was hugely popular with American audiences and everyone “wanted a piece of him.”

Bowers has also published about the history of Shakespeare in relation to the Rocky Mountains. Bowers researched the trek of the Earl of Southesk through the Rocky Mountains in 1859. “The Scottish Earl came through here, stayed in Fort Edmonton, journeyed into the Rockies—packing his three-volume Shakespeare with him—and made reading notes the whole time. That was a fascinating thing to read and to work with. He would have been the first reader of Shakespeare through this part of the world.”

More recently, Bowers is focusing his research on other Elizabethan writers like John Webster, Christopher Marlowe and Ben Jonson, and their contributions to the new medium of professional theatre. “Out of that period comes a lot of our great slang words, word coinages, vocal gymnastics and a sense of style and excitement about language and presentation. And it’s not in the books, it’s in the air … in the way that the use of language translates into our conversations, then and now, and becomes ever-growing and ever-flowering,” says Bowers.

However, he admits that he always seems to return to Shakespeare.

Shakespeare in the classroom

Bowers first fell in love with Shakespeare as an undergrad at Dalhousie University. “In high school, it just wasn’t taught in an exciting way. It didn’t interest me so much as it did in university. The profs I encountered at Dalhousie were much more intimate and much more engaged with the material. And I saw it then as something that was alive,” he says.

It seems fitting that he’s spent his teaching career passing on the passion he gained as an undergrad to his own students. Students have praised Bowers for his ability to translate Shakespeare and Elizabethan drama in the classroom and for his enthusiastic passion for the subject. One student stated that Bowers “offered fresh insight to old literature and related it to the modern day in a non-forced way”; another student described him as “deeply passionate.”

“That sense of engagement with the text, the sense of discovery that students have—and that I have too, every time—is what keeps it fresh and interesting to me. You never get tired of Shakespeare.  And it’s not just new interpretations, it’s new engagement, it’s new contexts,” says Bowers, who has adapted his teaching methods throughout the years to include Internet sources like YouTube and Internet Shakespeare to keep students engaged with the material.

It’s important to Bowers that students see the Bard as more than words on the page. He wants students to see the texts as “actions that you engage with,” he says.

“We join in the creative act.”

Happy 450th birthday, Shakespeare: all the world’s your stage
Newsroom