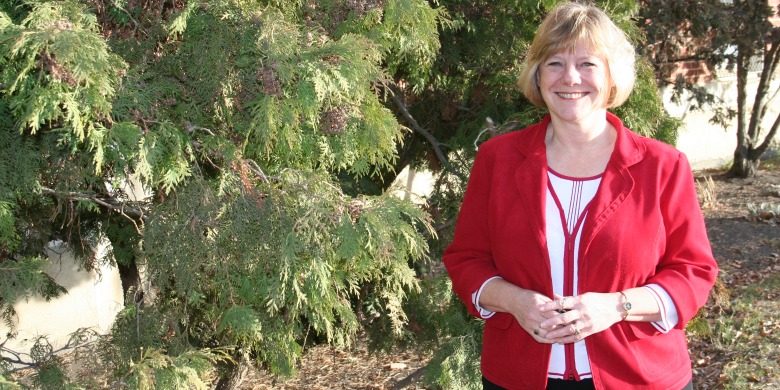 131128-tracey-derwing-banner
Tracey Derwing says immigrants, native English speakers, employers and government programs should all have a role in supporting second-language learners in Canada.

(Edmonton) Years after they arrive, some immigrants to Canada still find it difficult to improve their oral English skills, in part because of cultural differences, according to a University of Alberta study in which two groups of immigrants, Mandarin and Slavic language speakers, were compared.

Educational psychology professor Tracey Derwing, one of the study’s authors, says there are several reasons Chinese newcomers have a more difficult time than Russian and Ukrainian speakers, including cultural differences, language relatedness and the willingness of Canadian-born individuals to speak with immigrants. The findings of this study have implications for the public, the workplace, and language education programs in Canada.

Derwing and her colleagues noted that, over a seven-year period, the Slavic group showed significant improvement in oral language skills, but the Chinese group did not. One explanation may be that the Slavic group reported seeking out opportunities to practise English and they were more willing to communicate with native speakers, whereas the Chinese group worried about making mistakes and were more reticent.

Derwing suggests that employers and co-workers should engage immigrant co-workers in conversations; apart from helping people learn about each other’s culture, those conversations would have a side-effect of enhancing the immigrants’ oral language skills. Though she recognizes that some native speakers don’t wish to talk to non-native speakers because of bias, Derwing and her colleagues have shown that in many cases, native speakers’ reluctance to talk to immigrants is based on a fear of not understanding accents.

“There’s definitely a role for native speakers of English to be a bit more open to talking with second-language learners,” said Derwing. “Some people feel nervous about talking to second-language speakers because they’re afraid they’re not going to understand the non-native speaker, and they don’t want to embarrass that person by asking them to repeat.”

New immigration policies may not help

Derwing notes that many recent federal government policies seem to run counter to the notion that Canada is a welcoming society. For example, increasing the language requirements for federal skilled workers will not solve communication problems in the workplace caused by cultural differences. She says the government typically uses economic factors when assessing whether immigrants have successfully integrated, but focusing on economic success alone is not an accurate indicator of integration. Social, cultural and linguistic factors are also critical in determining whether newcomers will stay.

“There are really good social indicators of integration as well, and we should be paying more attention to those,” said Derwing. “Do immigrants vote once they get citizenship? Do they participate in other kinds of organizations that Canadians participate in? Those are the sorts of things that are really tied to language proficiency.”

Derwing suggests that employers may need to step in to support their employees’ language development—a move that could ultimately benefit companies. When frequent communication among employees is necessary, workplace language training programs become crucial. Derwing notes that some companies are already hiring in-house language educators. In the meantime, she says, federal and provincial language programs should include a stronger focus on speaking skills.