People have been in this area for more than 10,000 years, and we need to better recognize and preserve that history.

U of A anthropology student maps out likely sites of local First Nations archeological heritage. 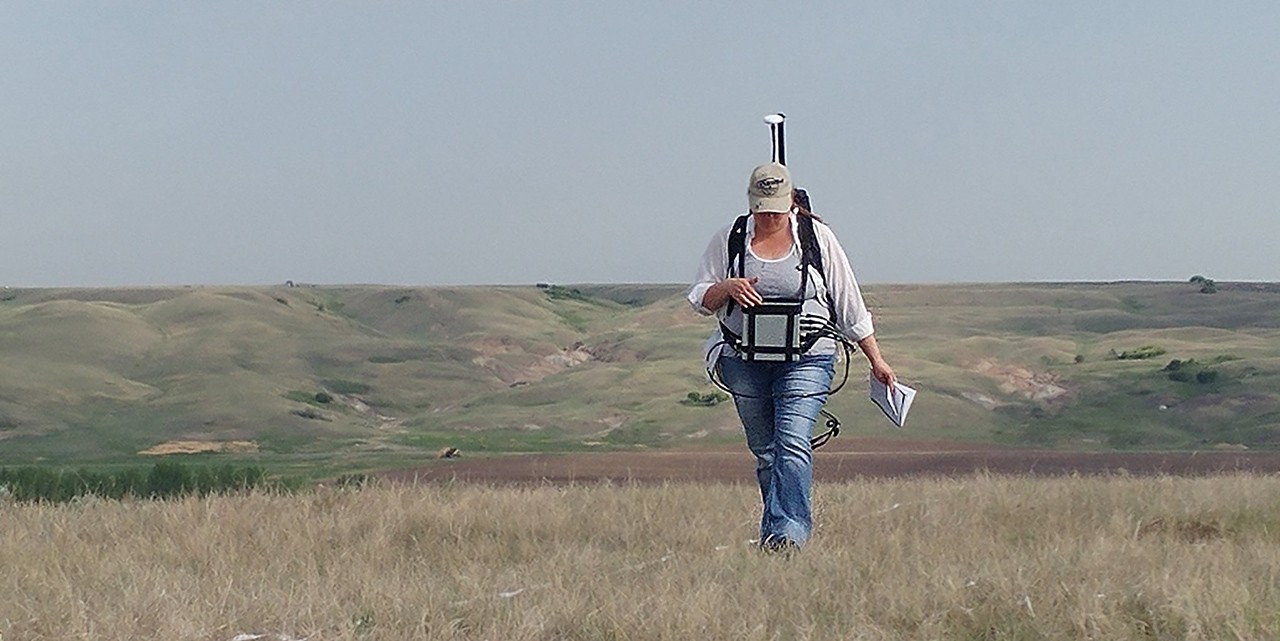 A University of Alberta student created a model to determine areas of potential archeological and heritage significance to help policy makers, urban planners and developers make better-informed decisions about where to set urban developments.

“In the spirit of truth and reconciliation, we need to better understand there are places within and around Edmonton that are important to First Nations people,” said Katherine Gadd, who undertook the project as a requirement for a senior-level advanced geographic information systems course for her master’s that saw students systematically look into ways to make Edmonton more livable by relying on geospatial data. “I know the City of Edmonton feels strongly about preserving the city’s heritage.

“People have been in this area for more than 10,000 years, and we need to better recognize and preserve that history.”

The lands the model was built for were annexed in 2017 by Edmonton from Leduc County, and stretch from the south edge of the current city limits to the north edge of the airport, and from west to east between the North Saskatchewan River and Highway 2.

Gadd, who worked in cultural resource management for more than a decade before returning to the U of A last year, explained heritage potential modelling depends on the assumption that people in the past thought about where to live in much the same way people today think about where to camp or hunt: ideally, sites should keep inhabitants and their dwellings dry, with close access to water, food sources and wood for fuel and construction.

“It’s hard to know what people were thinking,” said Gadd. “But we can look at the environment of the area knowing the resources that are important to people, and kind of highlight those areas that people are most likely to pick from.”

It is not exactly identifying where sites are; it is identifying areas that are environmentally desirable places for people to be.”

In creating the model, Gadd gathered data on all known archeological sites in the Edmonton area, then removed those that were not Indigenous pre-European contact sites.

“This focus was chosen because tipi-based camp locations are generally harder to identify than cabin remains used by settlers and Métis people later on.”

The anthropology student then pulled data sets of natural factors—such as bodies of water and tree stands—from Natural Resources Canada that may have an impact on site location decisions and compared them with the list of existing archeological sites.

“Obviously, riverbanks are important, but being right on the river was more important once the horse came to Alberta,” she noted. “Previously, it was more manageable if you had to haul water a little ways if you were staying near a berry patch or another resource, but horses require a lot more.”

Staying dry was also a consideration.

“You want to be set up on a fairly flat spot that is well drained. You don’t want to set your tent up in a puddle.”

In all, nine natural factors in deciding where to live were weighted and then layered onto a map that plots the likelihood of an archeological site. Currently, there are eight known pre-European contact archeological sites on the annexed land, but Gadd suggests there are likely more.

“The model does have some predictive powers, but its purpose is to give city planners and developers a targeted approach when looking for something, so they’re not just walking the prairie hoping to find something.”

Since provincial heritage legislation was enacted in the 1970s, the Alberta government has been monitoring archeological, paleontological and heritage resources for the benefit of all Albertans. To aid in identifying archeological sites, previous heritage potential models began to be used in the late 1990s in Alberta to help developers and the natural resource industry avoid areas with a high potential for archeological remains that would cause serious cost increases.

“There isn’t going to be a site in every spot, but these are the most likely places to pick from. It is helpful for developers and city planners to look at it and say, ‘Here are some areas we might want to approach more cautiously.’”