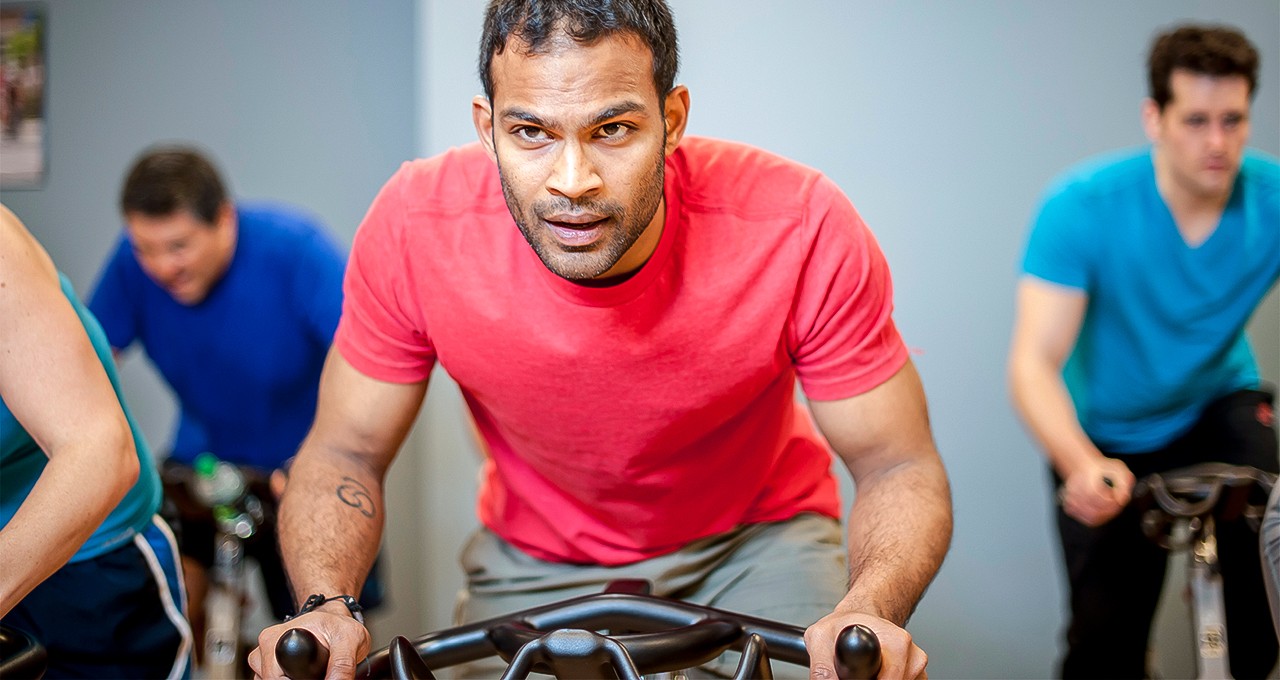 Testicular cancer survivors have a markedly better chance of staving off cardiovascular disease caused by the cancer treatment and report a higher quality of life if they undertake some kind of high-intensity interval training (HIIT) as part of their recovery, according to new University of Alberta research.

Testicular cancer is the most commonly diagnosed malignancy in North American men aged 15 to 35, but it is highly curable, with five-year relative survival rates approaching 97 per cent. However, the conventional therapies—surgical removal of one or both testicles, followed by chemotherapy—contribute to an increased risk of cardiovascular disease and diminished quality of life.

While many of these chemotherapies do kill cancer, they can also damage the heart and cardiovascular functioning system, said Kerry Courneya, a cancer researcher in the Faculty of Kinesiology, Sport, and Recreation who won the Canadian Cancer Society’s O. Harold Warwick Prize for excellence in cancer control research earlier today.

“We wanted to find out if the chemotherapy damage to the vascular system could be repaired by exercise,” he said.

Courneya’s team randomly assigned 63 testicular cancer survivors to usual care (no exercise) or 12 weeks of supervised HIIT, which involves alternating periods of vigorous and light-intensity aerobic exercise, usually on a bike or treadmill.

Courneya said patients who did the HIIT significantly improved their oxygen consumption and reduced the prevalence of cardiovascular disease risk factors by 20 per cent compared with usual care.

“This magnitude of improvement is greater than that typically reported in exercise oncology trials that have tested mostly moderate-intensity continuous exercise protocols,” said Courneya.

The study also showed that patients who did the HIIT did significantly better in reversing mortality biomarkers such as arterial thickness and stiffness, post-exercise parasympathetic reactivation, inflammation and low-density lipoprotein than patients who received the usual care.

Participants also reported improved mental health during the 12-week program and saw a reduction in fatigue, a common lingering side-effect of treatment for testicular cancer that Courneya said can continue for many years.

“We saw a very positive response to the intervention both physiologically and psychologically,” said Courneya.

“There is this idea that higher levels of testosterone allow you to benefit even more from the exercise, which supports this idea about testosterone replacement,” he said.

Courneya added participants said they found interval workouts easier to complete than something with high intensity that runs continuously for 30 or 40 minutes.

“This type of HIIT exercise may be better for maximizing benefits. Walking is still very good, but you can maximize benefits with this type of higher-intensity interval training.”