Highway medians are a food source for wildlife, study shows

Small mammals are foraging in vegetation growing in medians—and getting to it by using passages meant to help them cross highways, according to U of A biologist. 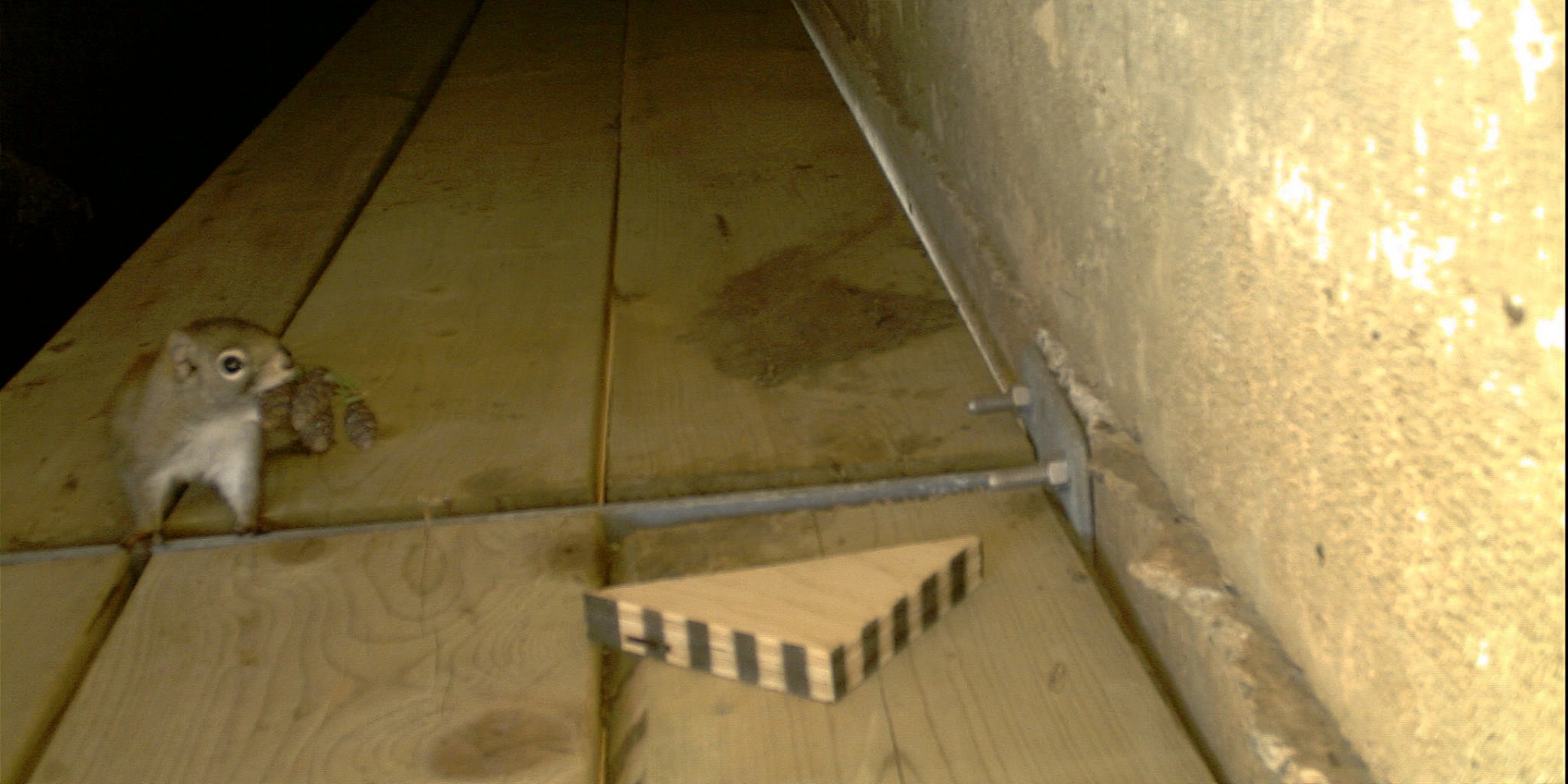 A red squirrel is caught on camera on a wildlife passage at a four-lane highway in Quebec. Squirrels and other small mammals use the passages to get to vegetation growing in the highway medians. (Photo courtesy of April Martinig)

Small animals such as weasels, mink and chipmunks are using highway medians as food sources, according to new research by University of Alberta biologists.

“We observed animals foraging for everything from other mammals, such as red squirrels looking for birds, to vegetation, like chipmunks with full cheek pouches,” said April Martinig, a PhD student in biological sciences and lead author on the study.

The researchers collected data over three years using infrared cameras installed at six locations along a four-lane highway in Quebec with vegetation growing in the medians.

The results showed many small mammals were getting to the medians through wildlife passages, which are designed to help animals circumvent human-made barriers such as roadways.

“I did not expect to see such a wide variety of foraging behaviour,” said Martinig, who is conducting her PhD studies under the supervision of ecologist Stan Boutin. “I also did not expect to see animals using the wildlife passages specifically to forage, since the prevailing assumption is that animals use wildlife passages to cross highways, not spend time in the habitat between highway lanes.”

She added that weasels were the most likely species to forage in the vegetated median, followed by red squirrels, chipmunks, mice, voles, shrews, moles and mink.

Martinig said that in addition to showing how flexible and adaptable animals can be, her research has practical implications.

“Maintaining habitat between highway lanes such as with a vegetated median and not providing safe access to it with something like wildlife passages might attract animals to roads, where they are at an increased risk of collisions with vehicles.”

The study, “Vegetated Highway Medians as Foraging Habitat for Small Mammals,” was published in the Wildlife Society Bulletin.

Highway medians are a food source for wildlife, study shows