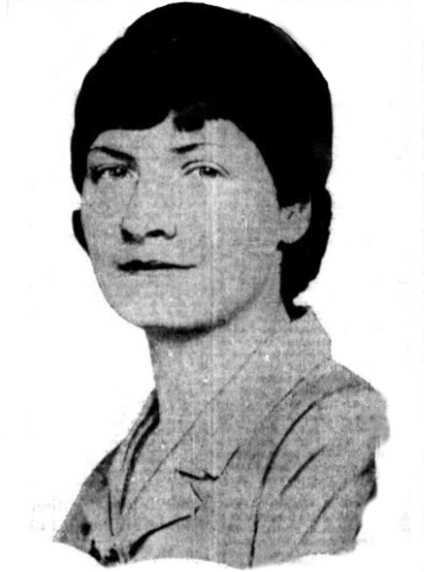 Photograph of Rhea Clyman from a Toronto Telegram story she wrote in 1933 (Photo: Ukrainian Jewish Encounter)

Rhea Clyman is regarded as the first western journalist to expose the forced famine that killed millions of Ukrainians in the 1930s. 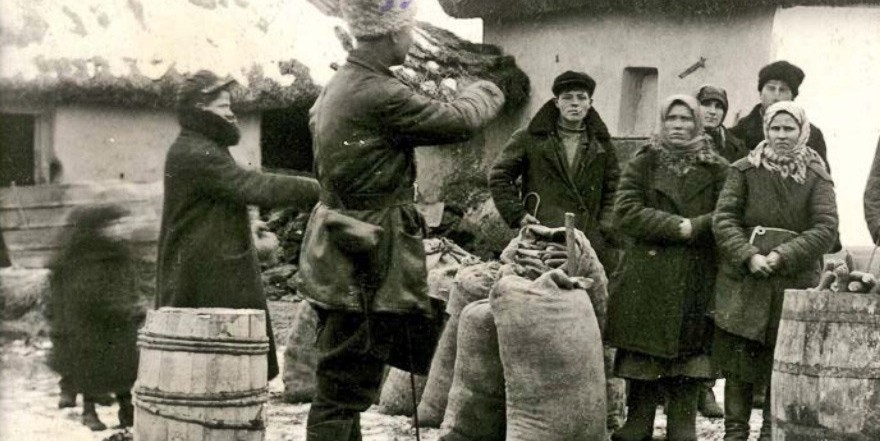 Soldiers confiscate grain from peasants in Novokrasne, Ukraine, in 1932 during the Holodomor. Canadian-born Rhea Clyman is considered the first western journalist to document the deliberate starvation of millions of Ukrainians by the Stalin regime. (Photo: history.org.ua)

She is considered the first western journalist to expose the Soviet famine-genocide that killed millions of Ukrainians in the early 1930s. But although Rhea Clyman sent numerous accounts of Soviet and Nazi atrocities to North American newspapers as a foreign correspondent, she was soon largely forgotten.

That is, until four years ago, when Jars Balan, director of the Canadian Institute of Ukrainian Studies at the University of Alberta, began researching representations of Ukraine in the Canadian press between the first and second world wars.

Sifting through newspaper archives of the period, a researcher assisting him at the institute came across an article by Clyman describing the Holodomor—Soviet leader Joseph Stalin’s forced famine—in the Toronto Telegram. Balan had never heard of her.

Digging further, his team discovered a 1932 Evening Telegram edition with a front-page banner headline reporting that its Moscow-based correspondent had been “Driven From Russia” and attacked as a “Bourgeois Troublemaker.”

By the following day, the story of her expulsion had appeared in newspapers across North America.

Balan soon realized he was on to something big. He changed course and devoted the bulk of his time to Clyman’s story, embarking on a book-length biography and serving as primary consultant for a documentary film on her life released last year.

"She's someone every Canadian should know about,” said Balan. “Hers is such an amazing story. She reported from two totalitarian regimes, was a feminist, a single woman—a Jewish woman reporting from Nazi Germany.

“She even survived a plane crash that killed six people. Her life is an amazing series of adventures."

Clyman was born in Toronto in 1904, and lost part of her leg in a streetcar accident at the age of five. Her father died a year later. At 11, she was forced to take a factory job to keep the family afloat.

She supplemented her limited schooling with self-study and a few night-school classes, said Balan, and may even have taken some courses toward a university degree.

After a brief stint working for a psychoanalyst in New York, she landed in London, England, where she worked for Alberta’s agent general.

But by then Clyman’s heart was set on journalism. In 1928, after spending some time in Paris and Berlin, the 24-year-old left by train for Moscow with “little more than 15 pounds sterling in her pocket and a firm resolve to become a foreign correspondent,” said Balan.

She had no job and no place to stay, and knew no Russian. After spending a few nights sleeping in the bathroom of a correspondent who worked for the Chicago Daily News, she managed to secure a job with New York Times correspondent Walter Duranty, who became her mentor.

Within nine months her Russian was strong enough that she was ready to set out on her own, securing a job as Moscow correspondent with the London Daily Express. Moving about on a prosthetic limb—the result of her childhood streetcar accident—she travelled north to observe conditions in the Siberian labour camps, and then through the famine lands of Ukraine and the Kuban.

“Clyman was initially sympathetic to the revolutionary society Bolsheviks were promising to create, as Stalin embarked on the First Five-Year Plan,” writes Balan in a short summary of her life published in Ukraine Modern.

“However, over time, as she began to fully comprehend the scale, brutality and insidious nature of the institutionalized terror that the Communist dictatorship rested on, her enthusiasm for the Soviet ‘experiment’ waned.”

Her reports in the Toronto Telegram provided glimpses into the catastrophe that was unfolding in Soviet Ukraine and parts of southern Russia in the late summer of 1932, as Stalin “ruthlessly waged class war against the peasantry” and crushed any form of dissent or resistance.

Once expelled from the Soviet Union—the first journalist removed in a decade—she returned to Toronto for a short rest before heading off for Nazi Germany in 1933 to chronicle Hitler’s dictatorship for the London Daily Telegraph, said Balan.

“Given her Jewish background, it is more than a little surprising that she lasted five and a half years in the country as it was increasingly gripped by anti-Semitic violence,” he said.

After surviving the crash of an airliner ferrying refugees from Germany to Amsterdam in 1938, she returned to Montreal to become the resident correspondent for the London Daily Express, and three years later settled in New York.

“But her profile as a journalist seems to have steadily diminished after reaching its peak in the 1930s,” said Balan.

As a journalist she fell silent sometime in the 1940s, “an interesting exception being a letter to the editor that she had published in the New York Times on 25 November 1967 clarifying the contribution made by Americans to Soviet development during her time in Moscow.”

Clyman found it harder to get by as a single woman, taking on mostly secretarial jobs, and her later years remain mostly a mystery, said Balan. She died in New York in 1981 at the age of 76 without any mention in the press.

Last summer Balan finally tracked down Clyman’s death certificate—a huge step forward in his quest to bring her story back to life.

“The Holy Grail would be to locate a copy of the manuscript of the memoirs that she wrote and mentioned in a 1969 article about her in the Toronto Telegram,” he said.

“The passion, courage and keen eye for detail that she exhibited in her reports from the Soviet Union at a critical juncture in its evolution deserve to be better known—not only by students of Soviet history, but by all of the descendants of those who suffered through the beginning years of Stalin’s quarter-century reign of terror.”