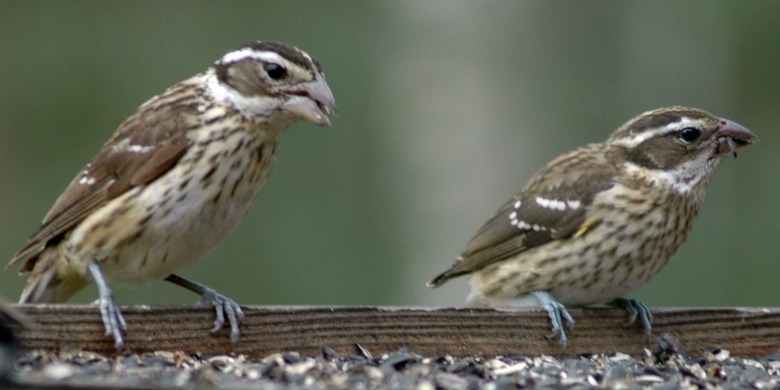 120914-baynebirds-banner
U of A conservation biology students uncovered startling results in a field research project, estimating that 22 million birds die each year in Canada by hitting house windows.

(Edmonton) The thud of a bird hitting a window is something many Canadian homeowners experience.

University of Alberta conservation biology students tapped into that shared experience with homeowners in the Edmonton area, and their data netted startling results.

Data collected by the third-year U of A students led to a staggering estimate that 22 million birds a year are killed in collisions with house windows across Canada.

U of A biology professor Erin Bayne supervised the student research. “The main purpose was a teaching exercise, to get the students out there interacting with the public and doing real research,” said Bayne.

“Little research has been done to document the significance of these collisions for Canada’s bird populations, and the results show window strikes are an important factor.”

The research was done in Edmonton and the surrounding area using evidence gathered from more than 1,700 homeowners. Homeowners were recruited as citizen scientists for the study, and required to complete an online survey in which they were asked to recall fatal bird hits over the previous year.

Bayne and his team processed the Edmonton data and concluded that with about 300,000 homes in the study area, the death toll for birds from window strikes might reach 180,000 per year.

The researchers applied that figure to national housing statistics and arrived at the 22 million figure for bird-versus-window fatalities.

Bayne says that many people recalled bird strikes at their homes, but there was little awareness that residential window deaths might affect bird populations.

The main factors influencing the frequency of collisions were the age of the trees in the yard and whether or not people fed birds.

“In many cases, people who go out of their way to help birds by putting up feeders and bird-friendly plants are unwittingly contributing to the problem,” said Bayne.

One tip the researchers have for safer placement of a bird feeder concerns its distance from the house. Bayne says the safety factor has to do with a bird’s flying speed. As with car crashes, speed kills.

“A feeder three to four metres from a window is bad because the bird has space to pick up lots of speed as it leaves the feeder,” said Bayne. Fast-flying birds like sparrows and chickadees, and aggressive birds like robins, are apt to collide with windows placed too close to free food. Placing the feeder either closer or much further are options.

Researchers believe many window collisions are caused by in-flight mistakes. “It’s called a panic flight; a bird startled by a cat or competing with other birds at the feeder may suddenly take flight and doesn’t recognize the window as a hazard,” said Bayne.

The research was published in the journal Wildlife Research.