Ian is a brilliant ecologist who has helped educate more than 30 years' worth of our graduate students.

Honouring a lifetime of Arctic achievement

Ian Stirling recognized for research that has led to a new era of understanding of the North. 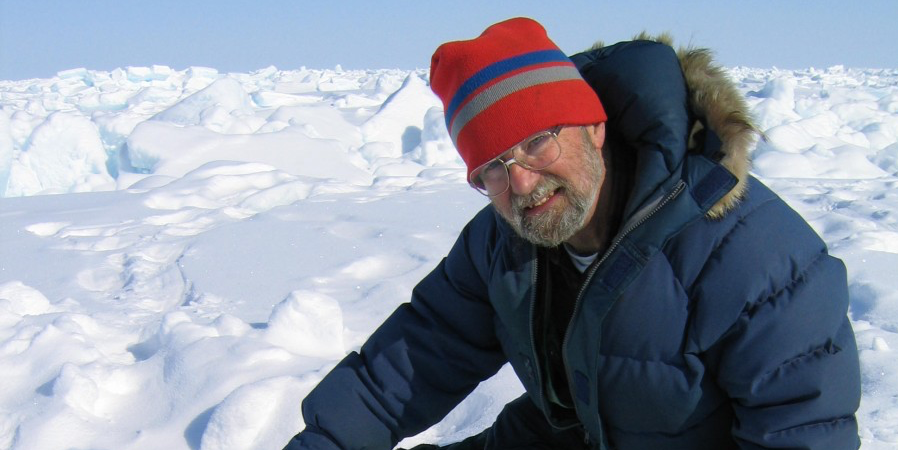 Longtime University of Alberta adjunct professor Ian Stirling has been awarded the Weston Family Prize for Lifetime Achievement in Northern Research. The award recognizes the vast collection of work from the world-renowned Canadian polar marine mammal scientist, which has led to a new era of ecological understanding of the Arctic.

For more than 35 years—nearly his entire career—Stirling has served as an adjunct professor in the Department of Biological Sciences. “Ian is a brilliant ecologist who has helped educate more than 30 years' worth of our graduate students,” says department chair Michael Caldwell. “He gave our students access to things they couldn’t get from anyone else, certainly nobody of his stature.”

Stirling has studied the ecology and behaviour of Arctic marine mammals for more than 40 years. Much of his research has focused on the ecological relationships between seals, polar bears, and sea ice conditions. He was the first researcher to identify the correlation between the decline of a polar bear subpopulation and climate warming.

Caldwell notes that Stirling’s adjunct professorship has provided a perfect partnership for the university and the science community. “Young people always have great ideas and great energy. Ian was also able to infuse them with his energy and ideas and vice versa.” In fact, though he is semi-retired, Stirling still sits on thesis committees and gives lectures from time to time.

Corey Davis, who was co-supervised by Stirling for his PhD research on seals, says the benefits of working with the legendary scientist were priceless. “Ian has spent more time observing Arctic marine mammals than anyone I know,” reflects Davis, who now works as a DNA-sequencing specialist for the Department of Biological Sciences. “He knows everybody there is to know, and he knows how to get around in the field.”

Stirling is unique in that he conducts field work in both poles, and Davis had the rare opportunity to travel to Antarctica with Stirling on a research expedition. “We were collecting DNA from individual seals to generate genetic fingerprints to study population structure,” Davis recollects. “I remember stepping on to an ice floe, and the edge cracked. I fell backwards to avoid falling in to the water, and all I remember is Ian saying ‘Keep going.’”

Stirling has taken his own advice to keep going in a metaphorical sense. “He remains very active to this day,” says Davis of the emeritus scientist with Environment Canada, noting that many of the people working in the field are Stirling’s former grad students.

“Ian is one of my heroes,” says David Coltman, ecologist and associate dean (research) in the Faculty of Science. “He’s a towering figure in marine mammalogy. I read all of his papers as a grad student. When I came to the U of A, I was thrilled to have the opportunity to work with him.” Coltman got that opportunity and has since co-published several papers with Stirling, with several still in the works. “They don’t make them like Ian anymore,” he notes fondly.

Stirling was presented with the $50,000 prize on December 9 at ArcticNet’s 2015 Annual Scientific Meeting, the largest annual gathering of Arctic researchers in Canada, held this year in Vancouver. The annual Weston Foundation prize, launched in 2011, recognizes a leading Northern researcher in natural science and is the largest award of its kind.