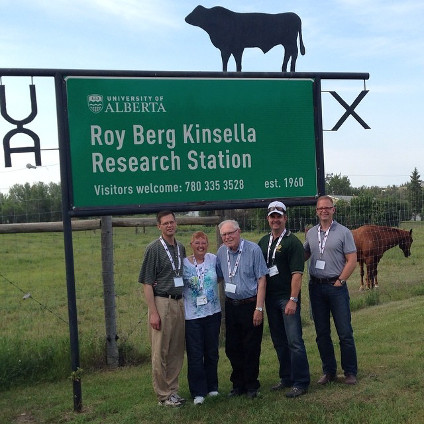 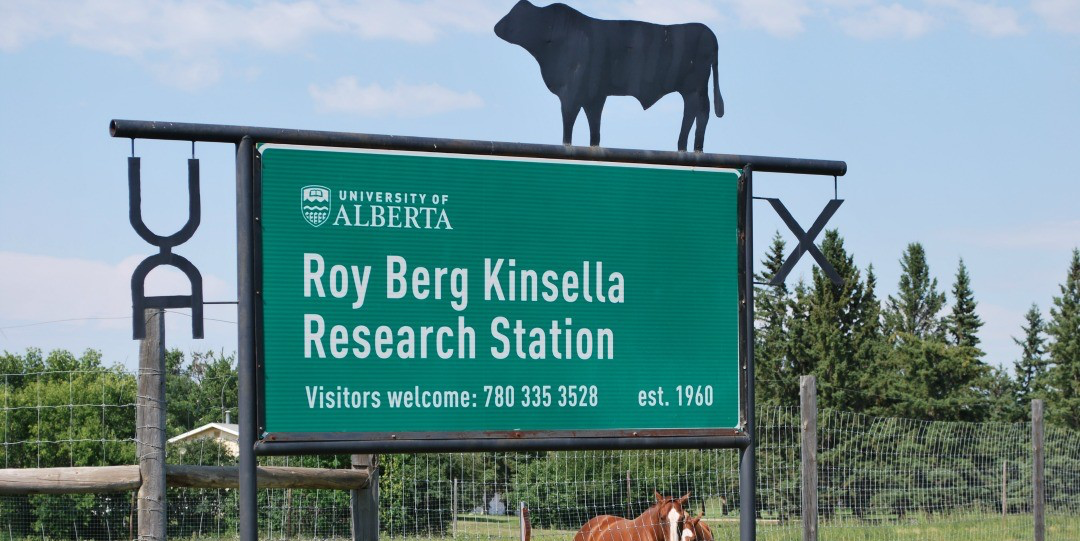 (Edmonton) Fifty-four years after a young University of Alberta animal geneticist obtained funding to buy a ranch, travelled the province and found the perfect piece of land to conduct his cattle research program, Roy Berg got his due.

More than 350 people attended the dedication ceremony held in mid-August, hosted by Livestock Gentec and emceed by Stan Blade, the recently appointed dean of the Faculty of Agricultural, Life & Environmental Sciences. Guests included more than 40 members of the extended Berg family and many of Roy Berg’s former colleagues, students and friends, including Paul Arthur, a former graduate student who travelled all the way from Australia to attend, and Bob Church, Berg’s second graduate student.

Berg’s daughter, Ruth Ball, said her father “would have been very proud—and humbled—by what is going on here today. He would have so enjoyed seeing that the ranch is continuing to support quality beef and rangeland research.”

Mick Price, who came to the U of A to do a post-doctoral fellowship with Berg and then stayed for his entire career, explained that in 1960, Berg’s research, which had everything to do with cross-breeding, was considered “the devil’s work.”

The common belief in the beef cattle industry at the time was that if you cross-bred, the first generation would be a little more productive and a little stronger because of hybrid vigour but subsequent generations would essentially deteriorate.

“Nobody was espousing cross-bred herds of beef cattle anywhere in the world,” Price explained.

He said Berg knew subsequent cross-bred generations would continue to benefit from hybrid vigour and become more productive and stronger with each passing generation.

“He needed to prove it and he established two herds, an experimental herd and a control herd. It took about 10 years to prove his point,” said Price.

Berg’s hybrid breeding program eventually led to a 40 per cent increase in cattle productivity, helping to make Alberta the world leader in beef production that it is today.

The dedication took place during a field day, where participants toured the ranch to see its operations. The event was part of Livestock Gentec’s annual conference. Berg’s research program evolved through the years to become the Alberta Bovine Genomics program and then Livestock Gentec, which conducts genomic research to improve the health and production of all livestock.