Household cleaners may cause obesity in young children: study

Strong causal link found between heavy disinfectant use and childhood gut microbiome change and weight gain, according to U of A research. 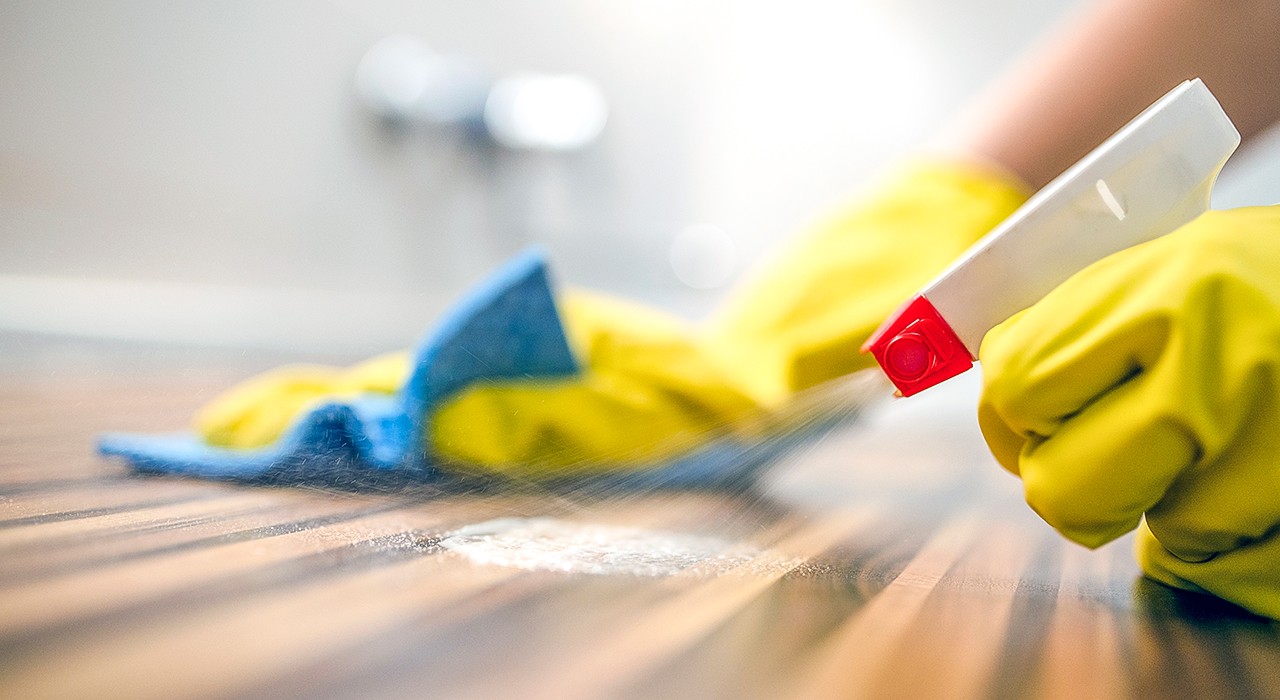 Frequent use of household disinfectants with antimicrobial or antibacterial agents is strongly linked with a higher risk of obesity in infants, according to new U of A research. (Photo: Getty Images)

Killing germs around the house may have a surprisingly negative impact on young children’s waistlines.

Breakthrough research out of the University of Alberta shows that frequent use of household disinfectants—primarily cleaners, but also baby wipes, that contain some kind of antimicrobial or antibacterial agents—likely increase the risk of obesity in young children.

“We found that infants living in households with disinfectants being used at least weekly were twice as likely to have higher levels of the gut microbes Lachnospiraceae at three to four months of age; when they were three years old, their body mass index was higher than that of children not exposed to heavy home use of disinfectants as an infant,” said Anita Kozyrskyj, U of A pediatrics professor and principal investigator on the SyMBIOTA project, an investigation into how changes in the infant gut microbiome affects health.

“We didn’t just find an association. Our ‘mediation’ statistical analysis suggests that a gut microbiome enriched with Lachnospiraceae early in infancy was likely directly responsible for children becoming overweight or obese,” she added.

“We did not find a relationship between detergents, gut microbiome change or obesity risk independent of whether disinfectants were used,” said Kozyrskyj, noting that it was important to separate detergents from disinfectants because usage of both is highly correlated.

More than 80 per cent of households use multi-surface cleaners with disinfectants weekly or more, noted Kozyrskyj, adding that the infant exposure likely occurs through aerosol or touching surfaces. Some baby wipes also contain disinfectants.

“Based on this finding, which has also been shown in piglet studies, we recommend against frequent use of disinfectant cleaners in households with infants and that parents consider alternatives.”

On the other hand, the study showed infants in households with high use of ecologically friendly cleaners had decreased odds of becoming overweight or obese—but this was not related to their gut microbiome as an infant.

“Those infants growing up in households with heavy use of eco-cleaners had much lower levels of the gut microbes, Enterobacteriaceae. However, we found no evidence that these gut microbiome changes caused the reduced obesity risk,” she said.

Instead, she speculated that mothers in households using a lot of eco-products may eat healthier food, and thus have healthier microbiomes during pregnancy, which would have a positive impact on the newborn’s microbiome and later weight gain.

Bottom line, said Kozyrskyj, is that you can help protect your infant’s gut microbiome and reduce their risk of weight gain and obesity by eliminating disinfectant agents in your household cleaning regime.

The study was funded by the Canadian Institutes of Health Research.

Household cleaners may cause obesity in young children: study